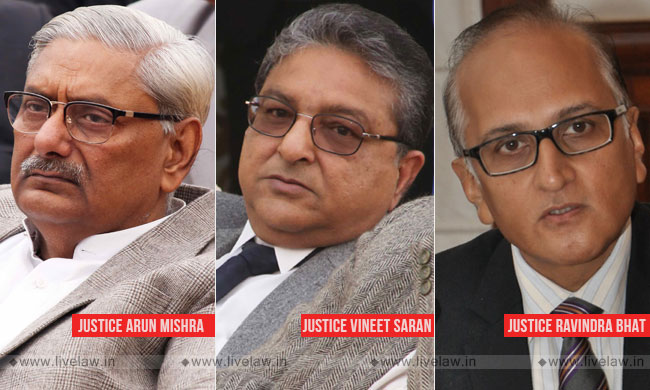 "In the absence of any such provision in the concerned statute, such power of Review cannot be exercised by the authority concerned."

The Supreme Court has reiterated that the power of review can be exercised by a statutory authority only when the statute provides for the same.

The bench comprising Justice Arun Mishra, Justice Vineet Saran and Justice S. Ravindra Bhat observed thus while setting aside the order of a collector who reviewed a land acquisition Award.

The court observed that there is no provision under the Land Acquisition Act, 1894 for review of the Award once passed under Section 11 of the Act and had attained finality and the only provision is for correction of clerical errors in the Award which is provided for under Section 13A of the Act, which was inserted with effect from 24.09.1984. The bench observed:

A bare reading of the said Section 13A would make it clear that the same is not a provision for Review of the Award but only for correction of clerical or arithmetical mistakes in the Award. It is further provided in the sub-Section (1) of Section 13A that the said correction can be made at any time, but not later than six months from the date of award

It was, therefore, observed that the Review Award could not have been passed under Section 13A of the Act, which is meant only for correction of any clerical or arithmetical mistake. In the absence of any such provision in the concerned statute, such power of Review cannot be exercised by the authority concerned, the bench said while referring to the following observation made in Kalabharati Advertising vs. Hemant Vimalnath Narichania :

The law on the point can be summarised to the effect that in the absence of any statutory provision providing for review, entertaining an application for review or under the garb of clarification /modification/ correction is not permissible.