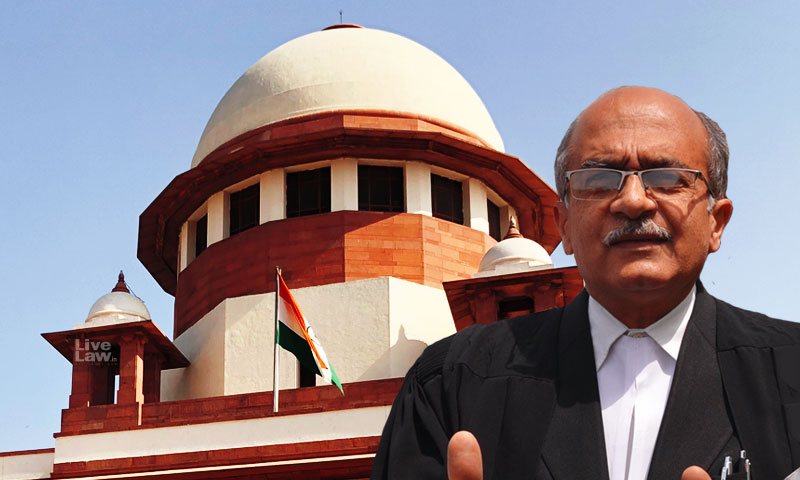 The Supreme Court Registry states that it has received a letter from Advocate Prashant Bhushan through E-­mail on 28.07.2020 in which he required the certified copies of administrative order and the petition related to Suo Motu contempt proceedings initiated against him. The SC Registry, in its office report, quotes Order XIII Rule 7...

The Supreme Court Registry states that it has received a letter from Advocate Prashant Bhushan through E-­mail on 28.07.2020  in which he required the certified copies of administrative order and the petition related to Suo Motu contempt proceedings initiated against him.
The SC Registry, in its office report, quotes Order XIII Rule 7 of Supreme Court Rules, 2013 in this regard. Rule 7 reads as follows:
"7. Notwithstanding anything contained in this order , no party or person shall be entitled as of right to receive copies of or extracts from any minutes, letter or document of any confidential nature or any paper sent, filed or produced, which the Chief Justice or the Court directs to keep in sealed cover or considers to be of confidential nature or the publication of which is considered to be not in the interest of the public, except under and in accordance with an order specially made by the Chief Justice or by the Court."

Meanwhile, Advocate Prashant Bhushan filed a writ petition against the Secretary General of the Supreme Court, seeking recall of the contempt notice issued against him on July 22 and also the order passed on July 24 listing the old contempt case taken against him in 2009 for final hearing. In this petition, Bhushan contends that the contempt petition could not have been placed before the Bench without giving him a copy of the administrative order, if any, and without giving prior notice of hearing.

It was on July 22 that the bench headed by Justice Arun Mishra issued contempt notice to Bhushan in a suo moto case taken with respect to two of his tweets on judiciary and the Chief Justice of India. In its order, the bench said that the contempt petition was placed before the judges on the administrative side  to examine whether it should be listed for hearing or not as permission of the Attorney General for India has not been obtained by the petitioner to file the petition. "After examining the matter on administrative side, we have directed the matter to be listed before the Court to pass appropriate orders.", it said.

The bench, also including Justices B R Gavai and Krishna Murari, prima facie, observed that his tweets "have brought disrepute to the administration of justice and are capable of undermining the dignity and authority of the Supreme Court in general and the office of the Chief Justice of India in particular, in the eyes of general public". The case is next listed on August 5.

In a related development, Bhushan, along with N, Ram (former Managing Director of 'The Hindu) and Arun Shourie (former Union Minister) filed a writ petition in the SC challenging the offence of 'scandalizing the court' under Section 2(c)(i) of the Contempt of Courts Act.