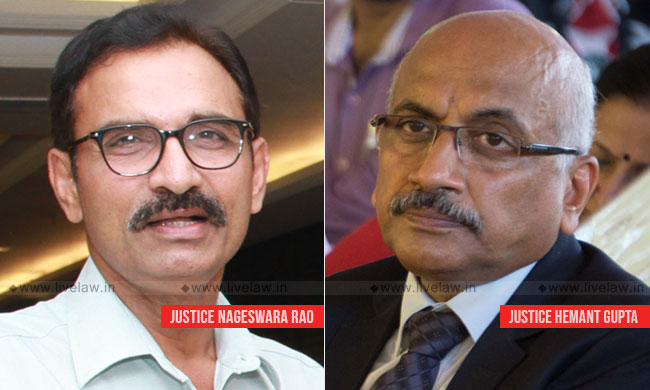 x
"The judgment of this court in Lalita Kumari does not state that proceedings cannot be initiated against an accused without conducting a preliminary inquiry"
Your free access to Live Law has expired
To read the article, get a premium account.

The Supreme Court has observed that a preliminary inquiry before registration of First Information Report (FIR) is not required to be mandatorily conducted in all corruption cases.

The bench of Justice L. Nageswara Rao and Justice Hemant Gupta was considering state's appeal against the High court judgment which quashed the criminal proceedings against a Police Officer who was said to be in possession of assets worth Rs.3,18,61,500 alleged to be disproportionate to his known sources of income.

Relying on Lalita Kumari v. Government of Uttar Pradesh, it was contended before the Apex Court in State of Telangana vs. Sri Managipet @ Mangipet Sarveshwar Reddy, that a preliminary inquiry before the registration of a crime is mandatory. Referring to the said judgment, the bench observed:

"It must be pointed that this Court has not held that a preliminary inquiry is a must in all cases. A preliminary enquiry may be conducted pertaining to Matrimonial disputes/family disputes, Commercial offences, Medical negligence cases, Corruption cases etc. The judgment of this court in Lalita Kumari does not state that proceedings cannot be initiated against an accused without conducting a preliminary inquiry"

The scope and ambit of a preliminary inquiry being necessary before lodging an FIR would depend upon the facts of each case. There is no set format or manner in which a preliminary inquiry is to be conducted. The objective of the same is only to ensure that a criminal investigation process is not initiated on a frivolous and untenable complaint. That is the test laid down in Lalita Kumari.

It added that the purpose of a preliminary inquiry is to screen wholly frivolous and motivated complaints, in furtherance of acting fairly and objectively. But in this case, the bench observed, the FIR itself shows that the information collected is in respect of disproportionate assets of the Accused Officer. It said:

"Therefore, once the officer recording the FIR is satisfied with such disclosure, he can proceed against the accused even without conducting any inquiry or by any other manner on the basis of the credible information received by him. It cannot be said that the FIR is liable to be quashed for the reason that the preliminary inquiry was not conducted. The same can only be done if upon a reading of the entirety of an FIR, no offence is disclosed."

Therefore, we hold that the preliminary inquiry warranted in Lalita Kumari is not required to be mandatorily conducted in all corruption cases. It has been reiterated by this Court in multiple instances that the type of preliminary inquiry to be conducted will depend on the facts and circumstances of each case. There are no fixed parameters on which such inquiry can be said to be conducted. Therefore, any formal and informal collection of information disclosing a cognizable offence to the satisfaction of the person recording the FIR is sufficient.