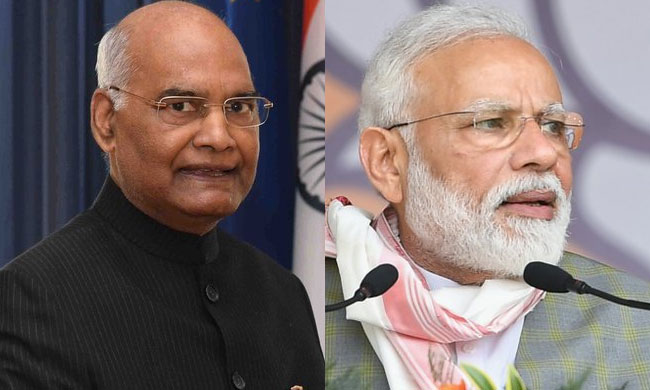 The proposal to create two bureaucratic panels to receive complaints against CICs will reduce the CIC to the level of a glorified clerk without glory. It is a ridiculous proposal to make such 'officers' who are supposed to obey the directions of ICs and CIC, as superior authorities to inquire into the complaints against CICs. This is another conspiratorial attempt to kill the institution,...

The proposal to create two bureaucratic panels to receive complaints against CICs will reduce the CIC to the level of a glorified clerk without glory. It is a ridiculous proposal to make such 'officers' who are supposed to obey the directions of ICs and CIC, as superior authorities to inquire into the complaints against CICs. This is another conspiratorial attempt to kill the institution, which was asking the Government offices to disclose the corruption and other cases against its officers. Its totally against the RTI Act, and violative of letter and spirit of our democratic constitution which gave independence to information tribunal. It is bureaucracy's desperate attempt to annex the transparency panel under their hierarchy.

In fact, they don't need any such committee because they are already filling the Commission with the officers, who served them with utmost loyalty. The independence is killed at the origin, i.e., appointment stage and now they want to instill the fear among the appointed commissioners so that they do not act independently or compelled to prove their loyalty in each of their order.

The statutory status of Central Information Commissioners and Chief is much above the level of Cabinet Secretary etc. The RTI Act gave CIC the power to direct and impose penalties on these officers if they don't give information. The ICs are at par with Election Commissioners, who in turn function at the level of Supreme Court judges. The CICs are appointed by the President on recommendation of the high- power committee led by PM, Cabinet Minister and leader of the opposition.

Central Information Commission must function autonomously without being subjected to directions by any other authority under this Act (Section 12(4) or RTI Act). The committees proposed are not authorities under this Act. Government cannot create any such authority in the absence of any enabling provision in the Act.

The removal of Commissioner is possible only by the order of the President, the appointing authority, on proof of misbehaviour. On reference of President, the Supreme Court must conduct inquiry. Only if misbehaviour is proved in this inquiry, the CIC shall be removed. This high- level procedure is prescribed to insulate the office of CICs from frequent interference from the political executive.

The government of the day is major player in implementing the RTI Act, the key part of it being the constitution of CIC. By delaying or not filling the vacancies and by selecting 99 pc former bureaucrats, on the merit of 'loyalty' only the Government is continuously wielding complete control over body and the minds of the CICs. Yet the top bureaucrats in the Government are not happy. They are trying to dilute this institution, after adversely affecting other tribunals, by reducing the status of the CICs. Faced with resistance from the Commissioners, they attempted to get RTI amended. As they miserably failed, the officers came up with this method of controlling and killing the CIC and to ultimately deny the right to information of people.

I appreciate the CICs, for unitedly opposing this proposal. Till today the PMO personnel were interfering with the functioning of the CIC, and if this proposal is through, every department will supervise the adjudication of second appeals and demand the 'judgments' of their choice with the threat of inquiry.

Its atrocious for the Government of India to come up with this kind of proposal when the nation is going to polls, which is nothing but a referendum on policies of this government in converting independent institutions into dependent branches and Commissioners as the clerks or supervisors ready to surrender their powers to these bosses. They will also be using the CIC, like other independent enforcement organizations, to threaten the people, who oppose the ruling party or ruling thought. If they appoint independent persons from different walks of life with cherished past of being transparent, there will be no complaints against CICs and no such committees will be necessitated.

The nation must understand the so-called commitment of this government towards transparency and RTI and decide their choice in this elections.

I request the Honourable President of India to save RTI by insulating CIC from these kinds of onslaughts from the government and their subordinate officers trying to prevent people from asking for embarrassing disclosures using RTI. This attempt is highly undemocratic, unconstitutional and smacks of high-level dictatorship and authoritarianism. This must be totally opposed. I hope the President will advise his Government not to do this. I appeal to the people to oppose this proposal and save their dear right to information.