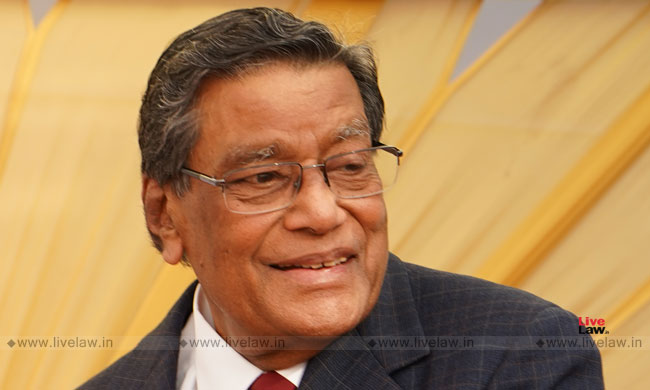 The President on Monday notified the re-appointment of Senior Advocate KK Venugopal as Attorney General for a 1-year term with effect from July 1, 2020.

The decision comes ahead of the expiry of his 3-year term as Attorney General on June 30.

Widely respected as an expert in constitutional law, he was appointed the Attorney General on June 30, 2017, succeeding Mukul Rohatgi.

As the AG, he has defended the Centre in crucial cases such as Aadhaar, Rafale etc.

The services of Venugopal, who is turning 90 next year, might be crucial for the Central Government in the cases involving serious constitutional issues such as abrogation of J&K special status, validity of Citizenship Amendment Act etc. 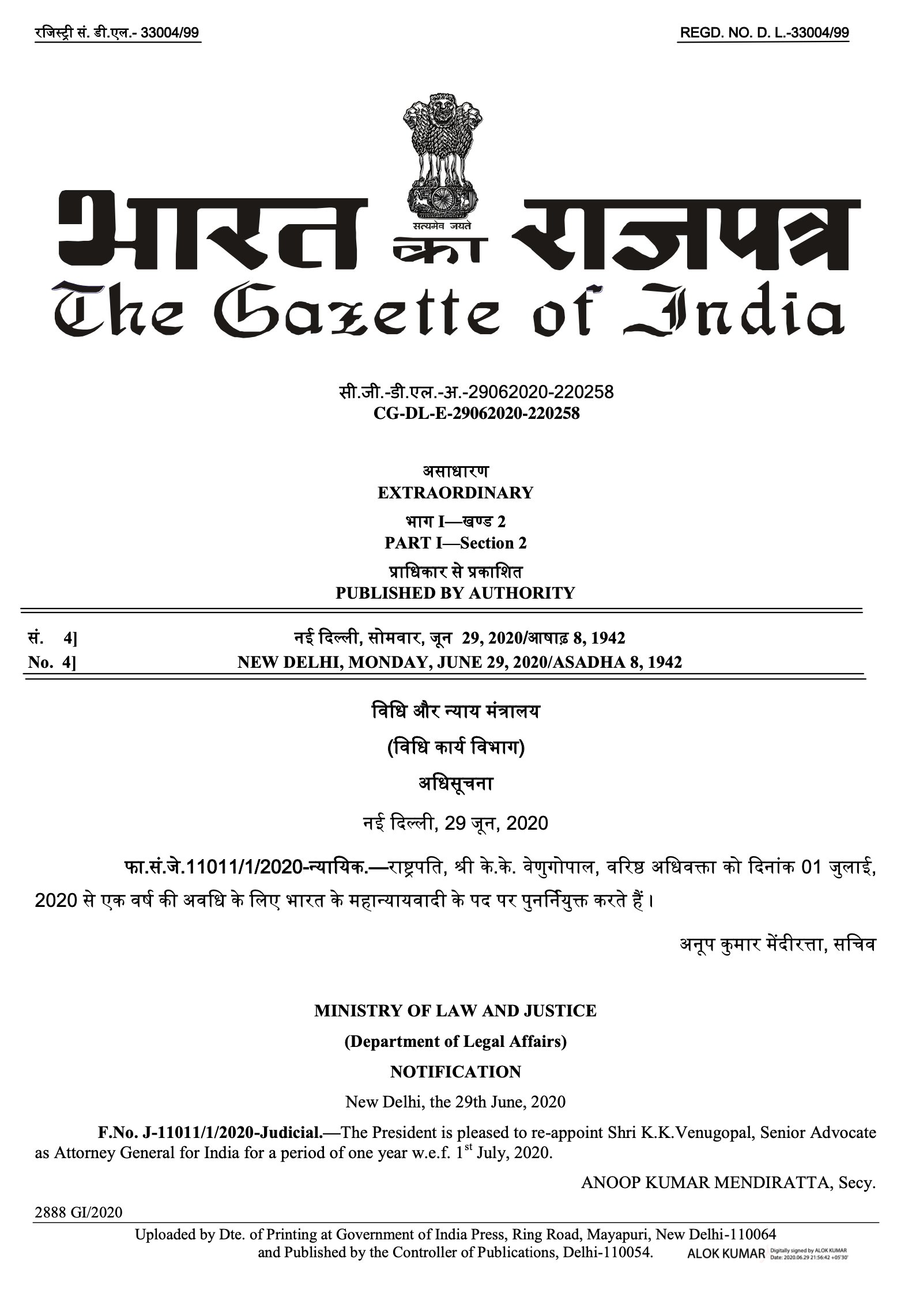