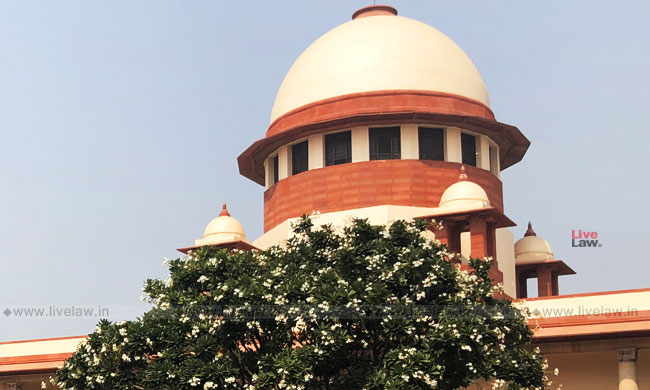 The Supreme Court has observed that, though a victim can engage a private counsel to assist the prosecution, such counsel could not be given the right to make oral arguments or examine and cross-examine witnesses.The bench of Justice Mohan M. Shanthanagoudar and Justice Deepak Gupta observed thus while upholding the Calcutta High Court judgment dismissing...

The Supreme Court has observed that, though a victim can engage a private counsel to assist the prosecution, such counsel could not be given the right to make oral arguments or examine and cross-examine witnesses.

The bench of Justice Mohan M. Shanthanagoudar and Justice Deepak Gupta observed thus while upholding the Calcutta High Court judgment dismissing the application made by a victim in a criminal case seeking permission for her counsel to cross-examine witnesses after the Public Prosecutor.

The Court said that the victim's counsel has a limited right of assisting the prosecution, which may extend to suggesting questions to the Court or the prosecution, but not putting them by himself.

The bench, in Rekha Murarka vs. State of West Bengal, referring to relevant provisions of the Criminal Procedure Code, rejected the contention raised in the case that the use of the words "under this sub-section" in the proviso to Section 24(8) implies that a victim's counsel can only be engaged to assist a Special Public Prosecutor. It said that there is no justifiable basis for applying the provision only with respect to Special Public Prosecutors. It added:

"Such an interpretation would go against Section 301(2), which makes the pleader instructed by a private person subject to the directions of the Public Prosecutor or the Assistant Public Prosecutor. In our considered opinion, a harmonious reading should be given to these provisions to give them full effect"

The contention of the appellant was that the role of such private counsel should not be limited to filing of written arguments as provided with respect to pleaders engaged by private parties under Section 301(2). Instead, it should extend to making oral arguments and examining witnesses as well.

The Court noted that allowing the victim's counsel to make oral arguments and cross-examine witnesses goes beyond a mere assistive role, and constitutes a parallel prosecution proceeding by itself. Given the primacy accorded to the Public Prosecutor in conducting a trial, as evident from Section 225 and Section 301(2), permitting such a free hand would go against the scheme envisaged under the CrPC, the bench said. It observed:

While upholding the High Court order, the bench further observed:

"Even if there is a situation where the Public Prosecutor fails to highlight some issue of importance despite it having been suggested by the victim's counsel, the victim's counsel may still not be given the unbridled mantle of making oral arguments or examining witnesses. This is because in such cases, he still has a recourse by channeling his questions or arguments through the Judge first. For instance, if the victim's counsel finds that the Public Prosecutor has not examined a witness properly and not incorporated his suggestions either, he may bring certain questions to the notice of the Court. If the Judge finds merit in them, he may take action accordingly by invoking his powers under Section 311 of the CrPC or Section 16 of the Indian Evidence Act, 1872."