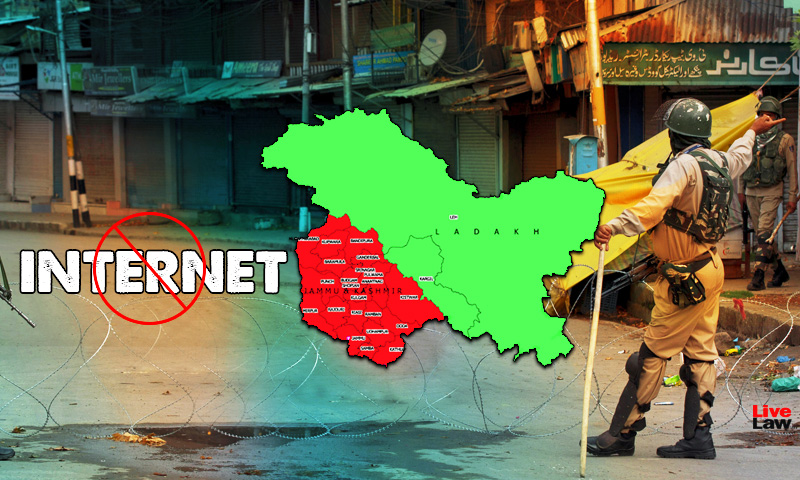 The Private Schools Association of Jammu and Kashmir has filed a writ petition in the Supreme Court seeking the restoration of 4G internet services in the state, which have been suspended since the abrogation of J&K's special status on August 5, 2019.The association has said that slow internet speed is preventing children of Jammu and Kashmir from continuing their education as they cannot...

The Private Schools Association of Jammu and Kashmir has filed a writ petition in the Supreme Court seeking the restoration of 4G internet services in the state, which have been suspended since the abrogation of J&K's special status on August 5, 2019.

The association has said that slow internet speed is preventing children of Jammu and Kashmir from continuing their education as they cannot use online tools such as Zoom or Google Classrooms which are available to students in other parts of the country.

Since the onset of COVID-19 pandemic, regular classes have been suspended and education is being imparted via online methods during the past academic year. The association states that online video conferencing apps do not function effectively in 2G speed, and refers to reports of various technical experts to support this contention.

The association, having 3800 schools as members, states that due to the disruption of online classes, students in J&K are at a competitive disadvantage when compared to students from the other parts of the country.

It may be noted that this will be the third round of litigation in the Supreme Court seeking restoration of 4G internet services in the state since August 2019. The first batch of cases, filed soon after the repeal of the J&K's special status, resulted in the judgment Anuradha Bhasin v Union of India in January 2020. Though the judgment waxed eloquent about the necessity of internet for freedom of speech and expression and trade and also about the principles of proportionality, it did not direct the immediate restoration of internet services and relegated the matter to the Central Government for review.

Later, after the onset of COVID, another batch of petitions were filed in the Supreme Court saying that lack of 4G speed was affecting medical services, education, trade and commerce during the lockdown, as such services were being delivered via online during the nation wide lockdown.

Those cases were disposed of in May 2020, as per the judgment in Foundation of Media Professionals v Union of India, which also did not order immediate restoration of internet services but constituted a higher level special committee to review the restrictions.  The Private Schools Association was one of the petitioners in this case. After the verdict, a contempt petition was filed in the Supreme Court contending that the Centre extended the restrictions without constitution of the Committee. The Centre told the bench that the Committee had been constituted and had decided to continue the restrictions on account of terrorism threat.

After August 15 last year, a minor relaxation was given by restoring 4G internet in two districts of the State - Ganderbal (Kashmir division) and Udhampur(Jammu division) - but continuing the speed districts in other states.

In its second writ petition, the schools association argue that the internet restrictions are wholly unwarranted in the present circumstances. It refers to statistics to state that incidents of terrorism and stone-pelting have come down drastically since August 2019.

It is also argued that the continuation of restrictions fail the tests of necessity, legitimate aim,suitability and balancing.

It is contended that the authorities are mechanically extending the restrictions without applying their mind to the principles laid down in Anuradha Bhasin and FMP judgments and have not considered alternative options such as :

1. Identification of suspected persons, the interception of their conversations, and/or the blocking of their numbers under applicable law based on intelligence inputs.

2. The blocking of specific websites ("blacklisting") that are known to spread terrorism or are used to recruit terrorists under Section 69A of the IT Act.

3. Restrictions upon internet access in a specific region for a specific period of time, based upon a specific intelligence input about a threat.

4. Offline measures, such as the considered and localised application of Section 144, Cr.P.C. on the basis of credible and specific intelligence, which can enforce restrictions on movement.

The petitioner states that "after more than 500 days of continuous internet restrictions which have developed a routine and permanent character."

"...by restricting the internet in 18 out of 20 districts of Jammu & Kashmir on account of security concerns, the Impugned Order treats all residents in these districts with suspicion of criminal activity. It is respectfully submitted that the presumption of collective criminality has long been rejected in our law and jurisprudence", the plea reads.

The petition has been filed through Advocate Shadan Farasat.