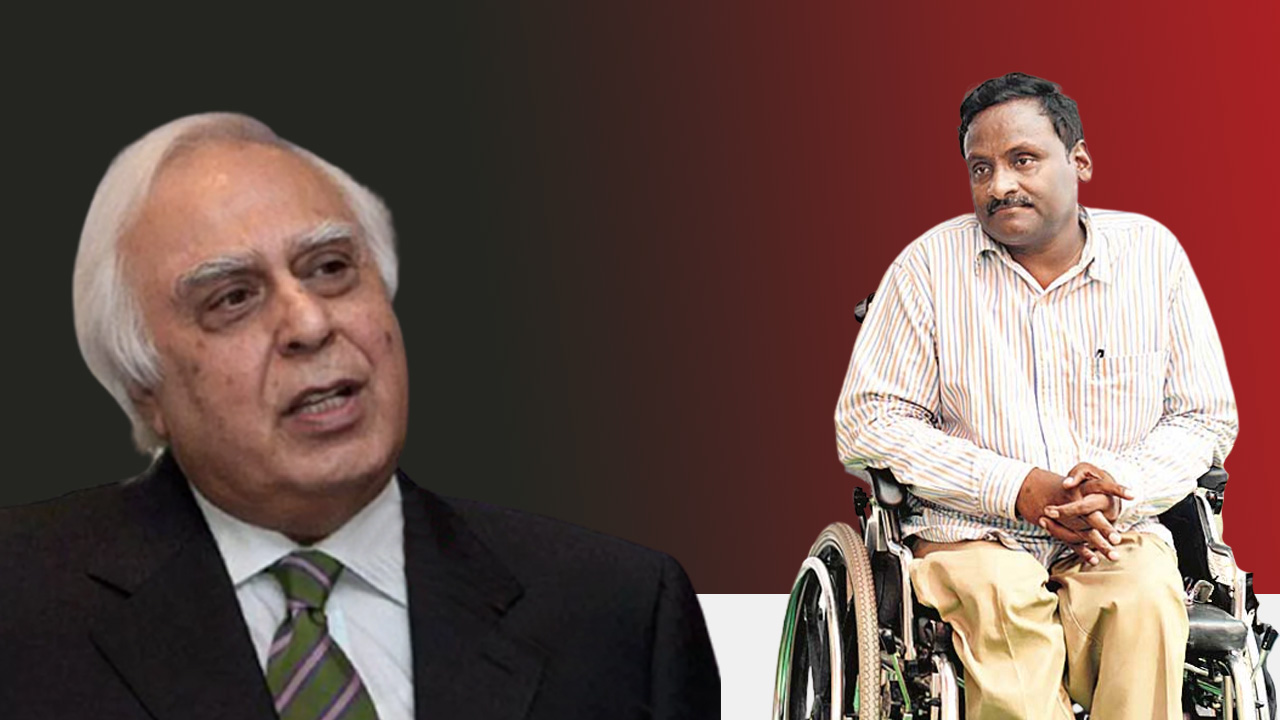 Commenting on the issue of roster and listing of cases, Sibal said the sensitive cases "involving" the Government would only go to a particular judge in the past couple of years.

"Agar aap history of the court pichle kuch saal ki dekhoge, a lot of sensitive cases in which the government is involved will go only to a particular judge … ab ye random toh ho nahi sakta...toh wo kyu assign hota hain?"

Recently, a division bench of Justices M.R. Shah and Bela M. Trivedi suspended the Bombay High Court decision discharging Saibaba and five others, after nearly two-hour long hearing in a special sitting held on a Saturday.

The senior lawyer was speaking at an event organised by lawyers to celebrate Sibal's 50 years of practice at the bar.

"Theek hain koi aisi baat nahi hain but question is that normally these matters ... jab kisi ki conviction hoti hai naa, toh we sometimes move an application for suspension of sentence. Sometimes if the person has to fight an election because he is convicted for three years, he can't fight the elections, we say 'suspend the conviction'. It's only in the rarest of rare cases that the judges suspend conviction. But I've never heard of a case where the judges have suspended the acquittal and on a special proceeding, on a Saturday," Sibal said.

Continuing, he said, "What can you say about this? Ultimately...the institution must be concerned about itself. It is disturbing. But we still have to live on hope...we hope that one day things will change. But we have to be part of that change."

On a question that there is a sense of fear among the young lawyers and because of it they resist taking up many cases, Sibal said that the newcomers need to be supported both financially and with courage.

"And I am willing to be a part of that movement. Point is fear will not take us anywhere. You fear that if you go to conquer Mount Everest, you may die on the way, you still do it, no? Because come what may, you have to conquer. You have to go there, you have to put the Indian flag up there. We need to take care of our own...it's the love of our country that will get rid of that fear. You have to love your own children and their future," Sibal said.

Sibal also addressed the question of invocation of stringent laws like UAPA, National Security Act, etc in recent times and stated that it is not the stringency of the law but the manner in which it is used which is an issue.

"You take any law in this country. Take the CrPC, you can misuse any law you want to. This stringency of the law is not an issue but the manner in which you use the law. You can have UAPA but you can only use it against genuine terrorists.. that's how you use it. Now if you become an 'urban naxal' in the eyes of the government, then you can use UAPA against him," he said.

Sibal added: "Forget about the stringent laws, the ordinary laws, the investigation is colluded..why? Because the agency doing the investigation does it with particular..... The innocent are made guilty and the guilty are left off. So whether it's the CrPC, or UAPA or any other law, it doesn't matter. It's the agency...."

"Take PMLA for example. In PMLA, the law is so interpreted by the Supreme Court and is used by the agencies, that now the ED officer can go anywhere in the country and arrest anybody he wants to arrest, he doesn't care."

Sibal further stressed that while laws and their declaration is one thing, the reality on the ground is that nobody follows the law.

"Where to go? At that point in time we can't reach out to the court.....so then that becomes a sort of repression, then that instils fear that people say I don't want to get on the wrong side of the board...that brings about a sense of despair and therefore people do not want to raise and say i will stand up for what i feel is right," Sibal said.

"So if the media succumbs, the judiciary is not active and is silent, and all other institutions collaborate with the government, that's a heavy mix."