Prof. Madhava Menon Urged For A Change In The Mindset From A Judge-Centric Approach To A Litigant-Oriented Approach:Justice Indira Banerjee 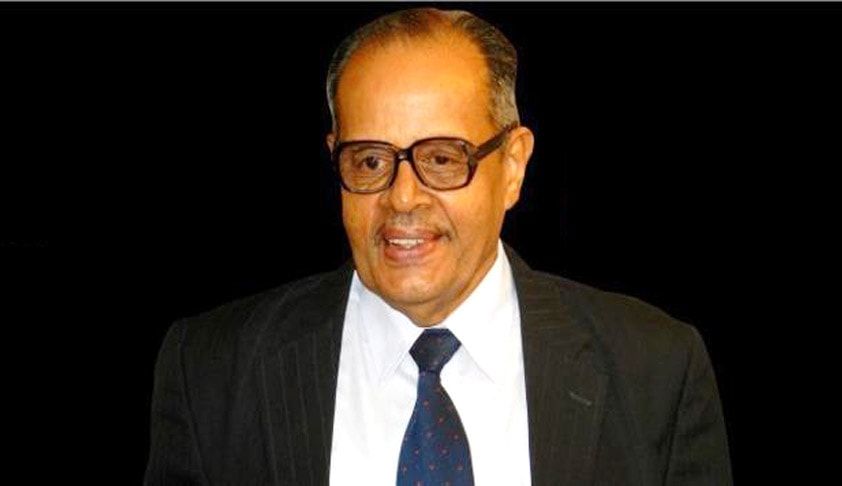 Speaking at the memorial meet in New Delhi in the honour of late Prof. N. R. Madhava Menon, Union Law Minister Ravi Shankar Prasad recounted his first interaction with the veteran academician- "It was in 2001, when I was a law minister in the Vajpayee government, that I had met him for the first time. I had wanted to understand the great movement of the National Law Schools that he...

"It was in 2001, when I was a law minister in the Vajpayee government, that I had met him for the first time. I had wanted to understand the great movement of the National Law Schools that he was pioneering. The great hope that I saw in him was a great personal satisfaction for me as the declining standard of legal education in the country was a concern for me...even PM Vajpayee had expressed the need for improvement"

Commending the quality of the National Law Schools of Bangalore, Kolkata and Bhopal, he attributed the same to the "institution-builder" that Prof. Menon was.
Prasad also voiced his awe at Prof. Menon's grit in making "inter-state migrations" back in the 1950s-

"For a law student in the 50s, to go from Kerala to Punjab to do his PG was not a mean achievement. And then to become a teacher at the Aligarh Muslim University and then come to Delhi. Inter-state migrations were not common then...this represented his national vision...In those days, only nurses came out of Kerala; bureaucrats remained confined to their cadres, as did the judges to the High Courts in their states..."

Prasad recalled how eager Prof. Menon had been to share his views when the former had approached him in connection with the NJAC Bill in 2014- "The Collegium system needs to be changed, he had said", advanced Prasad.
Finally, Prasad suggested that a "robust memorial lecture", an annual lecture series, be inaugurated to "perpetuate his memory".
Supreme Court judge Justice Indira Bannerjee also mentioned how legal education in India was in a deplorable condition prior to the setting up of NLSUI, Bangalore-

"Even when I had started studying the law, there used to be only a handful of serious students who wanted to take up law as a career; others were those who could not get admission elsewhere. Thanks to him (Prof. Menon), the law is a much aspired for a career now. The entrance examinations are like those of the IITs and the IIMs used to be in the earlier days. Even the private institutions are trying to follow the curriculum set by him"

Justice Banerjee recollected the aspects of being a good judge that she had imbibed from Prof. Menon when she was a "toddler on the bench of the Calcutta High Court"-

"I used to think that judging meant being impartial, hearing both the sides, being honest, writing good judgments, that justice must not only be done but also be seen to be done...but Prof. Menon showed that there are also other aspects of being a good judge- court management, grouping of matters for quick disposal, methodical listing, spending less time on writing lengthy judgments on matters which are already decided and more time on doing substantive justice...he urged for a change in the mindset from a judge-centric approach to a court-centric approach, a litigant-oriented approach..."

While former CJI Dipak Misra hailed Prof. Menon in so far as his vision was "not confined in the present" and in as much as he had strived for the "accessibility, affordability, sustainability and authenticity of the impact of education", retired apex court judge Justice A. K. Sikri (through his note) credited the most-acclaimed law teacher in the country for his emphasis on practical training and clinical methods of teaching, besides his focus on sensitising judges of ground-realities and encouraging them to refrain from unnecessary judicial activism.
Justice Shekhar B. Saraf of the Calcutta High Court, who had been a student of Prof. Menon, narrated how at his induction class, the teacher had stated to the much-bewildered students that "in the law school here, we won't teach you the law", only to add that "we will teach you to find the law. And once you have found it, we will teach you to interpret it"
He reminisced how his batch at NLSIU was the first to press for campus recruitment, wanting to invite lawyers and law firms, and how they had faced resistance from Prof. Menon so far as the corporates were concerned-

"We held the recruitment some 30 km away from college, to great success...but his vision, as we know now, was the upliftment of the litigation community first, at the district level and in the higher judiciary..."

In the same breath, Justice Saraf quoted to the audience Prof. Menon's words on hearing the news of his elevation to the bench- "You have made my dream come true"
The bereaved Professor impacted lives not only within the country but also across borders, as was evident by the presence of Justice A. K. Sinha of the Supreme Court of Nepal who became nostalgic of the many times he had conversed with him-

"He wanted to see the law college in Kathmandu. It was a small college, where I had studied, and where most students used to be those who could not get admission elsewhere or those who only wanted a certificate, a few marks, to become eligible for the promotion. 'This has to change', he had said..."

"Every time he used to ask me if I was continuing with court practice. 'Do not leave litigation. You should not become a corporate lawyer, writing company minutes, contracts', he used to say"

Amidst the skepticism surrounding the workability of Nepalese Constitution, Justice Sinha remembered Prof. Menon as saying, "It is up to you people to make the Constitution work. It has no feet, nothing to make itself run...Change is an ongoing process. Make the best of what you have"
Prof. Menon had also expressed his concerns regarding the accessibility of justice in the remote areas of Nepal, suggesting that a way be found so that the people from these regions are not required to appear for a 'date' in the Supreme Court after days-long travel, as is the situation now.
Tags#Prof. N. R. Madhava Menon #Union Law Minister Ravi Shankar Prasad #National Law Schools #Justice Indira Bannerjee #CJI Dipak Misra #Justice A. K. Sikri
Next Story
Similar Posts
+ View more
Law Firms
+ More