Promotion May Include An Advancement To Higher Pay Scale Without Moving To Different Post: SC [Read Judgment] 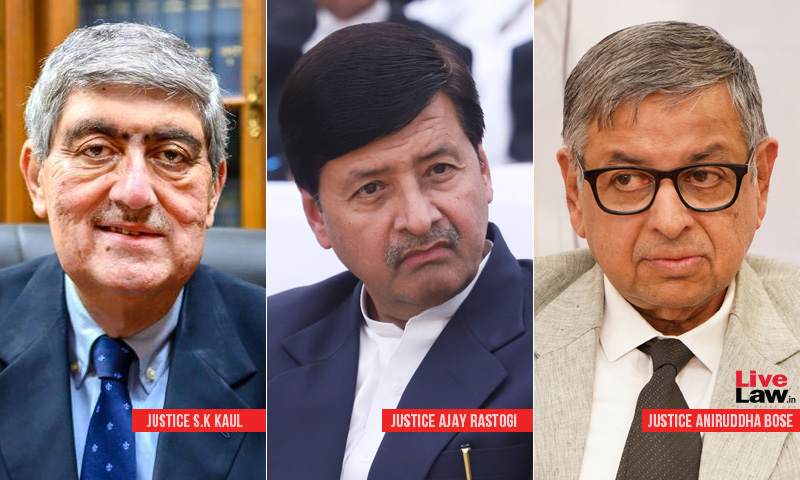 Promotion may include an advancement to a higher pay scale without moving to a different post, the Supreme Court has reiterated while dismissing the appeals filed by Telephone Operators with the Delhi Fire Service later deployed as Radio Telephone Operators.

The dispute in this case is regarding the interpretation of an Office Memorandum introducing an Assured Career Progression ("ACP") Scheme, by which a decision was taken to grant two financial upgradations after completion of 12 and 24 years of regular service respectively. The appellants in this case claimed first financial upgradation as on 9.8.1999 or on completion of 12 years of service in the DFS as Telephone Operators/RTOs, but that the same were denied to them treating their conversion of the aforesaid posts as a promotion.

The issue thus was whether their deployment as RTOs would amount to a promotion or whether it was a mere reorganisation and they were entitled to the ACP separately in terms of the ACP Scheme?

Both the appellants and the State relied on an Apex Court decision in Bharat Sanchar Nigam Limited v. R. Santhakumari Velusamy to contend that there is a difference between upgradation and promotion. The Appellants contended that the instant case is not 'promotion, while the State argued that the three aspects present in the instant case i.e. (i) prequalification of minimum of 5 years of service; (ii) higher financial emoluments; (iii) rigorous of a specialised training makes it clear that is one which should be considered as the promotion for the purpose of ACP Scheme.

The reasons for coming to this conclusion is based on the principles set out in the BSNL case (supra). No doubt, sometimes there is a fine distinction which arises in such cases, but, a holistic view has to be taken considering the factual matrix of each case. The consequence of reorganisation of the cadre resulted in not only a mere re-description of the post but also a much higher pay scale being granted to the appellants based on an element of selection criteria. We say so as, at the threshold itself, there is a requirement of a minimum 5 years of service. Thus, all Telephone Operators would not automatically be eligible for the new post. Undoubtedly, the financial emoluments, as stated above, are much higher. The third important aspect is that the appellants had to go through the rigorous of a specialised training. All these cannot be stated to be only an exercise of merely redescription or reorganisation of the cadre. On applying the test in BSNL case (supra), as per sub-para (i) of para 29, promotion may include an advancement to a higher pay scale without moving to a different post. In the present case, there is a re-description of the post based on higher pay scale and a specialised training. It is not a case covered by sub-para (iii), as canvassed by learned counsel for the appellants, where the higher pay scale is available to everyone who satisfies the eligibility condition without undergoing any process of selection. The training and the benchmark of 5 years of service itself involve an element of selection process. Similarly, it is not as if the requirement is only a minimum of 5 years of service by itself, so as to cover it under sub-para (iv)."