'There Can't Be Two Investigating Agencies With Respect To Different Co-Accused In Same Crime' : Supreme Court Transfers FIRs Against Navika Kumar To Delhi 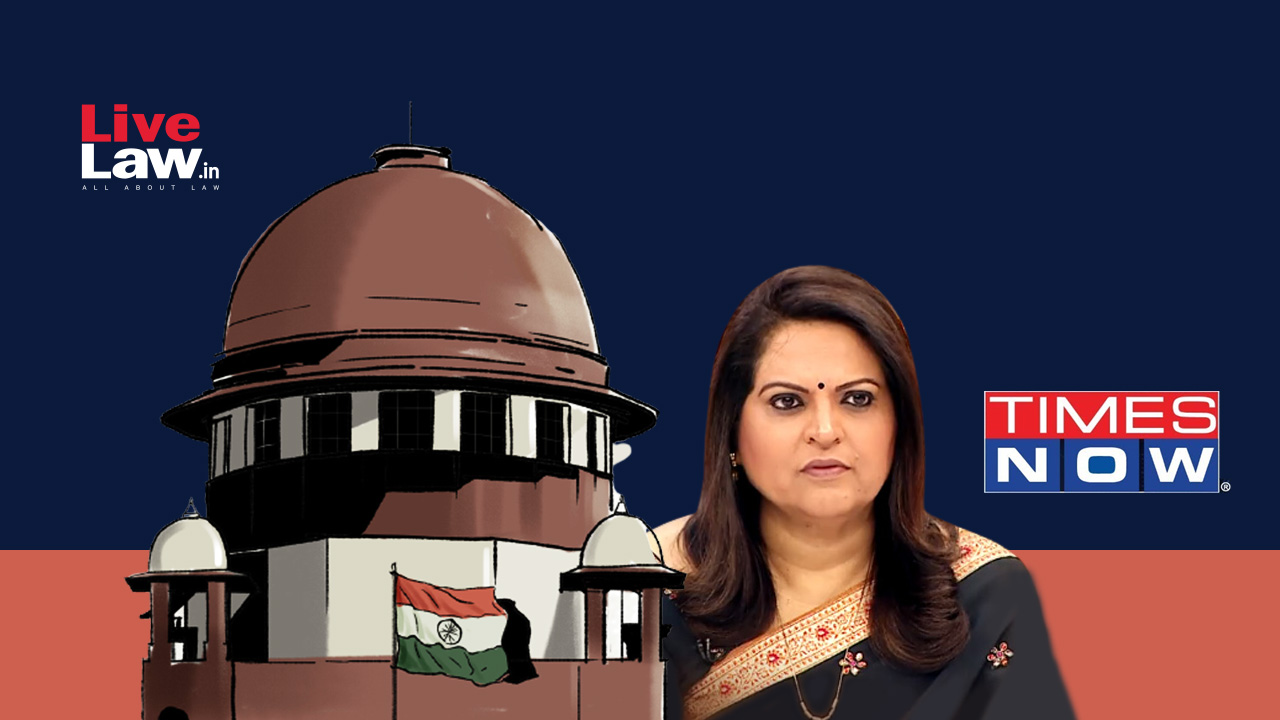 The Supreme Court, on Friday, directed that the FIRs registered Times Now anchor, Navika Kumar, over the remarks made by Nupur Sharma about Prophet Muhammed on a channel debate, be transferred to the IFSO unit of the Delhi Police.

The FIR registered by the Delhi Police IFSO Unit shall be taken as the lead case. The direction will be applicable to future FIRs which may be registered with respect to the same telecast. Investigation of any subsequent complaint on the same News hour debate shall be transferred to IFSO Unit.

No coercive action shall be taken against Navika Kumar in respect of the current FIRs or the FIRs which might be registered in future with respect to the same telecast for a period of 8 weeks. She will be at liberty to approach the Delhi High Court seeking the relief of quashing of the FIRs. The Court further clarified that it has not expressed anything on the merits of the matter.

A bench comprising Justices MR Shah and Krishna Murari had reserved orders in the matter on September 16. The bench relied on the order passed in the case of Nupur Sharma to pass the directions. She had approached the Court against the multiple FIRs registered against her in States of West Bengal, Maharashtra, J&K.

On August 8, the Court had granted interim protection to her on the FIRs while issuing notice in the petition.

Senior Advocate Neeraj Kishan Kaul, appearing for Kumar, had relied on the order passed by the Court in the case of Nupur Sharma, whereby the FIRs - both current and future- over the telecast were clubbed and transferred to the Delhi Police.

Solicitor General of India Tushar Mehta, appearing for the Union of India, Governments of NCT of Delhi, Maharashtra and Jammu & Kashmir, had invited the attention of the bench to the order passed in Arnab Goswami's case with respect to multiple FIRs.