'We've Said This Before, Public Streets Should Not Be Blocked': Supreme Court On Noida Resident's Plea That Travel To Delhi Takes 2 Hours 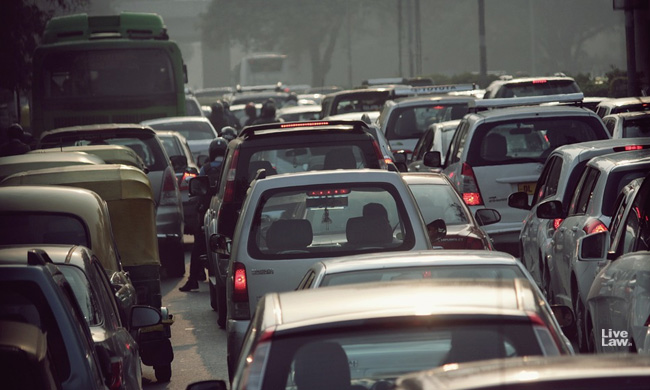 A Bench of Justices SK Kaul and Hemant Gupta dictated in their Order that "public streets should not be blocked" and that this was an aspect that had been emphasized repeatedly in previous orders of the Supreme Court.

Justice Kaul further observed, "We are not concerned with how you resolve this issue, whether politically, administratively or judicially. But, we have said this before, roads should not be blocked. This is a single mother who has to face many issues because of blocked roads".

Accordingly, the SG requested for the impleadment of the States of Haryana and UP, which was allowed by the Court with notice waived to both the States.

The matter will now be heard on 19th April.

On 29th March, 2021, the Supreme Court had issued notice to the Central Government and the Delhi Police Commissioner to ensure that the road area was kept clear so that the passage from one place to the other was not affected.

The Petitioner, Monicca Agarwaal, who appeared in person, submitted to the Court that she stayed in Noida and had to commute to Delhi in connection with her marketing job. It was contended that despite various directions passed by the Court to keep the roads clear, the same had not happened. Further, being a single mother with medical issues, it had become a nightmare for her to travel to Delhi.