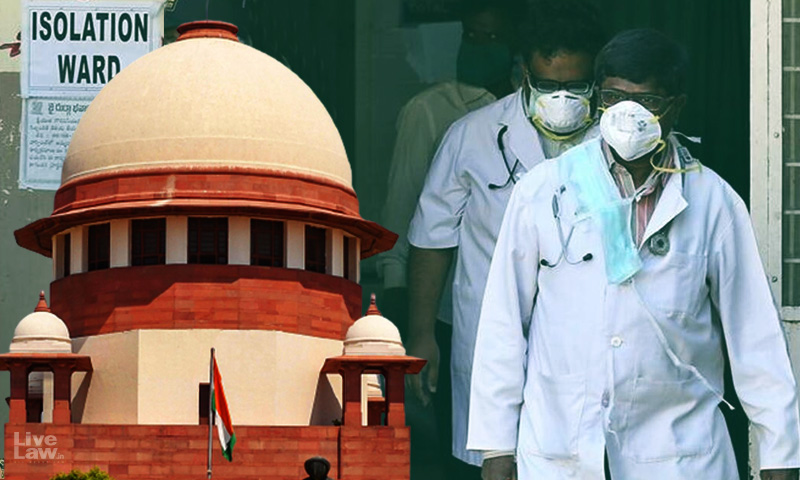 Any variation in the standards of the qualifications required of medical practitioners who render services in rural areas vis-à-vis those rendering services in urban and metropolitan areas is violative of the constitutional values of substantive equality and non-discrimination, said Supreme Court, while pronouncing a judgement striking down the Assam Rural Health Regulatory Authority Act, 2004 which permitted diploma holders in Medicine and Rural Health Care to treat certain common diseases, perform minor procedures, and prescribe certain drugs. The bench, comprising Justice B.R. Gavai and Justice BV Nagarathna, while hearing an appeal against the Gauhati High Court setting aside the Assam act on the ground that it was ultra vires the Indian Medical Council Act, 1956 as well as unconstitutional, reserved its judgement in November last year. This judgement was pronounced by Justice Nagarathna on Tuesday.

Notably, it was held, “While the state has every right to devise policies for public health and medical education with due regard to peculiar social and financial conditions, these policies ought not to cause an unfair disadvantage towards any class of citizens.”

The three-year diploma course in question was introduced by the Assam government almost two decades ago, to strengthen the rural healthcare infrastructure and address the issue of the shortage of qualified medical professionals by producing a cadre of barefoot doctors allowed to practice modern medicine, albeit to a very limited extent. Justice Nagarathna noted that the Assam Act, enacted on the strength of Entry 25 of List III, sought not only to introduce a new force in the field of medical education but also to regulate the profession of successful candidates. States, the court held, were under an obligation placed on them by the Directive Principles of State Policy contained in Part IV of the Indian Constitution, to improve public health, ensure the realisation of the universal right of the enjoyment of the highest attainable standards of physical and mental health, and guarantee equitable access to health services. However, in doing so, states ought not to discriminate against any group or class of people.

People living in rural areas must not be short-changed by the state’s policies for enhancing access to rural healthcare, the judgement categorically stated, while highlighting the equal right of all citizens to access medical services rendered by duly qualified staff.

“The citizens residing in rural areas are subjected to direct and indirect forms of discrimination on the basis of their place of birth or residence. Any variation in the standards of the qualifications required of medical practitioners who render services in rural areas qua those rendering services in urban and metropolitan areas circumscribe constitutional values of substantive equality and non-discrimination,” Justice Nagarathna wrote.

In the context of the legislative competence of the state legislature to enact the Assam Act, it was further observed that prescribing the qualifications for medical practitioners practising in disparate areas and in disparate fields, providing different levels of primary, secondary, or tertiary medical services, was within the mandate of expert and statutory authorities entrusted with the said mandate by the Parliament. “This ought to be considered in the spirit of constitutional goals, subserving as it does the common good of the citizenry of our country,” the Supreme Court judge clarified.

The main report on the judgement can be read here.