"A Judge Is Also Judged By the Quality And Purity of His Character", SC Upholds Dismissal Of Magistrate Who Passed Favourable Orders For A Lady Lawyer 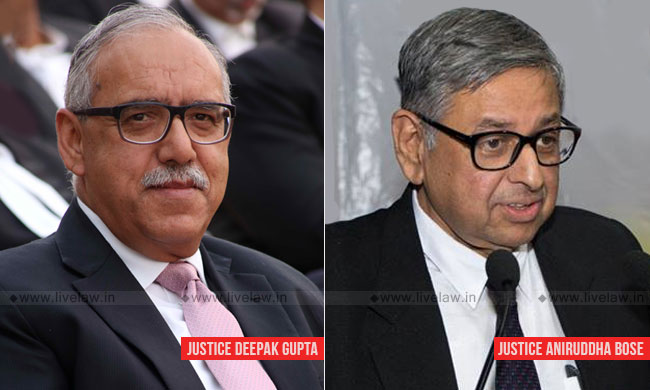 Refusing to show any leniency to a Magistrate who was dismissed from service for passing certain judicial orders in favour of clients and relatives of a lady lawyer, with whom he allegedly had proximate relationship, the Supreme Court observed that the Judicial Officers must possess impeccable integrity in their public and personal life.

In this case, the officer decided the cases because of his proximate relationship with a lady lawyer and not because the law required him to do so. This is also gratification of a different kind..

.. The Judicial Officer concerned did not live upto the expectations of integrity, behavior and probity expected of him. His conduct is as such that no leniency can be shown and he cannot be visited with a lesser punishment.

The bench observed that a judge must decide the case only on the basis of the facts on record and the law applicable to the case. If a judge decides a case for any extraneous reasons then he is not performing his duty in accordance with law, it added.

Referring to earlier judgments which have described the qualities required for persons holding judicial office, the bench made these observations:

The behavior of a Judge has to of an exacting standard, both inside and outside the Court.

Judges are also public servants. A Judge should always remember that he is there to serve the public. A Judge is judged not only by his quality of judgments but also by the quality and purity of his character. Impeccable integrity should be reflected both in public and personal life of a Judge. One who stands in judgments over others should be incorruptible. That is the high standard which is expected of Judges.

Judges must remember that they are not merely employees but hold high public office and that the standard of conduct expected of a Judge is much higher than that of an ordinary person.