Qutub Minar-'How Can You Claim A Legal Right For Restoration For Some Thing Happened 800 Years Ago?' Asks Court, Reserves Judgement 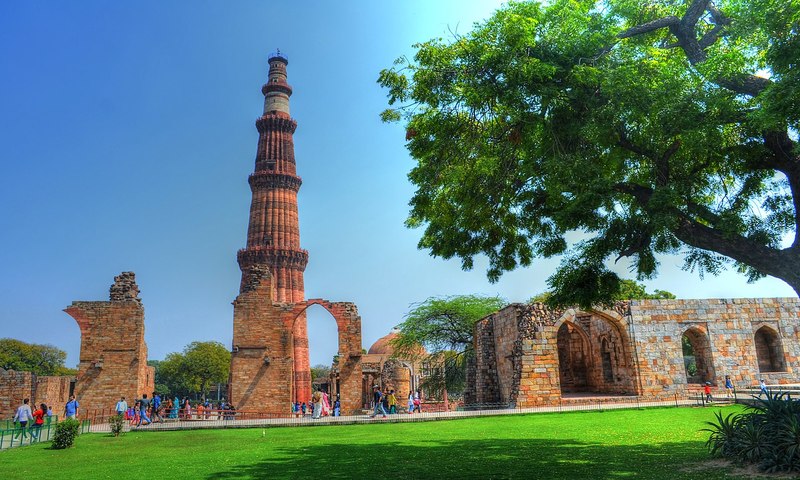 The Saket District Court in Delhi has reserved its order on the appeals preferred against a Civil Judge order dismissing the suit which alleged that the Quwwat-Ul-Islam Masjid situated within Qutub Minar Complex was built in place of a temple complex and sought restoration of the same.

Additional District Judge Nikhil Chopra has kept the matter for pronouncement on june 9.

"Arguments concluded. Parties would be at liberty to file brief synopsis if any within a week, with advance copy to the opposite party. List on June 9 for orders," the Judge recorded in the order.

In the original suit, the plaintiffs alleged that around 27 Hindu and Jain temples were desecrated and damaged raising the construction of the said Mosque in place of those temples.

The civil judge had rejected the suit after noting that the suit was barred by the provisions of the Places of Worship Act 1991 and rejected the plaint under Order 7 Rule 11(a) of Civil Procedure Code for non-­disclosure of cause of action.

The Civil judge had also observed that the wrongs of the past cannot be a basis for disturbing the present peace and that if it's allowed, fabric of constitution, secular character will be damaged.

Is right to worship a fundamental or legal right?

In appeal, seeking restoration of deities and permission to resume worship, Hari Shankar Jain, one of the appellants, submitted,

"It is the admitted position is for the last 800 years, it wasn't used by the Muslims. When there is a temple which was in existence much before the mosque, why it can't be restored?"

He referred to Section 16 of the Ancient Monuments and Archaeological Sites and Remains Act, 1958 (AMASR Act) which provides for protection of place of worship from misuse, pollution or desecration. Jain also referred to the Supreme Court's decision in the Ayodhya Temple case to contend that once a deity, is always a deity and a temple, merely on being demolished, shall not lose its character, sanctity or dignity.

"I am a worshipper. There are images still existing, still visible…If the deity survives, right to worship survives."

However, the Court inquired as to what is the legal right which entitles the appellants. It stated that the existence of idol is not in dispute. However, the question is regarding right to worship.

"The question is, whether right to worship is an established right, whether it's a constitutional or any other right? The only question is whether there is any denial of any legal right to the appellant? And what all remedies if any are available with respect to this right?

Even if assuming there was an admission that it was demolished, structure was raised, assuming it wasn't used by Muslims as mosque, question which is more important is can you now claim it to be restored on what basis?

Now you want this monument to be turned into a temple calling it restoration, my question is how would you claim that the plaintiffs have a legal right assuming it existed about 800 years back? On a lighter note, Deity is survived for last 800 years without worship. Let him survive like that."

The Court then asked if there is any precedent in law which identifies "right to worship" as fundamental right?

"In Ayodhya judgment, it's held that a deity survives, it's never lost. If that, then my right to worship survives."

He asked the Court to consider whether there can be mosque after demolition of a temple and whether it will be considered as a mosque.

Does Section 16 of AMASR Act bar restoration of temples?

The Court suggested that the impugned order of the Civil Judge seems to have made findings on the point that granting of relief to the plaintiffs may upset or be in violation of the statute (AMASR Act).

It added that Section 16 of the AMASR Act seems to be on same principle as Section 3 of Places of Worship Act, which bars conversion of places of worship.

Section 16(1) of AMASR Act states that a protected monument maintained by the Central Government under this Act which is a place of worship or shrine shall not be used for any purpose inconsistent with its character.

Section 16(2) provides that where the Central Government has acquired a protected monument which is used for religious worship or observances by any community, the Collector shall make due provision for the protection of such monument or part thereof, from pollution or desecration.

However, Jain contended that Section 16 is completely in deviation of what is said in Section 3 of Places of Worship Act.

The Archaeological Survey of India has admitted in its counter affidavit that there are a number of sculptures existing within the Qutab Minar Complex, including images of Lord Ganesha.

However, it submitted that there is no provision under AMASR Act 1958 under which Worship can be started at any living monument and thus, no decree of permanent injunction as prayed for can be passed changing the existing structure of the structure.

Advocate Subhash Gupta, appearing for the body, submitted that there are no grounds for interfering with the judgment of the court below.

"Character of a place is determined on the date when monument comes under purview of 1958 Act. The character once frozen as that in the monument cannot be changed," he said.

Gupta explained that when a monument comes under ASI under 1958 Act, there is period of objections for 60 days. And it is for this reason, there are several monuments in country which are places of worship and several other monuments, which are not.

He stated that the 1991 Act is to protect places of worship from their conversion. Whereas the 1958 Act is for the protection and preservation, maintenance of monuments.

"Yes, fundamental right exists but it's not absolute and therefore court has found that this right is not available in this case. Learned court applied its judicial mind," he said while referring to the impugned order.

Gupta further informed the Court that even though the mosque was built on remains of 27 temples, however, it is not clear as to whether the material for construction of mosque was retrieved by demolition of temples or whether the same was sourced from outside.

Does Places of Worship Act apply to Qutub Minar?

Another interesting question before the case in this case is whether apart from the AMASR Act, the Places of Worship Act apply to the monument.

The Civil Judge in the impugned order had held that the suit was barred by the provisions of the Places of Worship Act.

The appellants on the other hand claim that Section 4(3)(a) of the Places of Worship Act, 1991 excludes an ancient and historical monument or an archaeological site from its purview.

The District Judge was of the view that the same can be decided by determining the character of the structure.

"You (ASI) say it's a monument without worship and as such it should continue like that. They (Appellants) say it's a temple, pre-existing and suppose this is a situation, fact v. fact, can it be decided under Order 7 Rule 11?" the Court said.

(Compiled and Edited by Akshita Saxena)