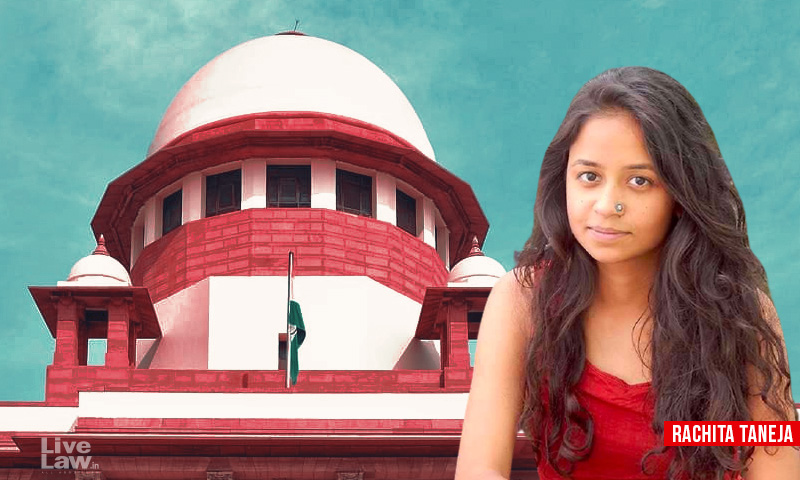 A law student has moved the Supreme Court seeking initiation of criminal contempt proceedings against comic artist Rachita Taneja (Sanitary Panels), for her illustrative tweets depicting Supreme Court being hand in glove with the ruling party, BJP. "The three alleged posts in the form of cartoons/ caricatures have shaken the public trust and confidence in the judicial system of...

The Attorney General for India, KK Venugopal had granted his consent to initiate contempt proceedings against the comic artist, last week. "The tweet is clearly calculated to undermine the public confidence in the independence and impartiality of the Supreme Court of India," the AG had said.

"on the face of it, the alleged contemnor has interfered with the administration of justice by portraying the Supreme Court and the current ruling party to be the father of the abovesaid journalist Mr. Arnab Goswami. This is in view to generate an impression that being the father of the said journalist, the Supreme Court was bound to grant him warmth and protection by keeping an arm around his shoulder and there was some nexus with the ruling establishment for this."

"the said cartoon/caricature is highly contemptuous. The building of the Supreme Court has been drawn with the words "Sanghi Court of India". That the very existence of this Hon'ble Court has been threatened by replacing the word 'Supreme' with 'Sanghi'. That the expression 'Sanghi' is infact used to connote Rashtriya Swayamsewak Sangh (RSS). The alleged contemnor has expressed that the Supreme Court of the country is no more supreme but has transformed into a Sanghi Court. This is highly contumacious and without any basis whatsoever."

"not only is this post extremely defamatory to the institution of judiciary but is highly contemptuous with the use of the expression 'business' to denote dispensation of justice and portrays the entire Supreme Court in bad light."