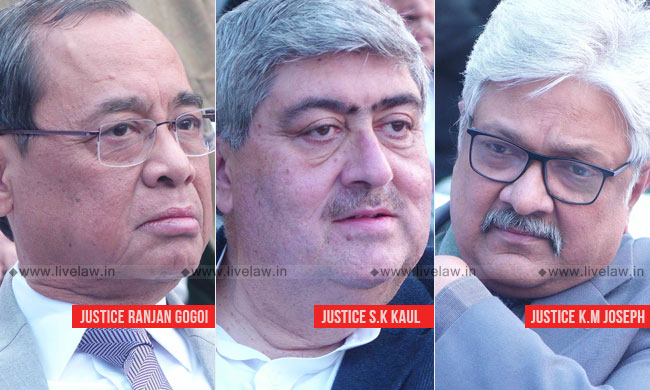 The Supreme Court today dismissed the preliminary objections raised by the Centre against using privileged documents for considering the review petitions in the Rafale case.

The Court said that the review petitions will be heard on merits and a date will be fixed for that.

On March 14, the bench of Chief Justice Ranjan Gogoi and Justices Sanjay Kishan Kaul and KM Joseph had reserved the orders on the preliminary issue whether the Court can look into the documents presented by the petitioners.

The petitioners have sought for review of the December 14 judgment dismissing the plea for probe into the corruption allegations in the Rafale deal by relying on reports published by 'The Hindu', 'The Caravan Magazine' etc.

The Attorney General objected to reliance of these documents by saying that they were 'stolen' from the Ministry of Defence, and said that they were protected by 'privilege' under Section 123 of the Indian Evidence Act. The AG further said that documents are protected under the Official Secrets Act and that the disclosure of the documents is exempted under the Right to Information Act as per Section 8(1)(a).

Prashant Bhushan, one of the petitioners, had countered the submissions of AG by saying that claim of privilege cannot be made over documents which are already in public domain. He highlighted that Section 123 Indian Evidence Act only protected "unpublished documents".

Further, he said that journalistic privilege to protect sources is recognized by the Press Council of India Act as per Section 15. He also referred to the orders passed by the SC in 2G and Coal block cases, whereby the visitors book registers of former CBI director Ranjit Sinha were accepted in evidence without insisting on revealing how they were obtained.

He had also referred to "Pentagon Papers Case", to say that US SC allowed publication of documents though they were related to Vietnam War "The concern of the government is not to protect national security, but to protect the government officials who interfered with the negotiations in the deal", he said.

Arun Shourie, another petitioner remarked that he was thankful to the AG for admitting that the documents were genuine by stating that they were photocopies.

The Court was hearing the review petitions filed by Prashant Bhushan, Yashwant Sinha and Arun Shourie against the December 14 judgment. Listed along with the review petition were the correction petition filed by the Central Government and the petition filed for initiating perjury proceedings against officials who allegedly misled the Court by submitting false information in the notes submitted to the Court.