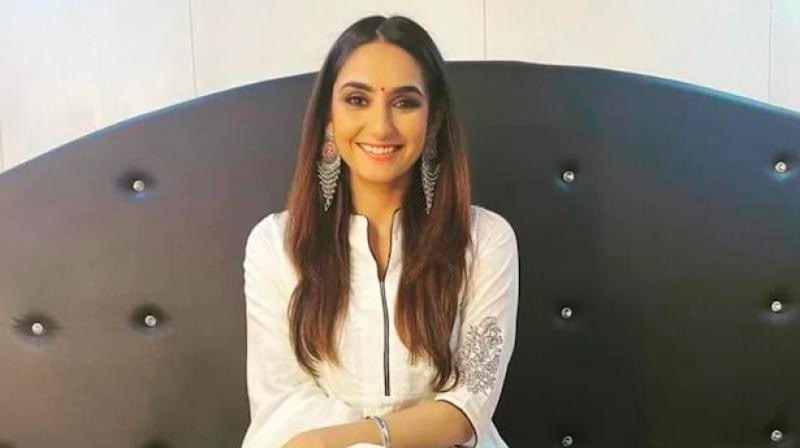 The Supreme Court on Thursday granted bail to Kannada actor Ragini Dwivedi, who had been arrested by the police for allegedly consuming and supplying drugs at parties and events organized by her and others, and set aside a Karnataka High Court order wherein her bail plea was dismissed.A Bench headed by Justice Rohinton F. Nariman heard the arguments put forth by Senior Advocate...

The Supreme Court on Thursday granted bail to Kannada actor Ragini Dwivedi, who had been arrested by the police for allegedly consuming and supplying drugs at parties and events organized by her and others, and set aside a Karnataka High Court order wherein her bail plea was dismissed.

A Bench headed by Justice Rohinton F. Nariman heard the arguments put forth by Senior Advocate Sidharth Luthra, appearing on behalf of Dwivedi, and Solicitor-General Tushar Mehta, and proceeded to note that Section 37 of the NDPS Act had been wrongly invoked by the Sessions Court and the High Court.
ORDER
The Bench noted that, "though Petitioner has been found violating certain sections of NDPS Act, prima facie if any offence has been made out, it can be said to be made out under Section 27(b) for consumption of certain drugs".
It was dictated in the Order that, having been taken through the proceedings by Luthra, a few things had become apparent to the Court.
Firstly, no drugs had been found with the Petitioner and the entirety of the case against the Petitioner was based on a statement. Second, it could only be assumed that the Petitioner had consumed drugs at the parties. Thirdly, it was important to note that the Petitioner had also been arrested on a conspiracy charge which the High Court had itself found to be tenuous and had said nothing about it.
Further, till date, no chargesheet had been filed. Therefore, the only offence that could be made out was under Section 27(b) for consumption of drugs and, Section 37 had been wrongly invoked.
"This being the case found, it can be said that Section 37 was wrongly invoked by the Sessions Court and High Court. With this out of the way, this is case in which bail must follow. As a result of which, we set aside the judgement of the High Court and enlarge the Petitioner on bail", concluded the Supreme Court.
COURTROOM EXCHANGE
In today's hearing, Luthra submitted to the Court that Dwivedi had been in custody for 140 days and her co-accused were on bail. Additionally, no contraband had been found in her person and the entire investigation against her was on the basis of a statement by a man called Ravi Shankar.
"There is no material of financing. There was no contraband found on me, not an element of it. The only thing is consumption of less than 0.5gm of contraband. See what the High Court says? This is happening on the basis of a statement by Ravi Shankar", submitted Luthra.
Luthra further referred how Rhea Chakraborty's case had been cited, wherein the matter was quite similar, but only pertained to consumption.
"There is no basis whatsoever to proceed against me, and I assume for a moment, it's a case of consumption and I am entitled to Section 64A which provides immunity to addicts volunteering for treatment. At worst, I should be let off and sent to recovery", stated Luthra.
The SG, per contra, argued that it was not a case of personal consumption and that the Petitioner had been found organizing rave parties at various places wherein she had supplied drugs.
"There are numerous messages between her and various peddlers, cautioning each other to be careful as police are alert. There has also been tempering of the evidence, with urine sample being replaced with water", submitted the SG.
Hearing the arguments, the Bench proceeded to grant bail to the Kannada actor and noted that Section 37 had been wrongly invoked in the instant matter.
BACKGROUND

In November, 2020, the Karnataka High Court had dismissed the bail applications filed by Kannada actors Ragini Dwivedi, Sanjjanaa Galrani and other co-accused who were arrested by the police allegedly for consuming and supplying drugs at parties and events they organized.

A Single-Bench of Justice Sreenivas Harish Kumar dismissed the petitions.

The Special Court had on September 28, 2020, rejected their applications. The High Court after hearing the applicants and the prosecution in detail had on October 25 reserved its order.