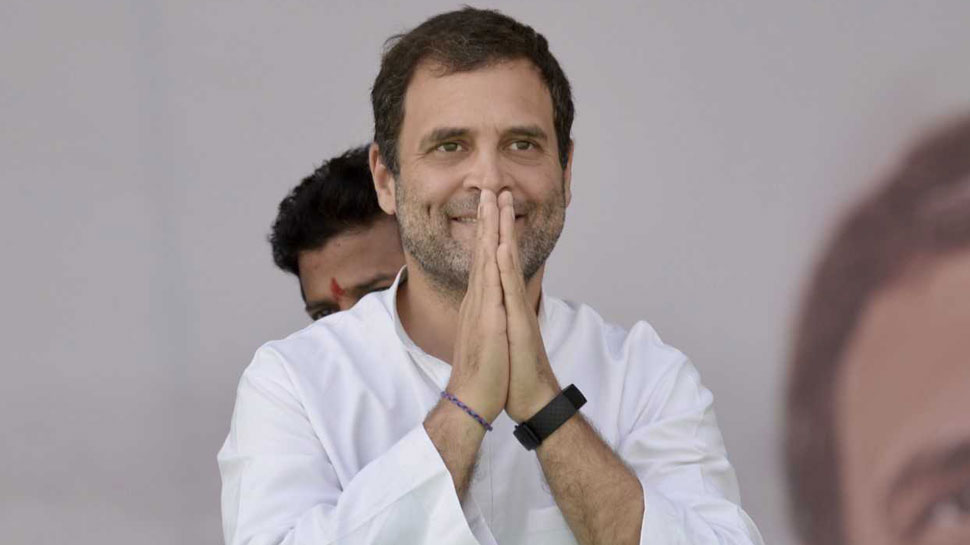 The Supreme Court today issued notice in the contempt petition filed against Rahul Gandhi for attributing "chowkidar chor hai" remarks to the Supreme Court.The CJI-led bench said that the petition will be considered on April 30 along with the review petition filed against the December 14 verdict in the Rafale case.Today, Senior Advocate Mukul Rohatgi, appearing for the contempt...

The CJI-led bench said that the petition will be considered on April 30 along with the review petition filed against the December 14 verdict in the Rafale case.

Today, Senior Advocate Mukul Rohatgi, appearing for the contempt petitioner submitted that Rahul Gandhi had not offered any apology for the remark.

""He admits the order of the Court is on a preliminary issue. He says he didn't read it. He says he said it in a euphoric way. He says he only regrets. No apology", submitted Rohatgi.

"He says regret in 6th page. Contrition has to be expressed in the beginning", Rohathi added, terming Gandhi's regret a mere 'lip service'.

In reply, Senior Advocate A M Singhvi said that Gandhi had expressed regret for wrongfully mixing up Chowkidar remarks along with his comments on SC verdict in Rafale review. Singhvi also submitted that PM Narendra Modi had misquoted the judgment to state that the Court had given clean chit to him in Rafale corruption allegations.

On April 15, the top court had sought Gandhi's explanation on a petition filed by BJP MP Meenakshi Lekhi, who has sought criminal contempt against the Congress president for wrongfully attributing statements to the apex court. Senior advocate Mukul Rohatgi, appearing for Lekhi, had told the CJI-led bench that Congress president made a remark that the "Supreme Court has said, chowkidaar chor hai" in the verdict in Rafale review delivered on April 10.

The remark was made in the context of SC deciding on April 10 to reject the preliminary objections of Centre against admitting the documents produced by review petitioners and to hear Rafale review on merits.

In response, Rahul Gandhi filed an affidavit in the Supreme Court saying that 'Chowkidar' remarks were made during political campaign at the 'heat of the moment' and clarified that he did not have the slightest intention to bring SC into the political arena or disrepute.

In the affidavit filed yesterday, Gandhi said that after the verdict, media had sought his comments on it and that the statements were made "during hectic political campaigning without having seen,read or analyzed the order at that stage" and was made "on the basis of a bonafide belief and general understanding of the Order as being talked about in electronic and social media reportage"

"The said statements were made by the answering Respondent in Hindi in a rhetorical flourish in the heat of the moment", he said

He has added that he was aware that "Chowkidar hor hai" was a political slogan which will not be used, adopted or endorsed by the Supreme Court. He has stated in the affidavit the following :

"at the time of and in my statement, the issues relating to court proceedings unfortunately got juxtaposed and mingled with a political slogan being used extensively by answering Respondent's party as well as answering Respondent for the last several months, which is a matter of intense and frenzied public debate during the ongoing Lok Sabha elections"

"It is unfortunate that this slogan got intermingled with my comments on and references to the Apex Court's order dated 15.04.2019"

"It has been used (and misused) by my political opponents to project that I had deliberately and intentionally suggested that this Court had said Chowkidar Chor Hai! Nothing could be farther from my mind.

Gandhi has alleged that several members of the Central Government and ruling party have twisted and misinterpreted the SC verdict on Rafale, and cites many of such alleged instances in paragraph 13 of the affidavit.

He has said that PM Modi has wrongfully claimed that Court had given him a clean chit in the Rafale issue.

He has also termed the criminal contempt petition an abuse of Court's powers and politically motivated.

"Indeed by this petition, the petitioner is seeking to drag the court into a political controversy for personal gains and political mileage. Moreover, the petitioner for purely political and ulterior motives is attempting to gag the Respondent qua a political discourse in the political arena during ongoing elections", stated the affidavit.

While seeking explanation from Gandhi last week, a bench headed by Chief Justice Ranjan Gogoi had made it clear that his remarks made in the media on the Rafale verdict were incorrectly attributed to the apex court.

"We have considered the matter. We make it clear that this Court had no occasion to record any view or finding or make any observation as allegedly attributed to the Court by the respondent inasmuch as what was decided by this Court was a purely legal question of admissibility of certain documents to which objections were raised by the learned Attorney General." a bench headed by Chief Justice Ranjan Gogoi said.