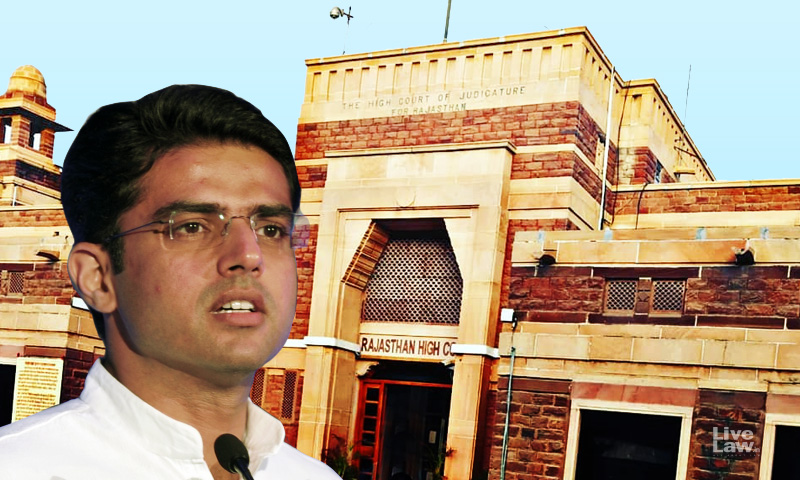 The Rajasthan High Court on Thursday adjourned the hearing on the petition filed by Sachin Pilot and 18 other rebel congress MLAs, after Senior Advocate Harish Salve, appearing for the petitioners, sought adjournment to file an amendment application to challenge constitutionality of some provisions.

Senior Advocate Salve also sought that the matter be heard by a division bench.

Accordingly, the bench of Justice Satish Kumar Sharma directed that the petition be listed on the filing of the application.

"Without expressing any opinion on the contentions put forth by both the sides, let the petition be listed on filing of the application for amendment of the writ petition so that appropriate consideration may be made on that count", the order stated.

The petition challenges the disqualification notices issued by the Speaker of the Rajasthan Assembly against them on the ground stating that they violated the direction issued by Dr. Mahesh Joshi, the party chief whip, to attend the legislative party meeting on Monday and Tuesday.

Rajasthan HC adjourns #SachinPilot petition after Sr Adv Harish Salve sought adjournment to file amendment application to challenge constitutionality of some provisions.
Petition ordered to be listed before "appropriate bench" on filing of the application. pic.twitter.com/ZyCnujKg0V