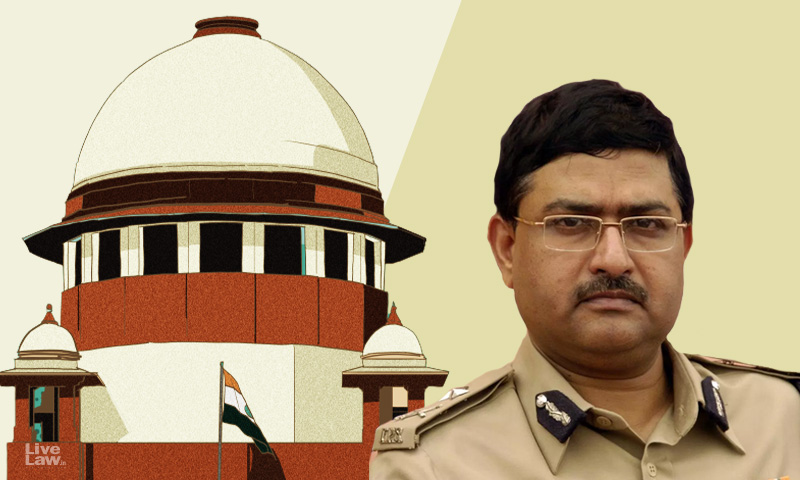 The Supreme Court on Tuesday adjourned to February 9 the hearing of the petition filed by Centre for Public Interest Litigation (CPIL) challenging the appointment of Rakesh Asthana as the Commissioner of Delhi Police.When the matter was taken, Justice Chandrachud, the presiding judge, asked if the hearing will be over today. Justice Chandrachud said that he is sitting in combination with...

The Supreme Court on Tuesday adjourned to February 9 the hearing of the petition filed by Centre for Public Interest Litigation (CPIL) challenging the appointment of Rakesh Asthana as the Commissioner of Delhi Police.

Advocate Prashant Bhushan, appearing for the petitioner, said that he was ready for arguments and that he would need only 30 minutes.

"I will need half an hour. We will get over today. They are saying they are busy in another court. Because these people are busy, the matter has been hanging fire. It cannot be adjourned again and again because one or two are busy in any other court in any other matter!", Bhushan said.

"Not 'these people', but your colleagues!", the Solicitor General said.

"We would not have adjourned only on this ground. Our problem is that if everybody can get over today, we are ready to go on, but if it remains part heard, then to reopen this matter again, 2-3 benches are broken up...", explained Justice Chandrachud.

Solicitor General of India Tushar Mehta said that he would require at least 3 hours.

"I will take at least 3 to 3.5 hours. That is my realistic assessment. It won't be over today", the SG said.

Senior Advocate Mukul Rohatgi, appearing for Rakesh Asthana, joined the SG's request and said "I will take at least one session".

Bhushan replied that in the High Court they (SG & Rohatgi) took less than one hour. This was objected to by the Solicitor General and Rohatgi.

The bench proceeded to adjourn the hearing to February 9. If the hearing does not get over on that day, it will continue on February 10.

Bhushan urged that it be made clear that there won't be any further adjournments. During the short session, there were certain exchanges between the Solicitor General and Bhushan.

Solicitor General said that the "cloak of public interest" will be taken off during the hearing. "I am amused by the Solicitor's remarks", Bhushan responded.

"These are not just remarks. These are well-considered statements", Solicitor retorted.

"Let's reserve this for the final hearing", Justice Chandrachud intervened.3

BACKGROUND
Asthana, a 1984-batch Gujarat cadre IPS Officer, was appointed as Delhi Police Commissioner on July 27, just four days before he was scheduled to retire from service. The Union Home Ministry, which oversees the Delhi Police, granted Mr Asthana one year's extension in service "in public interest".

The petitioner argued that the decision is in violation of a July 2018 judgment of the Supreme Court in the case Prakash Singh & Others v.Union of India which said that the Union Public Service Commission (UPSC) should, as far as possible, consider only those officers for such appointments who have two years of service left.
The Delhi High Court, in its October 12 judgment dismissing the challenge against Asthana's appointment, held that the Prakash Singh guidelines are applicable only to states and have no application for appointment of Commissioners/Police Heads of Union Territories falling under the AGMUT Cadre.

The High Court also held that Delhi being the national capital, the Central Government must be given larger leeway in appointing an experienced and competent officer as the Police Commissioner.

"It ought to be kept in mind that Delhi, being the Capital of India, has a unique, special and specific requirement. It has witnessed several untoward incidences and extremely challenging law and order situations/riots/crimes, which have an international implication, which in the wisdom of the Central Government necessitated appointment of an experienced officer possessing diverse and multifarious experience of heading a large Para-Military Security Force apart from other factors", the division bench comprising Chief Justice DN Patel and Justice Jyoti Singh observed.

The High Court delivered the judgment in a writ petition filed by one person named Sadre Alam. Earlier, CPIL had approached the Supreme Court with its petition under Article 32. However, a bench led by the Chief Justice of India asked CPIL to approach the High Court, having regard to the pendency of the challenge there, and requested the High Court to decide the issue expeditiously.