Statutory Regulation On Private Bodies By Itself Does Not Make Them Subject To Writ Jurisdiction: SC [Read Judgment] 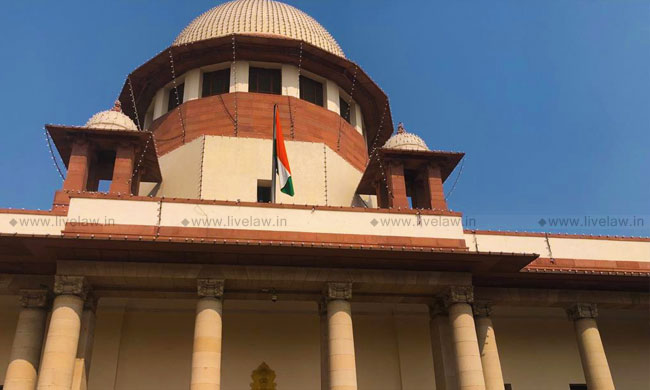 The Supreme Court has made it clear that mere regulation by a statute on a private body cannot be conclusive of whether it discharges a public function, to hold it amenable to writ jurisdiction of a High court. The bench comprising Justice DY Chandrachud and Justice Hemant Gupta, in a judgment delivered last month, held that Ramakrishna Mission and its Hospital at Itanagar would...

The Supreme Court has made it clear that mere regulation by a statute on a private body cannot be conclusive of whether it discharges a public function, to hold it amenable to writ jurisdiction of a High court.

The bench comprising Justice DY Chandrachud and Justice Hemant Gupta, in a judgment delivered last month, held that Ramakrishna Mission and its Hospital at Itanagar would not constitute an authority within the meaning of Article 226 of the Constitution nor a 'State' under Article 12.

In Ramakrishna Mission vs. Kago Kunya, the division bench of the Gauhati High Court had held that the Mission is running a very large hospital in the State and utilised public funds for a part of its operation and thus would be amenable to writ jurisdiction. An employee of the Hospital managed by the Mission had filed a writ petition before the High Court seeking a direction to the management to allow him to continue in service until he completes thirty-five years of service, counting the appointment from 31 March 1982 when he was substantively appointed as a Nursing Aid.

In appeal, the Apex court bench noticed these two aspects particularly. One, under the Memorandum of Association and Rules and Regulations of the Mission, there is no governmental control in the functioning, administration and day to day management of the Mission. Second, the conditions of service of the employees of the hospital are governed by service rules which are framed by the Mission without the intervention of any governmental body.

The bench observed that before an organisation can be held to discharge a public function, the function must be of a character that is closely related to functions which are performed by the State in its sovereign capacity. It said:

"There is nothing on record to indicate that the hospital performs functions which are akin to those solely performed by State authorities. Medical services are provided by private as well as State entities. The character of the organisation as a public authority is dependent on the circumstances of the case. In setting up the hospital, the Mission cannot be construed as having assumed a public function. The hospital has no monopoly status conferred or mandated by law. That it was the first in the State to provide service of a particular dispensation does not make it an 'authority' within the meaning of Article 226. State governments provide concessional terms to a variety of organisations in order to attract them to set up establishments within the territorial jurisdiction of the State. The State may encourage them as an adjunct of its social policy or the imperatives of economic development. The mere fact that land had been provided on a concessional basis to the hospital would not by itself result in the conclusion that the hospital performs a public function. In the present case, the absence of state control in the management of the hospital has a significant bearing on our coming to the conclusion that the hospital does not come within the ambit of a public authority."

As regard the contention that the hospital is subject to regulation by the Clinical Establishments (Registration and Regulation) Act 2010, the bench said:

"Private individuals and organizations are subject to diverse obligations under the law. The law is a ubiquitous phenomenon. From the registration of birth to the reporting of death, law imposes obligations on diverse aspects of individual lives. From incorporation to dissolution, business has to act in compliance with law. But that does not make every entity or activity an authority under Article 226. Regulation by a statute does not constitute the hospital as a body which is constituted under the statute. Individuals and organisations are subject to statutory requirements in a whole host of activities today. That by itself cannot be conclusive of whether such an individual or organisation discharges a public function."

The court also added that contracts of a purely private nature would not be subject to writ jurisdiction merely by reason of the fact that they are structured by statutory provisions. Only exception to this principle arises in a situation where the contract of service is governed or regulated by a statutory provision, the bench added.

The court also noted that the Clinical Establishments Act does not govern contracts of service entered into by the Hospital with respect to its employees. This fall within the ambit of purely private contracts, against which writ jurisdiction cannot lie. The sanctity of this distinction must be preserved.