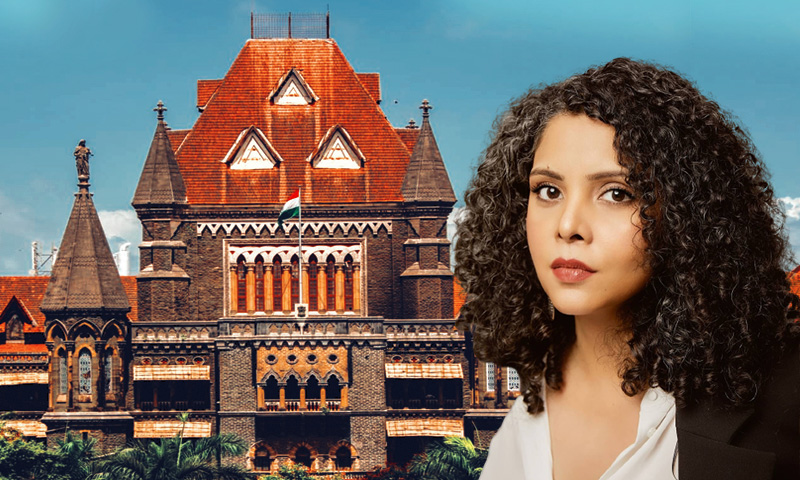 The Bombay High Court on Monday granted 4 weeks transit anticipatory bail to journalist Rana Ayyub in the FIR registered by the Uttar Pradesh police over her tweet on the Ghaziabad incident relating to the assault of an elderly Muslim man.A single bench of Justice PD Naik ordered that protection can be granted to Ayyub for a period of four weeks to enable her to approach the appropriate court...

The Bombay High Court on Monday granted 4 weeks transit anticipatory bail to journalist Rana Ayyub in the FIR registered by the Uttar Pradesh police over her tweet on the Ghaziabad incident relating to the assault of an elderly Muslim man.

A single bench of Justice PD Naik ordered that protection can be granted to Ayyub for a period of four weeks to enable her to approach the appropriate court to seek appropriate reliefs.

"In the event of arrest during the period of four weeks, the applicant be released on executing a PR Bond of 25,000 with one or more sureties", the bench ordered.

Senior Advocate Mihir Desai, who appeared for Ayyub, told the bench that she was a globally renowned journalist who has won several awards for her work and contended that she had only made a tweet based on news reports about the incident of the Muslim man being attacked.

When conflicting versions emerged about the incident, Desai said, Ayyub deleted the tweet. He also told the bench that Ayyub had recently undergone a spinal surgery and therefore required 3-4 weeks time to approach the jurisdictional courts in UP.  Mr.Desai also pointed out that all offences mentioned in the FIR are punishable with less than 3 years imprisonment.

The bench observed that since the applicant was only seeking protection to approach the jurisdictional court, adjudication of the application on merits was unnecessary.

Ayyub approached the court on June 18, two days after the Uttar Pradesh police registered an FIR against her and eight others, including microblogging social media platform Twitter.

The FIR is registered for offences punishable under Sections 153 (provoking to cause riots), 153A (promoting enmity between religious groups), 295A (insulting religious beliefs), 505 (statements inducing public mischief) & 120B (punishment of criminal conspiracy) of the Indian Penal Code.

It named Twitter Inc. & Twitter Communications Pvt. Ltd. as it failed to take down the tweets and allegedly allowed the video to go viral.

The FIR was in the backdrop of an elderly Muslim man's claim in a video that his beard was cut off, and he was forced to chant "Vande Mataram" and "Jai Shri Ram". However, later on, the Uttar Pradesh Police ruled out any "communal angle" and said that Sufi Abdul Samad, the elderly man, was attacked by six men, as they were unhappy over the tabeez (amulets) he had sold them.

The other accused in the FIR are news website The Wire along with Alt news co-founder Mohammed Zubair, Congress politicians Shama Mohamed, Salman Nizami and Maskoor Usmani.

What does the FIR state?

The FIR states that a video of an elderly man was circulated by few people on their social media handles, in which, some mischievous elements could be seen beating up an elderly man named Abdul Samad & they were forcefully cutting his beard and they forced him to chant "Jai Shri Ram" and "Vande Mataram".

Further, the FIR alleges that the accued circulated the video of the incident on their Twitter handles, without checking the authenticity of the video, and that they gave the video a communal angle as they intended to incite communal hatred between the religious communities and wanted to disturb the public order.

The FIR also states that the views expressed while sharing the videos weren't individual opinions, rather they were shared with a clear intention, and the sharing of the video indicates a criminal conspiracy. And they intended to incite communal hatred between the Hindu and Muslim communities.

Apart from this, the FIR alleges that upon a preliminary investigation undertaken by the Ghaziabad police, it was found that the people in the video who were beating the elderly man were known to Abdul Samad and they were doing so because the elderly had allegedly sold them a Tabeez (amulet) and thereafter, claiming that it did not work, as promised by Abdul, they beat him up.

The FIR also states that the Police have arrested three persons related to this case, and they belong to both, Hindu & Muslim communities, and the Ghaziabad Police issued a press statement clarifying all these facts.

However, the FIR further alleges, despite the clarification that it was a personal dispute between the parties and the accused are from Hindu and Muslim communities, the accused persons, continued to incite communal hatred by way of sharing the videos and due to this, the fake news with communal angle spread on a large scale.

The FIR also alleges that the fake news has ignited the feeling of fear in the minds of the people of Uttar Pradesh and the accused person, intentionally spread the fake news and since they have an influential presence on social media, they have a responsibility as well.

Lastly, the FIR states that this is not the first time that they have tried to peddle fake and misleading news on social media and that they all, without verifying the truth of the video, shared the video on their social media handles.