Real Time Reporting Of Court Hearing In Social Media Not A Cause Of Apprehension; A Virtual Extension Of 'Open Court' : Supreme Court 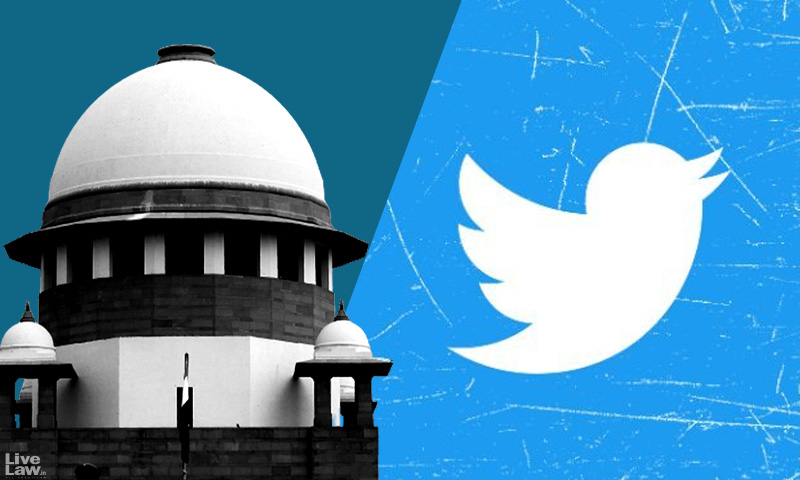 Real-time reporting of court room proceedings in social media is not a cause of apprehension but a virtual extension of the concept of open court, the Supreme Court has held.The Court said that this new-age trend is a "celebration of our constitutional ethos which bolsters the integrity of the judiciary by focusing on its functions". It held that such real-time reporting is an extension...

Real-time reporting of court room proceedings in social media is not a cause of apprehension but a virtual extension of the concept of open court, the Supreme Court has held.

The Court said that this new-age trend is a "celebration of our constitutional ethos which bolsters the integrity of the judiciary by focusing on its functions". It held that such real-time reporting is an extension of freedom of speech and expression that media possesses. Social media forums give a wider audience to real-time updates.

A division bench comprising Justices DY Chandrachud and MR Shah made these significant observations while rejecting a prayer made by the Election Commission of India to stop media from reporting the oral remarks made by judges in a hearing, which do not form part of judicial record. The ECI was aggrieved with oral remarks made by the High Court castigating it for allowing election rallies during the COVID pandemic.

Observing that the internet and social media have "refashioned and,in significant ways,revolutionized the means through which information is relayed", the bench observed :

The 31-page judgment authored by Justice DY Chandrachud acknowledged that the new developments in technology are changing the way court proceedings are also getting reported.

"The world is adapting to technology at a pace which is often difficult to catalogue, and many of our citizens are becoming digital natives from a young age. It is understandable that they will look towards modern forms of media, such as social media websites and applications, while consuming the news. This, understandably, would also include information reported about the functioning of courts. Hence, it would do us no good to prevent the new forms of media from reporting on our work"

It is better for the Constitutional Authorities to accept this new-reality, than to complain, the Court said.

"Acceptance of a new reality is the surest way of adapting to it. Our public constitutional institutions must find better responses than to complain", the judgment said.

"In this backdrop, it would be retrograde for this Court to promote the rule of law and access to justice on one hand, and shield the daily operations of the High Courts and this Court from the media in all its forms, by gagging the reporting of proceedings, on the other", the Court said.

The Supreme Court said that the prayer of ECI to restrain media coverage of court hearings strikes at two fundamental principles guaranteed under the Constitution –open court proceedings; and the fundamental right to the freedom of speech and expression.

Also From the judgment :

No Question Of Expunging Judges' Oral Remarks Which Are Not Part Of Judicial Record : Supreme Court In ECI Case