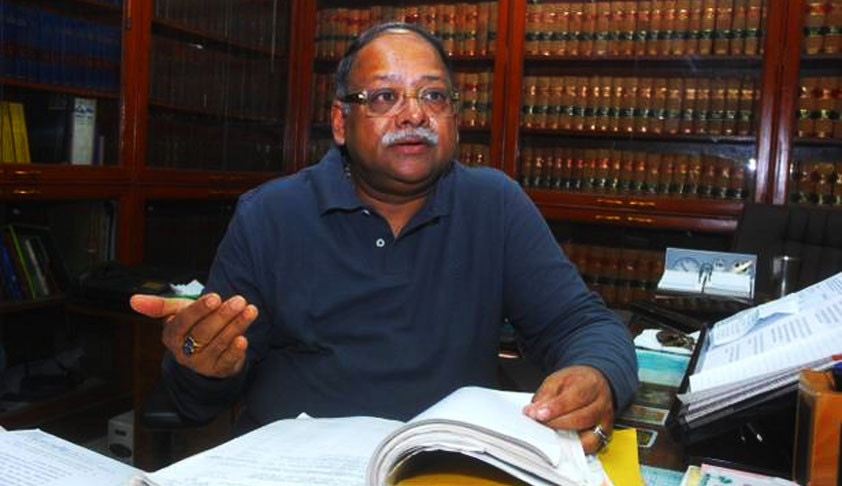 Having considered former Solicitor General Ranjit Kumar's services as Amicus Curiae for over two decades in the MC Mehta case, the Supreme Court today directed the Delhi Government to pay him Rs 50 lakh.

The Bench led by Justice Arun Mishra recorded its appreciation for the work done by not only by Kumar, but also for Mr. ADN Rao, Ms. Aparajita Singh and Ms. Anitha Shenoy. The Court ordered the Government of NCT of Delhi to pay each of them a sum of Rs. 25 lakhs each for diligently assisting the Bench in the case that has taken up a multiplicity of environment related issues over the years.

Though the payment is to be adjusted against municipal corporations, the Court asked the Government of NCT of Delhi to make such payment due to the financial constraints being faced by the Corporation.

"We deem it fit to direct the payment of Rs. 50 Lakhs to Sh. Ranjit Kumar and Rs. 25 Lakhs each to Sh. A.D.N. Rao, Smt. Aparajita Singh and Smt Anita Shenoy, learned Amicus Curiae. It will be without prejudice to their further adjusting this amount by way of raising the claim, as ordered by this Court, with the concerned Municipal Corporations.

Let the Govt. of NCT of Delhi make the payment as the financial constraint is being faced by the Municipal Corporations" -Ordered the Bench.

However, senior advocate Ranjit Kumar refused to accept the payment.

In light of this gesture, the Court recorded its appreciation and went on to direct that the payment need not be made to Kumar.

Moved by Ranjit Kumar's efforts as an Amicus, and his graciousness in not accepting payment, the Apex Court expressed its appreciation in the Order as follows-

"We feel that   Sh.   Ranjit   Kumar,   learned   Amicus   Curiae,   has rendered selfless services with total devotion to the public cause, he should be adequately honoured at least,   so we appreciate the humane services and valuable guidance given by Sh. Ranjit Kumar to the Court by way of his thorough preparation in the matter and he is a valuable asset to   this case. He has contributed to the betterment of the environment and other aspects to the best of his ability and capacity.  Though we have ordered the payment of Rs. 50 Lakhs   to Sh.   Ranjit   Kumar,   but he has declined to receive any payment.     Hence,   the amount not to be paid.     We   appreciate   his gesture which has really moved us."

The Court, in its Order has further directed the Delhi government to make the requisite payments within 2 months.