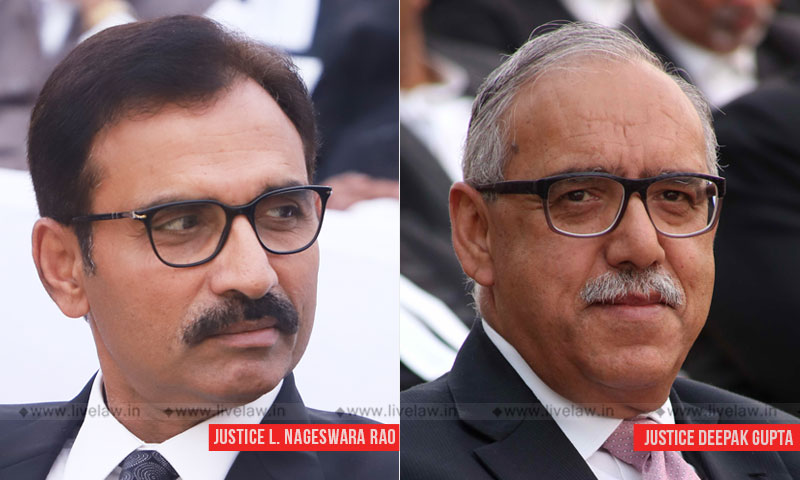 The Supreme Court has granted bail to an accused charged under Narcotic Drugs and Psychotropic Substances Act, 1985 on the ground that there is a reasonable possibility that he may be acquitted.

The prosecution case against Sujit Tiwari was that he was aware of what his brother, accused in NDPS case, was doing and was actively helping his brother. The Court noted that, other than a few WhatsApp messages and his own statement which he has resiled from, there is no other evidence.

The bench comprising Justices L. Nageswara Rao and Deepak Gupta observed that the case of the appellant herein is totally different from the other accused. The Court noted that the provisions of Section 37 of the NDPS Act lays down two limitations; one, that the court is prima facie of the view that the appellant is not guilty of the offence and secondly, that he is not likely tocommit any offence while on bail

While granting bail to the accused, the Court said:

Reasonable possibility is there that he may be acquitted. He has been behind bars since his arrest on 04.08.2017 i.e. for more than 2 years and he is a young man aged about 25 years. He is a B.Tech Graduate. Therefore, under facts and circumstances of this case we feel that this is a fit case where the appellant is entitled to bail because there is a possibility that he was unaware of the illegal activities of his brother and the other crew members. The case of the appellant is different from that of all the other accused, whether it be the Master of the ship, the crew members or the persons who introduced the Master to the prospective buyers and the prospective buyer

The Court also has imposed stringent conditions while granting bail.