'Recognize Trees As Living Entities' : SC Issues Notices On Plea Against Felling Of Trees In UP [Read Petition ] 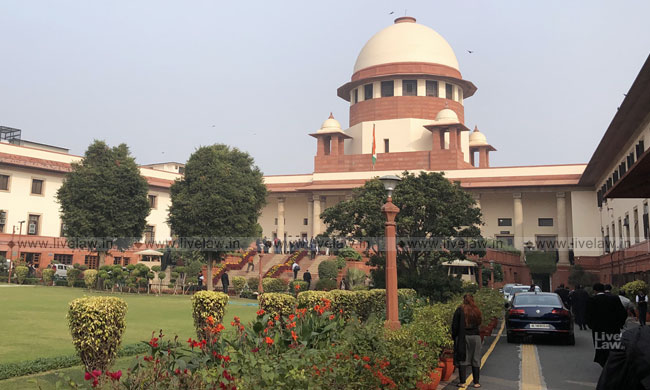 On Wednesday, the Supreme Court issued notices on a plea challenging the decision of the Uttar Pradesh government to cut around 64,000 trees along the Gomti river in Lucknow, for holding different programmes during the next year's Defence Expo.

The petition filed by Sheela Barse through Advocate Prashant Padmanabhan pleaded the court to recognize trees as "Living Entities", entitled to protection under Article 32, 14, 19, 21 and 48A of the Constitution. It states that "unmindful" felling of trees is against intergenerational equity and against the right to life and existence of not just humans but other living beings including trees.

Thus the Petitioner has prayed for specific directions to the state government as well as the Defence Ministry, restraining them from inflicting any damage or felling, uprooting, cutting, or burning trees.

The three-judge bench of Chief Justice SA Bobde, Justice BR Gavai and Justice Surya Kant has issued notices to the Government of Uttar Pradesh, the Ministry of Defence and other respondents in the petition.

Last month, the Lucknow Development Authority had asked the Lucknow Nagar Nigam to remove trees from Hanuman Setu to the Nishatganj Bridge in Lucknow, and handover the cleared land to Hindustan Aeronautics Limited.

The plea contends that "Violence is not just physical violence but also curtailing the gifts of nature to future generations. Cutting of huge number of trees is an inter-generational injustice which must be stopped forever". It has been prayed that in case a tree poses danger to life, due to its age, etc., its felling must be videographed by the entity concerned, in the presence of Collector of the District.

The Petitioner also pointed out that most of such decisions were taken in the dark of the nights and hence major news reporting channels should select journalists for embedding, to provide coverage all round the clock. She asserted that there is an established procedure to authorize few journalists to accompany action teams to such sites.

The plea cited various incidents of mass felling of tress, including the recent felling at Aarey forest in Mumbai, and sought directions to the Government of India and all state governments/administrators of Union Territories, to abandon the plan of destruction of trees for any purpose whatsoever unless it meets expert scrutiny.

The bench has now posted the matter for hearing on January 9, 2020.