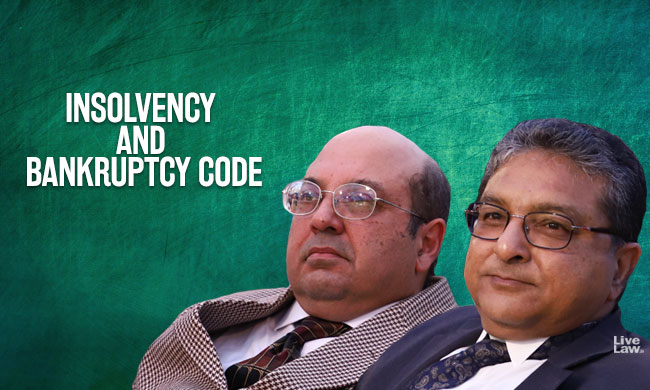 "Looked at from any angle, there is no doubt that a registered trade union which is formed for the purpose of regulating the relations between workmen and their employer can maintain a petition as an operational creditor on behalf of its members."

In a significant ruling, the Supreme Court has held that a registered trade union can maintain a petition as an operational creditor on behalf of its members.

The bench comprising Justice Rohinton Fali Nariman and Justice Vineet Saran allowed the appeal against the National Company Law Appellate Tribunal (NCLAT) order which held that a trade union would not be an operational creditor as no services are rendered by the trade union to the corporate debtor.

JK Jute Mill Mazdoor Morcha issued a demand notice on behalf of about 3000 workers  under Section 8 of the Insolvency and Bankruptcy Code for outstanding dues of workers. The National Company Law Tribunal (NCLT) dismissed their application. Upholding the NCLT order, the NCLAT observed that stating that each worker may file an individual application before the NCLT.

Trade Union Is A 'Person' Under The IBC Code

Disagreeing with this approach the bench observed that, a trade union is an entity established under a statute – namely, the Trade Unions Act, and would thus fall within the definition of "person" under Sections 3(23) of the Code. An "operational debt", meaning a claim in respect of employment, could certainly be made by a person duly authorised to make such claim on behalf of a workman, the court said. It further observed:

"Further, a registered trade union recognised by Section 8 of the Trade Unions Act, makes it clear that it can sue and be sued as a body corporate under Section 13 of that Act. Equally, the general fund of the trade union, which inter alia is from collections from workmen who are its members, can certainly be spent on the conduct of disputes involving a member or members thereof or for 8 the prosecution of a legal proceeding to which the trade union is a party, and which is undertaken for the purpose of protecting the rights arising out of the relation of its members with their employer, which would include wages and other sums due from the employer to workmen."

Filing Individual Petitions Would Be Burdensome

Referring to provisions of the code, the bench said that a trade union, like a company, trust, partnership, or limited liability partnership, when registered under the Trade Union Act, would be "established" under that Act in the sense of being governed by that Act.

"Instead of one consolidated petition by a trade union representing a number of workmen, filing individual petitions would be burdensome as each workman would thereafter have to pay insolvency resolution process costs, costs of the interim resolution professional, costs of appointing valuers, etc. under the provisions of the Code read with Regulations 31 and 33 of the Insolvency and Bankruptcy Board of India (Insolvency Resolution Process for Corporate Persons) Regulations, 2016. Looked at from any angle, there is no doubt that a registered trade union which is formed for the purpose of regulating the relations between workmen and their employer can maintain a petition as an operational creditor on behalf of its members. We must never forget that procedure is the handmaid of justice, and is meant to serve justice."

Setting aside the Tribunals' view, the bench remanded the matter to NCLAT to decide the application on merits and said:

"What is clear is that the trade union represents its members who are workers, to whom dues may be owed by the employer, which are certainly debts owed for services rendered by each individual workman, who are collectively represented by the trade union. Equally, to state that for each workman there will be a separate cause of action, a separate claim, and a separate date of default would ignore the fact that a joint petition could be filed under Rule 6 read with Form 5 of the Insolvency and Bankruptcy (Application to Adjudicating Authority) Rules, 2016, with authority from several workmen to one of them to file such petition on behalf of all."