"Reinstatement Of Complainant Who Made Sexual Harassment Allegations Against Ex-CJI Reiterates Truthfulness In Them": Senior Advocate Dushyant Dave 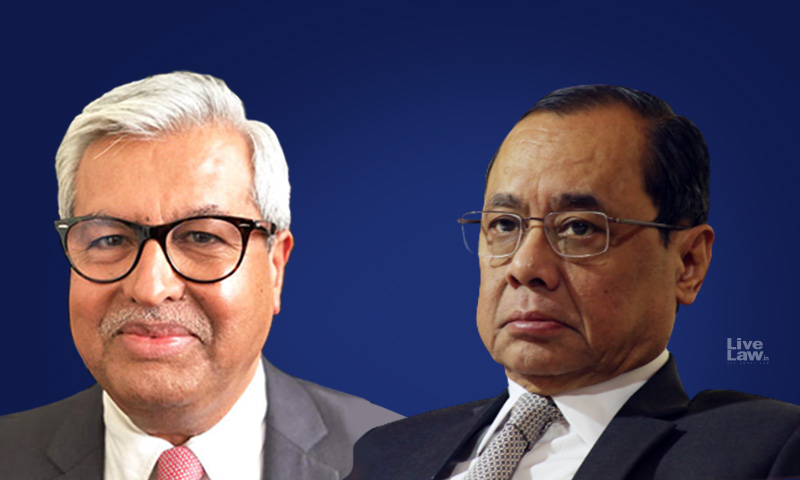 While speaking at the "Justice Hosbet Suresh Memorial Lecture", Senior Advocate Dushyant Dave made some scintillating remarks while elaborating on the topic of the day "The Supreme Court in Decline: Forgotten Freedoms & Eroded Right"."We as citizens have lost our courage to stand up and ask for our rights. Charity begins at home. No one should get violent but we must put pressure...

While speaking at the "Justice Hosbet Suresh Memorial Lecture", Senior Advocate Dushyant Dave made some scintillating remarks while elaborating on the topic of the day "The Supreme Court in Decline: Forgotten Freedoms & Eroded Right".

"We as citizens have lost our courage to stand up and ask for our rights. Charity begins at home. No one should get violent but we must put pressure on Constitutional Bodies. Nothing but Moral Pressure will recuperate the system," said Dave in his opening remarks.

While stating that the fallacies in the judiciary cannot be solely attributed to 2014, i.e. when the BJP Government came to power but to the year 1992, when the Collegium system came to being, Dave said that Judges who were thus being appointed were not "at par".

India's collective character is down, he said and history was to be respected and accepted, with a correct perspective. "We must remember that we cannot go back in time and defeat Babur and though we have to deprecate him, we must not forget to appreciate Akbar either," added the Senior Counsel and Supreme Court Bar Association President.

Emphasising on the way that the Judiciary has spiralled down in accountability as well as conduct, Dave touched upon the sexual harassment charges which were alleged on Ex-CJI Ranjan Gogoi and the subsequent reinstatement of the Complainant, which pointed to truthfulness in her allegations.

Dushyant Dave then went on to elaborate how the "Rule of Law" was singularly absent from our country and said that the concept was only applicable for the "rich and powerful". India is not short of talent and we are second to none, he said, but can move forward only if we are guided by proper persons.

Touching upon the Nizammuddin Markaz issue, Dave said that we must introspect on how we as a country, demonised and criminalised a religious exercise. "They were here to learn! What did we do, we termed them criminals!" he said.

He then added that in the same way, a gathering of thousands should have been therefore criminalised in Ahmedabad when Donald Trump visited India. "Ideologies are not my concern, my concern is how minority rights are being deprecated everyday," he added.

Next, Dave reflected upon the Constitutional Assembly debates where Dr. BR Ambedkar had based the fate of Muslims into the hands of majority following the partition.

Dave: In Constituent Assembly debates, Dr. Ambedkar had said "the fate of those Muslims who chose to live in India after Partition is in the hands of the majority".In that context..... responsibility is of the majority community to protect their rights.

The Senior Advocate also spoke about how the Bar had not come forward to speak up for the lost Constitutional tenets, "ultimately, the bar and bench work in tandem," he said. "My question is, where is the Bar today? What, just 5-6 people? They all come on television and give us sermons but they never speak against Judiciary, because they have to appear before them!"

Elaborating on how Globalisation and liberal thought was sought to be killed, Dave said that our pharma industry could take a huge hit if Chinese raw materials are completely banned.

In his concluding remarks, he urged the new generation of lawyers to be flag-bearers of Constitutional tenets.