[Order VII Rule 11 CPC] If Plaint Does Not Disclose Cause Of Action Or Suit Is Barred By Any Law, The Court Has No Option But To Reject The Plaint: SC [Read Judgment] 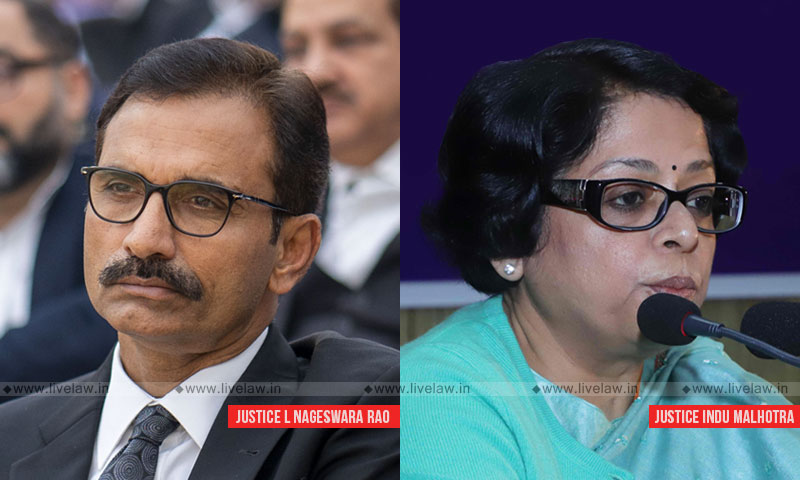 "The provision of Order VII Rule 11 is mandatory in nature."

In a judgment delivered today, the Supreme Court has observed that the provision of Order VII Rule 11 Code of Civil Procedure regarding 'Rejection of Plaint' is mandatory in nature.

"It states that the plaint "shall" be rejected if any of the grounds specified in clause (a) to (e) are made out. If the Court finds that the plaintiff does not disclose a cause of action, or that the suit is barred by any law, the Court has no option, but to reject the plaintiff.", the bench comprising Justices L. Nageswara Rao and Indu Malhotra said.

In this case, the Trial Court, had allowed the application filed by defendants under Order VII Rule 11(d), CPC holding that the suit filed by the Plaintiff was barred by limitation. The Suit was for cancellation of the sale deed (which was executed more than five years ago) on the ground that the sale consideration fixed by the Collector, had not been paid in entirety by the defendant. The period of limitation for a suit seeking a relief of cancellation of sale deed is three years, which commences from the date when the right to sue first accrues.

In the appeal upholding the rejection of plaint by the Trial Court, the Apex Court bench has succinctly summarized the law applicable for deciding an application for Rejection of Plaint under Order VII Rule 11 CPC. It noted that this provision provides an independent and special remedy, wherein the Court is empowered to summarily dismiss a suit at the threshold, without proceeding to record evidence, and conducting a trial, on the basis of the evidence adduced, if it is satisfied that the action should be terminated on any of the grounds contained in this provision. It said:

"The underlying object of Order VII Rule 11 (a) is that if in a suit, no cause of action is disclosed, or the suit is barred by limitation under Rule 11 (d), the Court would not permit the plaintiff to unnecessarily protract the proceedings in the suit. In such a case, it would be necessary to put an end to the sham litigation, so that further judicial time is not wasted."

The Court made the following observations:

In facts of the case, the Court observed that the plaintiffs by clever drafting of the plaint, attempted to make out an illusory cause of action, and bring the suit within the period of limitation. It said that the Plaintiffs deliberately did not mention the date of the registered Sale Deed since it would make it evident that the suit was barred by limitation. Further, the court observed that non payment of a part of sale consideration is not a ground for cancellation of a registered Sale Deed.

The bench added that there was delay of over 5 and ½ years after the alleged cause of action arose in 2009, and therefore the suit was clearly barred by limitation as per Article 59 of the Limitation Act, 1963. Dismissing the appeal by imposing costs of Rs. 1 Lakh on appellant, the court observed that the conduct of the Plaintiffs in not taking recourse to legal action for over a period of 5 and ½ years from the execution of the Sale Deed in 2009, for payment of the balance sale consideration, also reflects that the institution of the present suit is an after-thought.