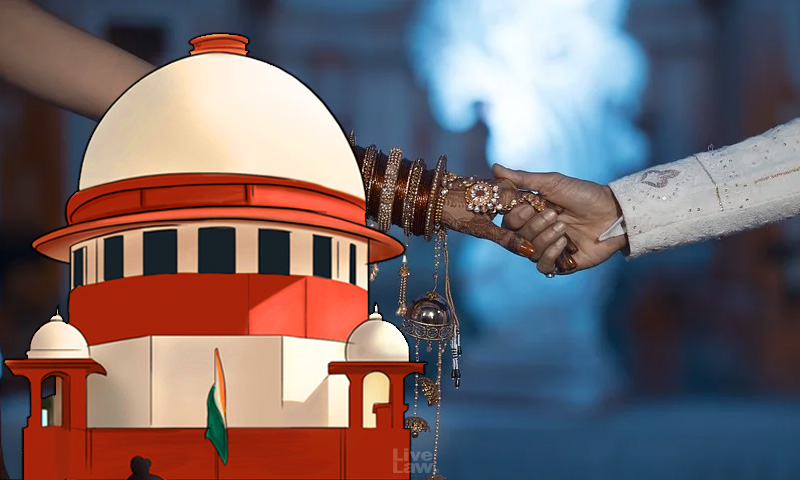 The Supreme Court has held that in a proceedings under the Hindu Marriage Act between a husband and a wife, a relief against a third party cannot be claimed.

The Court held so while rejecting a wife's plea to seek a declaration that the alleged marriage between her husband and another woman was void.

A bench of Justices M.R.Shah and A.S.Bopanna made the observation in a judgement Nitaben Dinesh Patel vs Dinesh Dahyabhai Patel. The judgement authored by Justice M.R.Shah further held that if some facts have come to the knowledge subsequent to the commencement of trial an application for amendment of written statement can be allowed even after the trial has commenced.

Explaining Order VI Rule 17 CPC which permits amendment of written pleadings, the Bench explained that no application for amendment shall be allowed after the trial has commenced unless the Court comes to the conclusion that in spite of due diligence, the party could not have raised the matters before the commencement of the trial.

In the present case, the Bench noticed that the appellant-wife came to know about the subsequent marriage between respondent and third party only during cross-examination of the respondent. Therefore, the restrictions as per proviso to Order VI Rule 17 CPC shall not be applicable. The Bench holds:

"If some facts have come to the knowledge subsequently and subsequent to the commencement of trial….and if it is found necessary for the purpose of determining the real questions in controversy between the parties…such an application for amendment can be allowed even after trial has commenced." (Para 7)

With respect to the permissibility of counter-claim under Order VIII Rule 6A of the CPC, the Bench observes that the core question which requires consideration is whether the appellant-wife could have claimed the relief sought qua para 37 by way of counter-claim in a marriage petition filed by the respondent-husband for dissolution of the marriage?

Answering the question in negative, the Bench holds that as per S.23A of the Hindu Marriage Act, by way of counter-claim the appellant-wife can pray for reliefs only those which can be prayed or granted under HMA namely- Restitution of Conjugal Rights (S.9); Judicial Separation (S.10); Declaration of marriage between petitioner and respondent void (S.12) and divorce (S.13). Crucially, the Bench holds that no relief can be prayed qua third party.

The Bench further observes that the only remedy available to the appellant would be to file a substantive suit and/or initiate independent proceedings claiming such reliefs. The Court set aside the impugned judgement and order passed by the High Court and restored the Family Court order partially permitting the appellant-wife to amend her written statement.

The judgement set aside the impugned judgement and order passed by the High Court and restored the Family Court order partially permitting the appellant-wife to amend her written statement.