The Supreme Court, in a press release, said that the reports of Justice RF Nariman and Justice DY Chandrachud meeting Justice SA Bobde, is incorrect.

"It is most unfortunate that a leading Newspaper has chosen to state that Justice RF Nariman and Justice DY Chandrachud together met Justice SA Bobde on Friday Evening i.e. on 3rd May 2019. This is wholly incorrect."

The In-House Committee which is deliberating on the issue concerning the CJI deliberates on its own without any input from any other Judge of Supreme Court, the Secretary General stated.

The Indian Express had reported that the Supreme Court judges Justices D Y Chandrachud and R F Nariman have expressed their objections regarding the decision of the inquiry panel headed by Justice Bobde to proceed ex-parte to probe the sexual harassment allegations against the Chief Justice of India. Quoting sources, it had reported that both the judges met the inquiry panel of Justices Bobde, Indu Malhotra and Indira Banerjee and discussed their concerns about the probe continuing despite the decision of the complainant to refuse to participate in the proceedings and said that such a procedure "hurts Supreme Courts' name".

Last week, the former SC staff had decided to withdraw from the enquiry citing several concerns, such as the panel not following Visakha guidelines and POSH Act, rejection of her request for a lawyer etc. Even thereafter, the Committee had reportedly examined the CJI, who rebutted the allegations against him. 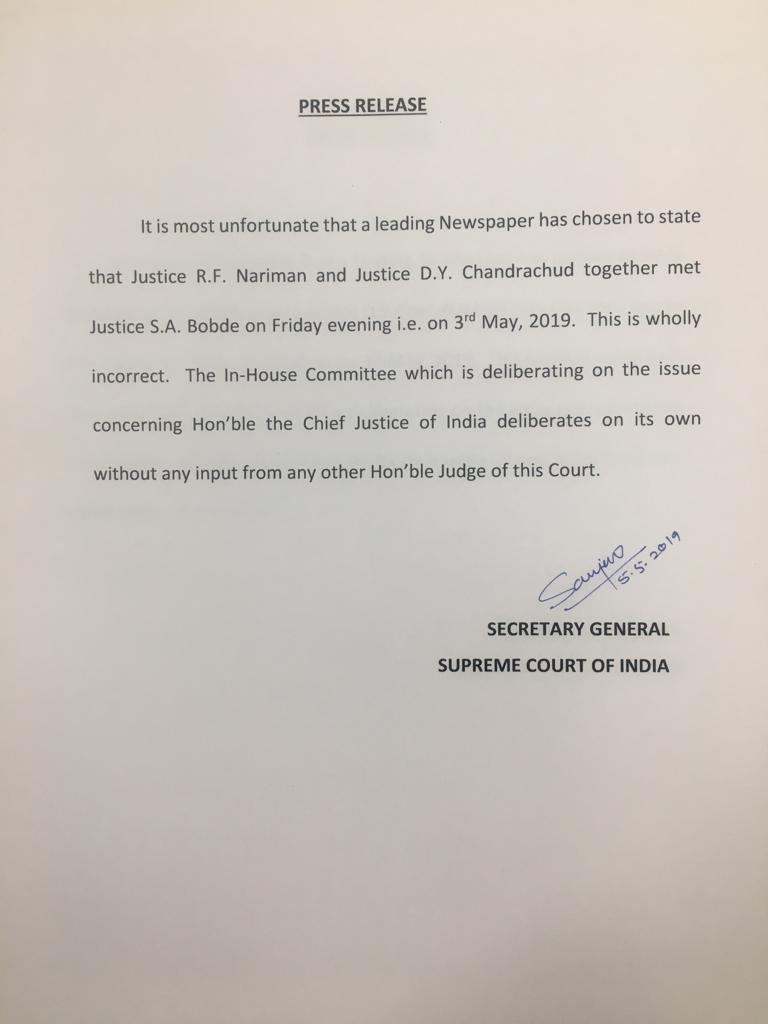