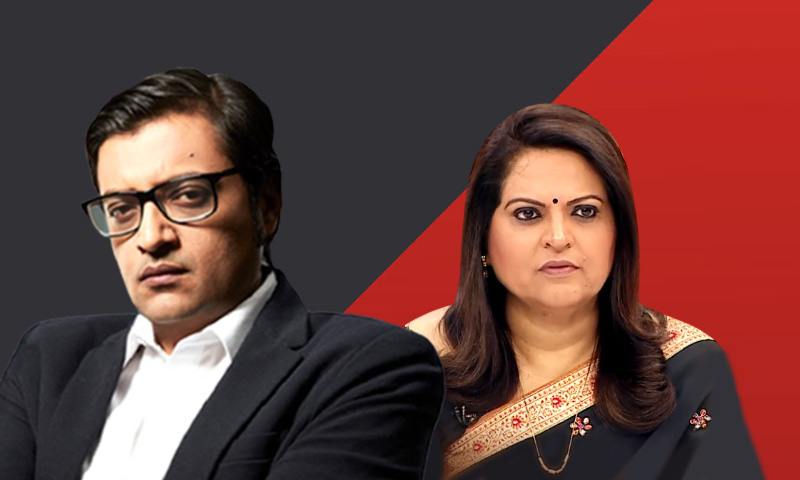 The petition filed before the Chief Metropolitan Magistrate, Patiala House courts through Advocate Ayush Jindal alleges that Republic Media Network has been the target of a vicious, vindictive and malice driven exercise under the Maharashtra Government and that Kumar, as a part of a planned scheme and to take advantage of the ongoing deep-seated malice intends to further her own corporate interests.

It is stated that the entire matter relating to alleged TRP manipulations is being investigated and pending consideration before the Bombay High Court. Regardless, it is alleged, in a telecast dated 18 January:

"By misusing, misconstruing and distorting the documents from the Mumbai Police's chargesheet in the TRP Scam, mainly the WhatsApp Chats, and without regard to the matter being sub judice both before the lower courts at Mumbai and the Hon'ble Bombay High Court, the Accused Person has gone on a reckless spree to spew grossly defamatory material mentioned below that has been telecast, published, circulated and disseminated on the TV Channel Times Now as well as the internet in various portal such as the Youtube."

The Petitioner has urged that Kumar cannot be permitted to steal a march over the adjudication process and pronounce the channel guilt by elevating itself a parallel adjudication forum.

"Two charge sheets have already filed but investigation is still ongoing. Trial has not yet begun, and Complainant Company is factually innocent and also presumed innocent until proven guilty. The matter will be decided in accordance with law and no third-party interloper can be permitted to preempt the process of law," states the plea.

In the petition, ARG Outlier has gone on to say that Kumar is jealous of the manner in which Arnab Goswami launched Times Now and made it a thriving news channel within a year, and thereafter launched Republic TV, which has also gathered attraction.

"The Accused is jealous and the lack of ability of the Accused to match the success of the Complainant company, has caused this defamatory show to be aired," states the plea.

It is alleged that Navika Kumar made "rabid and unrounded claims" accusing ArnabGoswami of endangering national security and leaking state secrets; such allegations "an utter falsehood" and "outright falsehood"

The Petitioner has urged the Court to take cognizance of the complaint and summon, try and punish Kumar for the commission of offence under Section 499/ 500 IPC.

Recently, Republic TV sent a legal notice to the Indian Express, asking them to cease and desist from reporting fake and unsubstantiated news against Republic TV in respect of the alleged TRP scam. It stated that Indian Express' report titled "Arnab Goswami paid me $12,000 and Rs 40 lakh to fix ratings: Partho Dasgupta" is a vexatious campaign to tarnish the reputation of Republic TV and is intended to further Indian Express' own commercial and corporate interests through sensationalism.

The Mumbai Police had claimed that Partho Dasgupta had in alleged connivance with another ex-senior BARC official and Republic TV Editor-in-Chief Arnab Goswami, manipulated the television rating points (TRP) of Republic TV and its Hindi arm.

The Crime Branch has charged him under sections 409(criminal breach of trust by a public servant), 420 (cheating) of the IPC.

Meanwhile, the Bombay High Court is seized with a petition filed by Republic TV challenging the investigation against it.