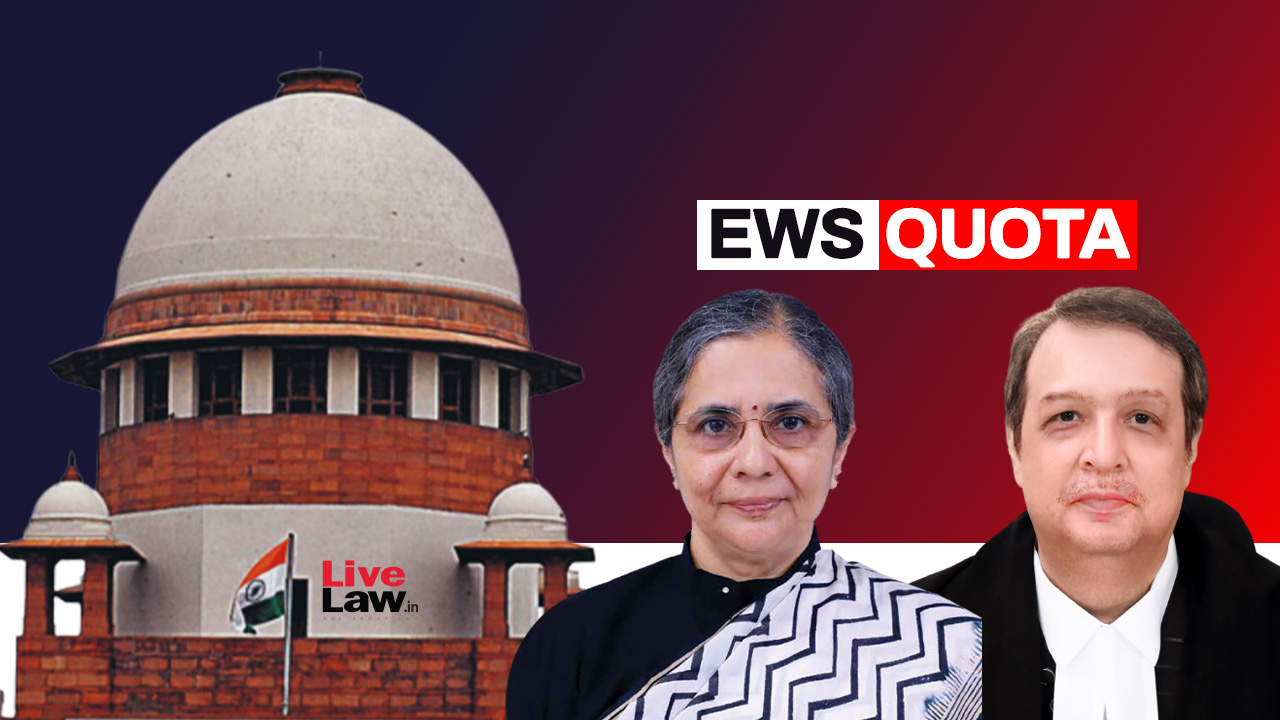 Two Supreme Court judges who were in the majority which upheld the 10% quota for Economically Weaker Sections (EWS) made observations in their judgments regarding the need for a time-limit for reservations.

Justice Bela Trivedi, as parting comments in her judgment, stated that there is a need to revisit the system of reservation after 75 years of independence.

"It cannot be gainsaid that the age old caste system of India was responsible for the origination of the reservation system in the country. It was introduced to address the historic injustice faced by persons belonging to SC, ST, and other backward classes to provide them a level playing field. However, at the end of 75 years of independence, we need to revisit the system of reservation in the larger interests of the society as a step forward towards transformative constitutionalism", Justice Trivedi stated.

Justice Trivedi referred to Article 334 of the Constitution of India which envisaged a time limit for the reservation of Scheduled Castes and Scheduled Tribes in the Parliament and State Legislatures, which is being extended from time to time. The present time line for the quota for SC/STs in legislatures is 2030. The representation for Anglo Indian community in the Parliament and the State Legislative Assemblies has already ceased after the 104th Constitution Amendment. Justice Trivedi expressed that if similar time line is provided for the reservations provided for SC/ST/OBC categories under Article 15 and 16 of the Constitution, it will lead to "an egalitarian classless and casteless society".

Justice Pardiwala, concurring with the majority view upholding the EWS quota, said that reservation cannot go on for an indefinite period so as to become a "vested interest".

"Reservation is not an end, but a means to secure social end economic justice. Reservation cannot be allowed to become a vested interest. The real solution lies in eliminating the causes that have led to the social and educational backwardness of the weaker sections. This exercise of eliminating the causes started immediately after the independence , that is almost 7 decades back and still continues. The long standing development and the spread of education have resulted in tapering the gap between the classes to a considerable extent", Justice Pardiwala stated.

The classes of persons who have attained acceptable standards of education and employment should be removed from backward classes so that attention can be paid to those classes who genuinely need help. Therefore, the method of identification and the ways of determination of backward classes need to be reviewed. It is also necessary to ascertain if the criteria for determining backwardness is relevant in the present times.

Justice Pardiwala quoted Dr.BR Ambedkar to state that the idea was to bring social harmony by introducing reservation for only ten years. However, it has continued past 7 decades.

"Reservation should not continue for an indefinite period of time so as to becomes a vested interest", Justice Pardiwala stated.