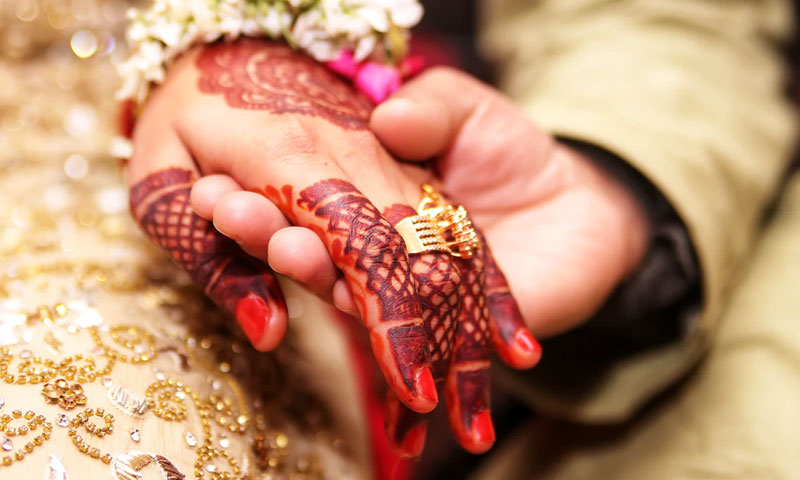 While adjourning the hearing to July 22, Supreme Court on Thursday granted two weeks time to the Union of India to file its counter affidavit in the plea filed challenging the provisions dealing with restitution of conjugal rights.A bench comprising Justice RF Nariman, Justice KM Joseph and Justice BR Gavai adjourned the matter for two weeks after ASG Aishwarya Bhati, appearing for the Union...

While adjourning the hearing to July 22, Supreme Court on Thursday granted two weeks time to the Union of India to file its counter affidavit in the plea filed challenging the provisions dealing with restitution of conjugal rights.

"This is a very important point on Section 9(of Hindu Marriage Act)", Justice Nariman responded to ASG's request.

While saying that it is an important issue, ASG Bhati sought Court's permission to place a response with some documents and assist the Court.

"Okay then, Counter Affidavit to be fully filed in 2 weeks. List after 10 days", the Bench said.

The Bench further informed Advocate Shoeb Alam that that his intervention application will also be heard with the main matter.

Senior Advocate Indira Jaising submitted that " This is purely question of law, namely what is the constitutional validity of Section 9 of the Hindu Marriage Act."

Senior Counsel Jaising further asked the Court to hear the matter after one week, instead of two weeks as "it is just a pure question of law". She added that this is not a matter in which pleadings would be required .

The Bench however directed the matter to be listed on July 22nd.

The present PIL filed by Ojaswa Pathak has challenged Section 9 of the Hindu Marriage Act, section 22 of the Special Marriage Act and Rules 32 and 33 of Order XXI of the Code of Civil Procedure. The petitioner, in its plea has contended that the court-mandated restitution of conjugal rights amounted to a "coercive act" on the part of the state which violates one's sexual and decisional autonomy, right to privacy and dignity, all of which come within the purview of right to life and personal liberty under Article 21.

In March, 2019, the court had sought response from the Union Government in this regard.

"The remedy of restitution of conjugal rights was not recognized by any of the personal law systems of India. The same has its origins in feudal English Law, which at that time considered a wife to be the chattel of the husband. The United Kingdom itself has abolished the remedy of restitution of conjugal rights in 1970.", the plea contends. The Petitioner also seeks reconsideration of the Supreme Court judgment in Saroj Rani v Sudarshan Kumar Chadha AIR 1984 SC 1562 by which it had set aside the Andhra Pradesh High Court's decision quashing section 9 of the Hindu Marriage Act. In the said judgment, the court had made the following observations:

• In India conjugal rights i.e. right of the husband or the wife to the society of the other spouse is not merely creature of the statute. Such a right is inherent in the very institution of marriage itself. There are sufficient safeguards in Section 9 of the Hindu Marriage Act to prevent it from being a tyranny.

• Section 9 is only a codification of pre-existing law. Rule 32 of Order 21 of the Code of Civil Procedure deals with decree for specific performance for restitution of conjugal rights or for an injunction.

• Section 9 of the Act is not violative of Article 14 or Article 21 of the Constitution if the purpose of the decree for restitution of conjugal rights in the said Act is understood in its proper perspective and if the method of execution in cases of disobedience is kept in view.

• It is significant that unlike a decree of specific performance of contract; a decree for restitution of conjugal rights, where the disobedience to such a decree is wilful i.e. is deliberate, might be enforced by attachment of property. Where the disobedience follows as a result of a wilful conduct i.e. where conditions are there for a wife or a husband to obey the decree for restitution of conjugal rights but disobeys the same in spite of such conditions, then only the properties have to be attached, is provided for. This is so to enable the Court in appropriate cases when the Court has decreed restitution for conjugal rights to offer inducement for the husband or wife to live together and to settle up the matter amicably. It serves a social purpose, as an aid to the prevention of break-up of marriage.