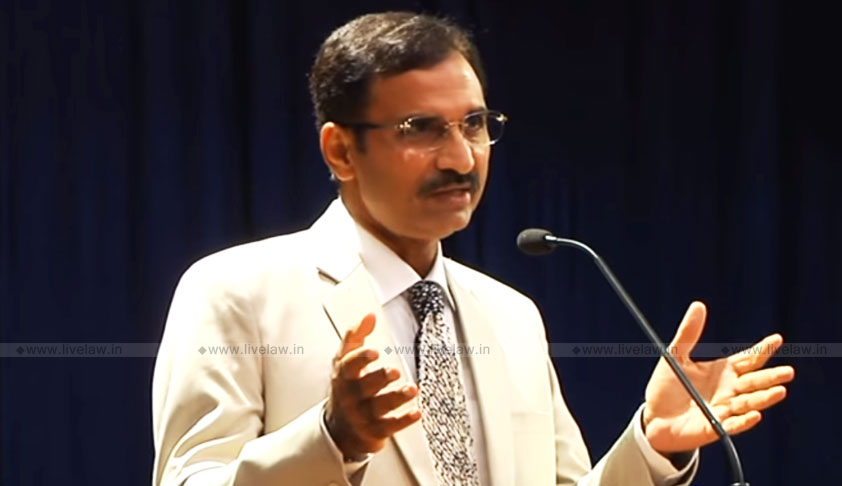 On the 76th Independence Day of India, Retired Supreme Court Justice Nageswara Rao opined that he would have probably taken a different view in the judgment upholding the provisions of the Prevention of Money Laundering Act (PMLA).

When asked on the correctness and impact of the Supreme Court's recent decision upholding the validity of the Prevention of Money Laundering Act, 2002 , this is what the Judge had to say:

"At the outset, I must tell you that I am not going to be critical of judges or the philosophy behind the judgements. Left to me, I should be very frank, I might have a taken a different view. I've read the judgement and the criticism to it by various legal scholars and retired judges."

The judge threw light on the fact that there was an earlier judgement of the court in the case of Nikesh Shah, in which the Court had declared Section 45 of the PMLA Act as arbitrary and violative of Articles 14 and 21.

On the Court's finding of Enforcement Case Information Report not being equivalent to the FIR in the PMLA judgement, the Judge said that when persons are called to question by the Enforcement Directorate, they don't know whether they are accused or witnesses or what is required of them.

"The fundamental criminal jurisprudence is to the effect that a person who is charged of a criminal offence, has to be told about the charge, he should be informed. If the ECIR need not be given, it becomes difficult for a person to defend when she files an application for bail….. There is a finding where ED officers are not police officers also. So, there is a general feeling that there is a setback to personal liberty because of what has been stated in the judgement….."

Justice Rao said that sometimes the government selectively prosecutes dissenters in a bid to muzzle or discredit critical voices.

He opined that the investigative agencies' habit of acting first has resulted in numerous First Information Reports.

"The State's proclivity to act first and make out a case subsequently has increasingly resulted in filing of FIRs and initiation of criminal process, without investigating agencies applying their minds, at times, to even assess whether the alleged act meets the minimum ingredients of an offence under the IPC or other substantive penal acts. Another prominent strategy employed is to selectively prosecute opponents and dissenters, in a bid to muzzle or discredit critical or contrary voices."

Further, the retired judge also relied on a database, launched by Article14, a research and reportage initiative, which pointed out that there were about 13,000 cases of sedition between 2010-2021 and indicated that out of 126 people for whom trials had been concluded in this period, 13 were convicted of charges of sedition, which accounts for 0.1% of those who faced such charges.

Justice Rao was speaking at an event a webinar organised by the The Leaflet titled "Life and Liberty: India at 75 years of Independence".

During his address, Justice Rao touched upon various topics including how bail is the rule and jail is the exception, his stand on the Supreme Court upholding the Prevention of Money Laundering Act, 2002 and his faith in the judiciary.

While reiterating that bail is the rule and jail is the exception, Justice Rao observed that it is an undeniable reality that jails in India are overflowing with undertrial prisoners.

Pointing to Satender Kumar Antil v. CBI, Justice Rao said that the Supreme Court had issued directions to investigating agencies as well as courts for non-compliance with Sections 41 and 41A of the Code of Criminal Procedure. Further, in that case, the Court had noted that majority of the undertrials are not even required to be arrested despite registration of a cognisable offence, being punishable for seven years or less. In this regard, he said,

"Bail is the rule, jail is an exception." Despite this phrase having been repeated by courts ad nauseum, it is an undeniable reality that jails in India are overflowing with undertrial prisoners. In a recent judgment of the Supreme Court in Satender Kumar Antil v. CBI, issuing directions to investigating agencies as well as courts for non-compliance with Sections 41 and 41A of the CrPC and directions given in earlier judgments, the Court notes that majority of the undertrials are not even required to be arrested despite registration of a cognisable offence, being punishable for seven years or less – which unfortunately puts on "exhibit the mindset of investigating agencies, a vestige of colonial India, notwithstanding the fact that arrest is a draconian measure resulting in curtailment of liberty and is thus to be used sparingly".

The retired judge further highlighted that a trigger-happy approach towards initiating criminal prosecution can amount to the criminal process itself constituting punishment or retribution, a tactic to threaten or censor those who the State might perceive as presenting a challenge to its authority or legitimacy.

I have Faith In The Judiciary

Though the Supreme Court suffered quite the "blow" with regard to its legitimacy when it failed to prevent arbitrary arrests and detentions during the Emergency of the mid-1970s in the ADM Jabalpur case, it always came back, more conscious and with a renewed affirmation to its constitutional duty, Justice Rao stated.

He specifically highlighted the Court granting bail to two journalists, Arnab Goswami and Mohammed Zubair in the recent past and upholding their personal liberties.

"In the recent judgment of the Supreme Court granting interim bail to the journalist Mohammed Zubair in FIRs registered for a series of tweets made by him on the social media platform, having found that the Petitioner had been subjected to a sustained investigation by the Delhi police, the Court saw no reason or justification for the deprivation of the liberty of the petitioner to persist any further. The Court sought to paint a very significant demarcation of the existence of the power of arrest from the exercise of the power. Recognising that the petitioner was trapped in a vicious cycle of the criminal process where the process itself had become punishment, the Court reiterated the guidelines laid down in Arnesh Kumar v. State of Bihar with respect to power of the police to arrest individuals, emphasising that such power was not unbridled."

So, when asked to comment on the Senior Advocate KapilSibal's comments of him losing faith in the Supreme Court , Justice Rao said that he did not agree with the former.

"Sibal has his own views on the Supreme Court and his losing hopes, with which I don't agree. Judiciary is an institution on which the members of the public have some hopes... Judiciary is very important to check the arbitrary actions of the executive. If the public loses hope, there will be absolutely no checks in the excesses committed by the executive."

Therefore, merely because of a few judgments are not to the liking of certain persons where they think this might be not in consonance with Article 21, they shouldn't lose hope in an institution which has been there for the past 75 years, protecting the rights of individuals, he averred.

"Just expanding Article 21, so many innumerable rights read into Article 21, the SC has been taking up the cause of the underprivileged and those under sections of the society was only because of the interference of the court.... ...right to food, shelter, education and their sufferings have been taken note by the court."

As a word of advise, the judge also said that there's no point in losing hope in the Court. "We just have to put behind any judgement or any feeling of disappointment and then hope that the Supreme Court continues to do the good work that it has been doing for the past 75 years", the judge remarked.