Right To Be Represented By Counsel Or Agent Of Choice In Disciplinary Proceedings Is Not Absolute: Supreme Court 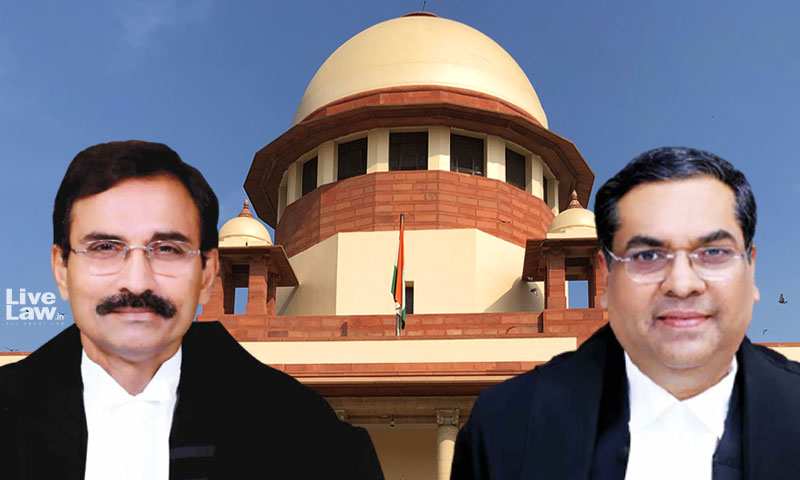 The right to be represented by a counsel or agent of one's choice in a disciplinary proceedings is not an absolute right, the Supreme Court observed.

The court said that such right to be legally represented depends on how the rules govern such representation.However, if the charge is of severe and complex nature, then the request to be represented through a counsel or agent should be considered, the bench comprising observed(Case :The Chairman, State Bank of India and another versus MJ James).

In this case, the disciplinary proceedings was initiated against a bank manager of the Quilon branch of the Bank of Cochin, on the charges that he had committed grave misconduct by sanctioning advances in violation of the Head Office instructions causing financial loss to the bank. His request seeking permission to engage services of one Mr. F.B. Chrysostom (Syndicate Bank, Mattancherry, Cochin), the Organising Secretary of the All-India Confederation of Bank Officers Organisation, Kerala State Unit, to defend him was denied. It was held that, in terms of the Service Code, a charge-sheeted officer cannot be defended by an office-bearer of any association or a union except an office-bearer of an association or a union of the employees of the bank, that is, the Bank of Cochin Ltd. The Disciplinary proceedings continued against him and it found that all charges against him was proved. By an order dated 18.04.1985, the Chairman of the Bank of Cochin dismissed him from service. By the order dated 23.01.1999, the appeal was rejected by the Chief General Manager.

Later, the High Court allowed his writ petition challenging these proceedings primarily on the ground that the inquiry officer had wrongly rejected his request to be defended/represented by the organizing secretary of the All-India Confederation of Bank Organizations, Kerala Unit. This amounted to a denial of reasonable opportunity, notwithstanding the respondent's participation in the inquiry, it was held.

Relevant Service Code provisions permitted the delinquent 'to be defended by a representative of a registered Union/Association of bank employees or with the Bank's permission, by a lawyer.

Interpreting the clause, the Division Bench of the High court observed that the article "the" was missing before the bank employees in the said clause, which indicates that the union/association referred to therein was not only regarding employees of the bank itself, namely 'the Bank of Cochin', and would, therefore, include employees' union/association of other banks also.

In appeal, the Apex Court bench disagreed with this reasoning of the High Court.

The right to be represented by a third person in domestic inquiries/tribunals is based upon the precept that it is not desirable to restrict right of representation by a counsel or agent of one's choice. The ratio does not tantamount to acceptance of the proposition that such a right is an element of principles of natural justice, and its denial would immediately invalidate the inquiry. Representations are often restricted by a law, such as under Section 36 of the Industrial Disputes Act, 1947, as also by certified Standing Orders. The aforementioned two decisions ascribe to catena of decisions, including English case law on this subject, which accept that the right to be legally represented depends on how the rules govern such representation. Further, if the rules are silent, the party has no absolute right to be legally represented. However, the entitlement of a fair hearing is not to be dispensed with. What fairness requires would depend upon the nature of the investigation and the consequences it may have on the persons affected by it.

Thus, the right to be represented by a counsel or agent of one's choice is not an absolute right but one which can be controlled, restricted, or regulated by law, rules, or regulations. However, if the charge is of severe and complex nature, then the request to be represented through a counsel or agent should be considered. The above proposition flows from the entitlement of fair hearing, which is applicable in judicial as well as quasi-judicial decisions.

The Supreme Court allowed the appeal and set aside the High Court judgment.  "We uphold the order of dismissal and consequently the writ petition filed by the respondent would be treated as dismissed", the Court said in conclusion.

Case Title : The Chairman, State Bank of India and another versus MJ James