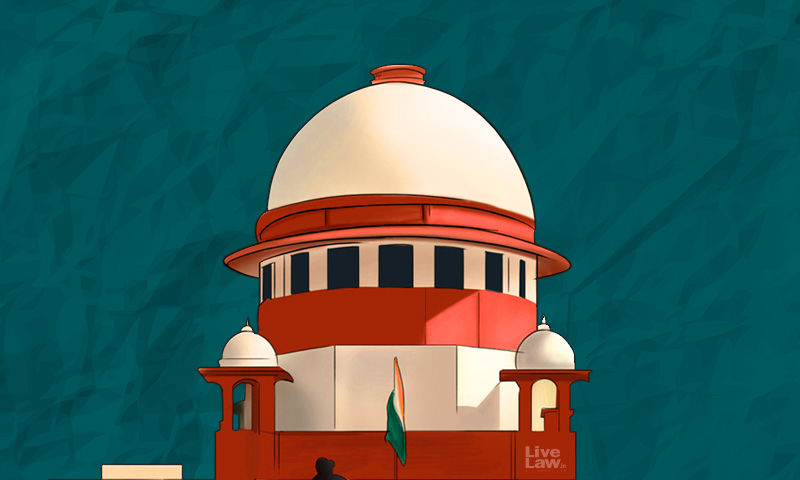 The Solicitor General on Thursday told the Supreme Court that no coercive action will be taken for now against the beneficiaries under the 'Roshni Act', which has been declared as unconstitutional by the Jammu and Kashmir High Court in October.The submission was made before a bench headed by Justice N V Ramana during the hearing of petitions filed against the High Court verdict by persons...

The Solicitor General on Thursday told the Supreme Court that no coercive action will be taken for now against the beneficiaries under the 'Roshni Act', which has been declared as unconstitutional by the Jammu and Kashmir High Court in October.

The submission was made before a bench headed by Justice N V Ramana during the hearing of petitions filed against the High Court verdict by persons who claimed to be a lawful leaseholders.

The bench, also comprising Justices Surya Kant and Aniruddha Bose, adjourned the hearing of the petitions to the last week of January. Meanwhile, the top court urged the High Court to consider the review petitions against the October 9 judgment on December 21. The SC observed that the pendency of the instant SLPs will not come in the way of any petitioners approaching High Court in review.

'Roshni Act' is the popular name for the 'Jammu and Kashmir State Land (Vesting of Ownership to the Occupants) Act, 2001', which regularized the encroachments and unauthorized occupations on public land till 1990 on the occupants paying the market rates prevailing as on that year. The High Court declared the Act void abinitio and directed CBI inquiry against the land allotments.

On Thursday, Solicitor General Tushar Mehta told Court that the State government could not come in the way of common people or those who are lawful occupants, "There is no question of that. But land grabbers cannot be spared," he said.

Justice NV Ramana then asked whether an order directing no coercive action be taken during pendency of the proceedings can be recorded. Solicitor General assured Court at this juncture that no such order was necessary.

Senior Advocate Mukul Rohatgi appearing for in one of the petitions then told court that the Solicitor General's submission was good enough.

"The SG says that no coercive action be taken," Justice Ramana
"That's good enough for us" Rohatgi

Petitioners represented by Rohatgi submitted that the High Court struck down the Act in a PIL without hearing the actual land allottees.

"We are long term lessee's and have a hotel on site, we have no grabbed anyones land, have been in place since 1970.. Can a CBI Inquiry be directed against us?" he added.

"We are a set of lease holders going back to 1953. State's review is filed not on constitutionality," said Senior Advocate NK Kaul.

Senior Advocate Arvind Datar submitted, "Unfortunately the main PIL is only against land grabbers and encroachers. No sentence in the judgment about authorized occupants. Court passed order against everybody. When we pointed it out, we were told its meaningless".

Senior Advocate Kailash Vasdev put to the court that the review is confined to a certain group of people and the petitioner(s) were not parties there. He added that they been lessee's since 1966. "Question here is that the judgment is an omnibus judgment dealing with all categories of people. This matter be kept in abeyance," he added.

On 11th Oct, the J&K High Court had held that the Roshni Act was unconstitutional, and this included all acts done under it.

The bench comprising Chief Justice Gita Mittal and Justice Rajesh Bindal directed CBI Investigation into allegations against Ministers, legislators, bureaucrats, high ranking Government and police officials for having encroached upon public lands and having caused orders passed under the Roshni Act in their favour.

Following this, the administration of the J&K Union Territory sought a review of the judgment which is still pending before the High Court.

The High Court observed that it has not come across any such legislation which was legalizing a criminal act.

"Thus by a legislative act, valuable state land held in public trust by the State could be vested in persons who have trespassed thereon. Is this at all legally permissible? Does the Constitution of India enable such a legislative exercise? So far as State land is concerned, the mandate of the law laid down by the Supreme Court is absolutely clear and the answer to the question is in the negative.

The Roshni Act and the Rules prescribe a mode of dispossession of valuable public property in a most arbitrary manner not known by law. The Act and the Rules are in the teeth of binding law laid down by the Supreme Court. They have been worked most arbitrarily and unfairly is in complete violation of the mandate of Article 14 of the Constitution of India. The vesting of several lakhs of kanals of public land to private ownership has resulted in such land not being available for public projects and infrastructure including hospitals, schools, parks etc. As a result, the rights to health, education, a good environment of the residents of Jammu & Kashmir, all of which are essential concomitants of their right to life guaranteed under Article 21 of the Constitution of India of the residents are violated."

"We have not come across any such legislative State action legitimizing criminal activity at the cost of national and public interest with incalculable loss and damage to the public exchequer and the environment, without any financial (or other) impact assessment.", said the bench while holding the legislation adversely impacted rights guaranteed to the people under Article 14 & 21 of the Constitution of India, was void ab initio from its very inception.