Fee For RTI Application Shall Be Sought As Per RTI Rules Only: SC [Read Order] 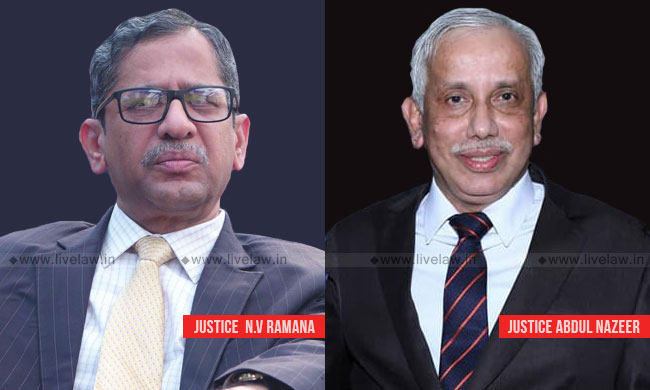 "If a candidate seeks information under the provisions of the Right to Information, then payment has to be sought under the Rules therein."

The bench comprising Justice NV Ramana and Justice S. Abdul Nazeer was considering an appeal by Institute Of Companies Secretaries Of India against Delhi High Court judgment which had quashed the Guideline framed by it prescribing fee of Rs.500 per answer sheet payable for supply of certified copy(ies) of answer book(s) and Rs.450 per answer book.

The High Court had made this order in a petition filed by a candidate (Final CS Exam) (Paras Jain), who had made an application under the Right to Information Act for inspection of his answer sheets and had also sought certified copies of the same from the ICSI. He was asked to pay the fee as per the guidelines.

The bench noted that the guidelines, framed by its statutory council, are to govern the modalities of its day-to-day concerns and to effectuate smooth functioning of its responsibilities under the Company Secretaries Act, 1980. It said:

"Be that as it may, Guideline no.3 of the appellant does not take away from Rule 4, The Right to Information (Regulation of Fees and Cost) Rules, 2005 which also entitles the candidates to seek inspection and certified copies of their answer scripts. In our opinion, the existence of these two avenues is not mutually exclusive and it is up to the candidate to choose either of the routes. Thus, if a candidate seeks information under the provisions of the Right to Information, then payment has to be sought under the Rules therein, however, if the information is sought under the Guidelines of the appellant, then the appellant is at liberty to charge the candidates as per its guidelines."

The bench, however, set aside the order quashing the Guideline framed by the ICSI. It also gave liberty to the Institute to make a representation to the Government for enhancing the fee prescribed under the Right to Information Act.