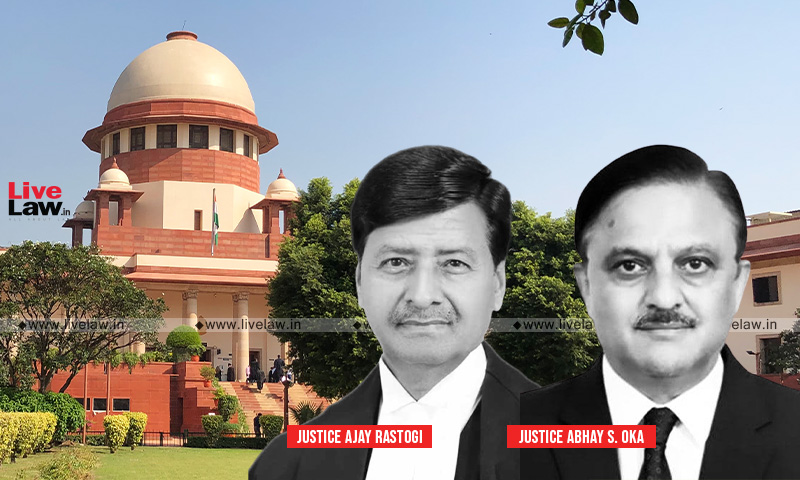 The Supreme Court has held that an amendment that has retrospective applicability and takes away the benefit which was already available to an employee under the existing set of rules would divest the employee of his vested/accrued rights and thus, will violate the rights guaranteed under A.14 and A.21 of the Constitution."...if the employee who had already been promoted or fixed in a...

The Supreme Court has held that an amendment that has retrospective applicability and takes away the benefit which was already available to an employee under the existing set of rules would divest the employee of his vested/accrued rights and thus, will violate the rights guaranteed under A.14 and A.21 of the Constitution.

"...if the employee who had already been promoted or fixed in a particular pay scale, if that is being taken away by the impugned scheme of rules retrospectively, that certainly will take away the vested/accrued right of the incumbent which may not be permissible and may be violative of Article 14 and 16 of the Constitution", the Court observed.

In a case pertaining to a Bank pension scheme, which was first introduced and later rolled back by the Bank, citing shortage of funds for the same, a bench of Justice Ajay Rastogi and Justice Abhay S. Oka held that, "Non-availability of financial resources would not be a defence available to the appellant Bank in taking away the vested rights accrued to the employees and that too when it is for their socio-economic security. It is an assurance that in their old age, their periodical payment towards pension shall remain assured. The pension paid to them is not a bounty and it is for the appellant to divert the resources from where the funds can be made available to fulfil the rights of the employees in protecting the vested rights accrued in their favour."

The facts of the case are as follows: The employees of Punjab State Cooperative Agricultural Development Bank Limited, Chandigarh were members of the Employees Provident Fund Scheme under the Employees Provident Fund and Miscellaneous Provisions Act, 1952 which was being duly complied with both by the employer and the employees. The appellant bank, on the recommendation of the Punjab pay commission, introduced a pension scheme for employees and officers in 1989 through the Punjab State Cooperative Agricultural Land Mortgage Bank Service (Common Cadre) Rules 1978 and in pursuance of that, the rules 1978 were amended to introduce Rule 15(ii) which authorized the Board of Directors of the appellant bank to formulate the intended pension scheme with prior approval from Registrar of Cooperative Societies, Punjab. All employees were given an option to be covered under this pension scheme or by the Act, 1952. All respondent employees had chosen the pension scheme and had derived benefit under it continuously until 2010. In May 2010, the appellant bank found this scheme unviable on account of a shortage of funds and sought to reconsider this pension scheme. In furtherance of this, the appellant bank then sent a proposal to the Registrar of cooperative societies stating that the pension scheme would not apply to employees employed after 1st January 2004 and that pensioners would not be given the benefit of commutation of pension, medical reimbursement and LTC, among several other deductions. Although this proposal was turned down by the Registrar of Cooperative Societies, still the Board of Directors of the appellant Bank passed a resolution to discontinue the pension scheme and revert to the scheme of Contributory Provident Fund with a proposal of One-time settlement. And in furtherance of this, the Board of directors of the appellant bank made an amendment using powers vested in it under S.84A(2) of the Punjab Cooperative Societies Act, 1961, which deleted Rule 15(ii). Because the appellant Bank had ceased pension payment much before deleting Rule 15(ii) of Rules 1978, the respondent (employees) approached Punjab and Haryana High Court by filing a writ petition under A.226 of the Constitution and several interim orders were passed thenceforth. A one-time settlement was also proposed meanwhile but it was made clear that the implementation of one-time settlement shall be without prejudice to the legal rights of the applicants (respondent employees).

The major question for consideration in this case before the apex court was regarding the concept of vested rights of an employee and whether at any time, such vested rights could be divested with retrospective effect by a rulemaking authority. To decide the matter, the apex court referred to its judgment Chairman, Railway Board and Ors. where it had held that, "A rule which seeks to reverse from an anterior date a benefit which has been granted or availed of, e.g., promotion or payscale, can be assailed as being violative of Articles 14 and 16 of the Constitution. Any amendment having retrospective operative having the effect of taking away a benefit already available to the employee under the existing rule is arbitrary, discriminatory and violative of the rights guaranteed under A.14 and A.16 of the Constitution."

The bench thus observed that, when the appellant bank withdrew the pension scheme by deleting clause 15(ii) through a retrospective amendment, the employees who had availed the benefit under the aforementioned pension scheme, their rights stood vested and any amendment taking away those rights under the existing rule is not only violative of article 14 but also of Article 21 of the Constitution. The court further stated that "there is a distinction between the legitimate expectation and a vested/accrued right in favour of the employees. The rule which classifies such employees for promotional, seniority, age of retirement purposes undoubtedly operates on those who entered service before framing of the rules but it operates in future. In a sense, it governs the future right of seniority, promotion or age of retirement of those who are already in service."

It was further noted by the bench that, "employer/employees contribution provided under the employees' pension scheme(EPS) of the Act 1952, applicable to the serving employees makes them entitled to get a pension in terms of the provisions of the Act 1952. So far as their complaint regarding payment of contribution is concerned, it is in no manner going to be adjusted for payment of pension to retirees/respondents, who are entitled to get their pension in terms of the pension scheme of which they are members and it is for the appellant Bank to reserve the resources and make payment to the retired employees seeking pension to the scheme in vogue when they became members and took benefits pursuant thereto"

The bench thus ordered arrears to be paid towards the pension of retired employees up to 31st December 2021 in 12 monthly instalments, by the end of December 2022 and what was paid to those employees who had accepted payment under the one-time settlement, was also open for adjustment against arrears of their due pension. The court also directed that each employee of the appellant Bank who is a member of Bank Pension scheme must get the pension which they are entitled to from January 2022. The appeal stood failed and pending applications were disposed of.