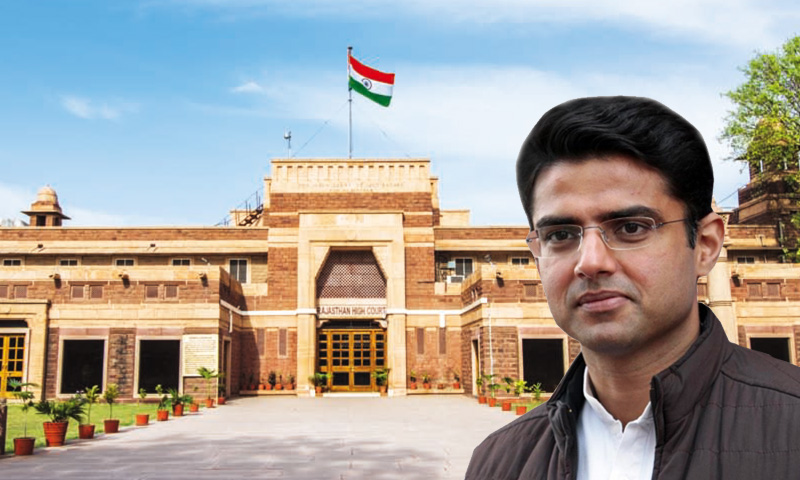 Rebel Congress leader Sachin Pilot, along with 18 other MLAs, have moved the Rajasthan High Court challenging the disqualification notices issued by the Speaker of Rajashan Assembly.The petition, which was listed before a bench comprising Justice Satish Kumar Sharma today at 3 PM, was adjourned after Senior Advocate Harish Salve, appearing for the petitioners, sought adjournment to...

Rebel Congress leader Sachin Pilot, along with 18 other MLAs, have moved the Rajasthan High Court challenging the disqualification notices issued by the Speaker of Rajashan Assembly.

The petition, which was listed before a bench comprising Justice Satish Kumar Sharma  today at 3 PM, was adjourned after Senior Advocate Harish Salve, appearing for the petitioners, sought adjournment to amend the petition to incorporate challenge against some provisions of the Representation of Peoples Act.

The petition will be listed before a division bench, in view of the constitutional issues involved, after the filing of the amendment application.

The Speaker issued the disqualification notices to the rebel MLAs on Tuesday stating that they violated the direction issued by Dr. Mahesh Jpshi, the party chief whip, to attend the legislative party meeting on Monday and Tuesday. Stating that their activities were blatantly prejudicial to the continuation of the government, the Speaker gave them time till Friday to show cause for not disqualifying them on the grounds of defection under Tenth Schedule of the Constitution.

"Petitioners continue to express their allegiance to the party and are in manner seeking to defect any other party, much less bring down the government of which they have been part of," the plea stated.

"By no stretch of imagination, can a health discourse of the pros and cons of the policies sought to be adopted by the political party, albeit his own political party, be said to lead to an inference of the member "voluntarily giving up his membership" as contemplated under Para 2(a) of the Tenth Schedule of the Constitution".