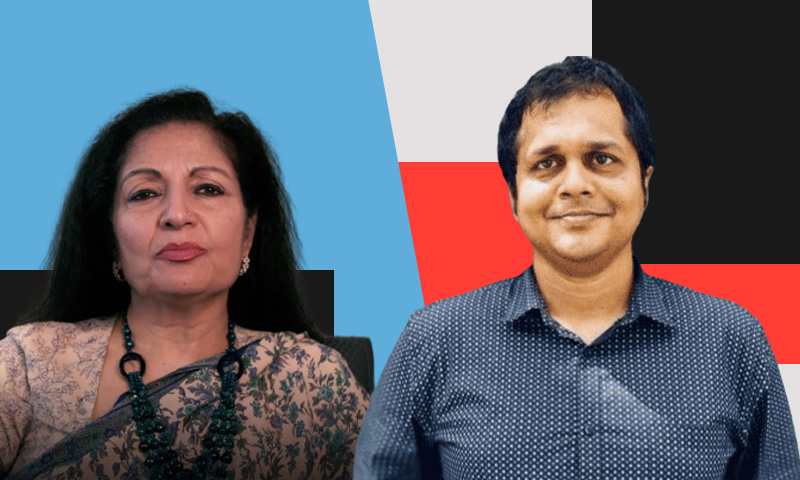 The single judge bench of Justice C Hari Shankar today ordered Gokhale to take down the tweets within 24 hours, failing which Twitter Inc has been directed to take down the tweets on the given URLs. Issuing summons in the main suit, the court has also restrained Gokhale from posting any further defamatory material against Puri and directed him to file his written submissions and denial affidavit, if any.

The bench said Gokhale's right to seek modification etc of the order will be preserved.

High Court has issued notice to Gokhale in the main suit.

The Delhi High Court had questioned Gokhale for his allegedly defamatory tweets against the former Indian Assistant Secretary General at the UN, Lakshmi Puri, noting that Gokhale of his own admission had not approached any authorities before putting out the tweets.

"With Social Media, Desecration Of Reputation Of Public Figure Is Child's Play Now"

"Reputations, nourished and nurtured over years of selfless service and toil, may crumble in an instant; one thoughtless barb is sufficient", the Court observed in the interim order.

While deciding on the plea, the court took highlighted that public figures stand to suffer more in terms of loss of reputation than one who is away from public gaze, while noting that Puri is a former diplomat and her husband is a serving Union Minister.

The court said that it is pertinent that atleast a "preliminary enquiry" of facts must be conducted before posting material against a person on social media. Rejecting Gokhale's submission that no such due diligence is necessary, the court said, "Such a submission, if accepted, would place the reputation of every citizen in the country in serious jeopardy, and open to ransom at the hands of every social media vigilante, some of whose intentions may be less than honorable."

While holding thus, the court further observed, "This is all the more so in the case of public figures, whose actions are, as a matter of course, subjected to intensive and invasive dissection by all members of the public."

The court was ruling on a civil suit filed by the former diplomat seeking interim remedies against Gokhale. The suit argued that Gokhale's tweets alleging disproportionate assets with respect to the purchase of a Swiss property, and the non-disclosure of income, were false and defamatory. The allegations were posted by Gokhale on the social media platform Twitter over a period of time - while some of the tweets referred to Lakshmi Puri by name, some of them didn't. However, the court after examining the facts and circumstances came to the conclusion that there was "no dispute on this score."

The court noted that in the said tweets, Gokhale had not only made some allegations but also stated that, "he was in possession of 'all papers/documents' relating to the transaction", thereby conveying the "prima facie impression that the misstatement was deliberate."

Thereafter, referring to the widespread use of social media in present days to fling criticism, founded or unfounded, on parties, the court said, "In the age of social media, desecration of the reputation of a public figure has become child's play. All that is needed is the opening of a social media account and, thereafter, the posting of messages on the account. Thousands of responses are received and, in the process, the reputation of the man, who is targeted, becomes mud."

The court took note that in the present case too, till the date of filing of the suit, the tweets posted by the defendant had been "liked" by more than 26,270 users and "re-tweeted" by more than 8,280 users.

The court referred to 40 pages of responding tweets, by members Gokhale's target audience, which were also been placed on record and said that "several of the tweets (were)... to say the least, in very poor taste, containing abuses, allegations and opprobrious epithets against Puri and her husband."

With respect to the alleged non-disclosure of assets and income behind the purchase of the Swiss property, on which Gokhale's tweets were based, the court relied on two affidavits placed on record with respect to full disclosure by Puri and her husband.

During her tenure with the UNCTAD in Geneva, Puri had decided to purchase Apartment No. 4A, Residence Prevert, Chemin des Couleuvres, 1295, Tannay, Switzerland priced at Swiss Francs (CHF) 1.6 million.

The court after going through the disclosure documents, said, Puri had borrowed CHF 1 million from the UBS Bank, Geneva against mortgage of the property, which was still being serviced.

Documents, evidencing financing, by the UBS Bank, of CHF 1 million, in two tranches of CHF 500,000 each, had been placed on record, in this regard.

The remaining consideration, for purchase of the Apartment, of CHF
600,000 was lent, to Puri, by her daughter (a Senior Executive in a Bank in New York) in two tranches.

Hardeep S Puri, her husband, was, at the time, posted at Geneva (since 2002) as the Ambassador, Permanent Mission of India and, between them, the Puris were earning approximately US $290,000 per annum.

After going through the records, the court was satisfied and said that prima facie, "the transactions appear to be perfectly legitimate."

According to the petitioner, the tweets in question allegedly not only raised queries about Puri and her husband's sources of income, they also referred to her as a "thief" and a "black money hoarder".

Remarking that the right to reputation is a protected fundamental right under Article 21 of the Constitution of India, the court had said that while it was not in the least questioning Gokhale or any citizen's right to public comment on a public servant or retired public servant's sources of income, the law did not permit any person aggrieved by a retired public servant's or officer's declaration of assets to publish allegations without seeking any clarification from the person or approaching the authorities.

Adv. Naved appearing for Gokhale, on being questioned about the same, stated to the Court, "Unfortunately, that is the law."

However, the court stated in its order that on being asked, Gokhale's counsel had failed to produce any judgments to that effect, and merely said that "that is his understanding of the law."

Proceeding to ask Adv. Naved if his client was ready to remove the alleged defamatory tweets, the court recorded in its order that that his instructions were in the negative.

Noting thus, the court had reserved orders for Monday.

He was briefed by a team from Karanjawala & Company comprising of Ms. Meghna Mishra- Partner along with Mr. Dheeraj P. Deo and Mr. Tarun Sharma advocates.