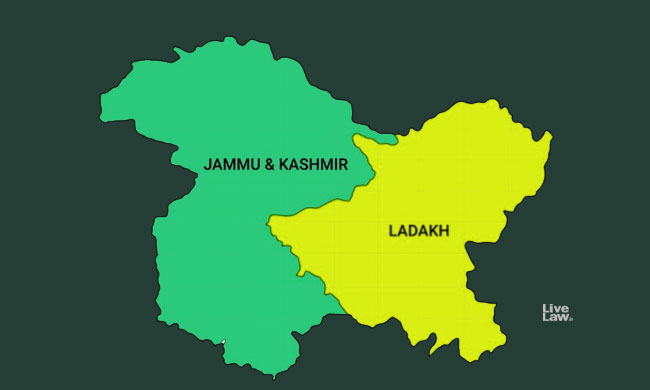 Consequent to the promulgation of the Constitution (Application to Jammu & Kashmir)Order, 2019, and with a view to change the geographical and political status of the present State of Jammu and Kashmir, the Parliament passed the Jammu andKashmir (Reorganisation) Bill, 2019. Once the Bill gets the assent of the President, it will result in the formal bifurcation of the present...

The Government has given two reasons for the bifurcation of the existing State of J&K into two Union Territories:

Consequent to the President's assent, when the Bill becomes an Act, it will bring a number of changes to the present status and system of governance in the newly created Union Territories, and the provisions of the Act shall have overriding effect over any other law.

Administration of the new Union Territories:

Both the Union Territories shall be administered by the President acting through the Lieutenant Governor, to be appointed by him under Article 239 of the Constitution.

Furthermore, the members of Indian Administrative Service, Indian Police Service, and the Indian Forest Service shall continue to function on the existing cadres until the Central Government specifies their allocation between the successor Union Territories on the recommendation of the Lt. Governor. However, in future, the officers of these 3 Services shall be borne on the AGMUT Cadre, which means that they are liable to be posted in the states of Arunachal Pradesh, Goa Mizoram, and any of the 9 UTs.

The Lt. Governor has the discretion in all matters related to the All India Services and the Anti Corruption Bureau, and he is not bound by the advice of the Council of Ministers.

The Election Commission has been empowered to increase the number of seats in the Legislative Assembly from 107 to 114 and carry out delimitation of the constituencies in accordance with the Delimitation Act, 2002, based on census held in the year 2011.

The qualifications of a person to become a member of the Legislative Assembly have also changed and the requirement of such person to be a permanent resident of the State of Jammu and Kashmir has been done away with.

The Bill provides for a Council of Ministers consisting of not more than 10% of the total number of members in the Assembly, with the Chief Minister as the Head to aid and advice the Lt. Governor.

The Bill provides that there shall be an Advocate General for the UT of Jammu and Kashmir, to be appointed by the Lieutenant Governor. However, no such provision has been provided for the UT of Ladakh.

One of the most significant changes that the Bill brings is that it repeals 164 State Laws and makes 108 Central Laws applicable to both the Union Territories by omitting the words "except the State of Jammu and Kashmir" from the provisions of those Acts.

Consequently, statutes such as the Ranbir Penal Code, the J&K Evidence Act, the Civil Procedure Code and Criminal Procedure Code of the State of Jammu and Kashmir have been repealed.

Allocation of seats in the Parliament:

The UT of Ladakh, like the other Union Territories besides Delhi and Puducherry, will not have any seats in the Rajya Sabha as it does not have a Legislative Assembly of its own.

This means that fresh elections will not be required to fill the seats allotted to the respective Union Territories in either House of the Parliament. However, the election Commission has been empowered to conduct the elections to the Lok Sabha, if it is so required.

Official Language of the UT of Jammu and Kashmir:

The Legislative Assembly has been given the power to adopt Hindi or any one or more of the languages in use in the UT of Jammu and Kashmir as the official language. However, all authoritative texts of all laws shall be in English.

The Bill also provides for establishment of the Consolidated Fund, Contingency Fund and the Public Account of the UT of Jammu and Kashmir.