[Breaking] Sameer Wankhede Vs Maharashtra Govt.- Mumbai Police Assures Bombay High Court That 3 Days Notice Will Be Given Before Arresting Him 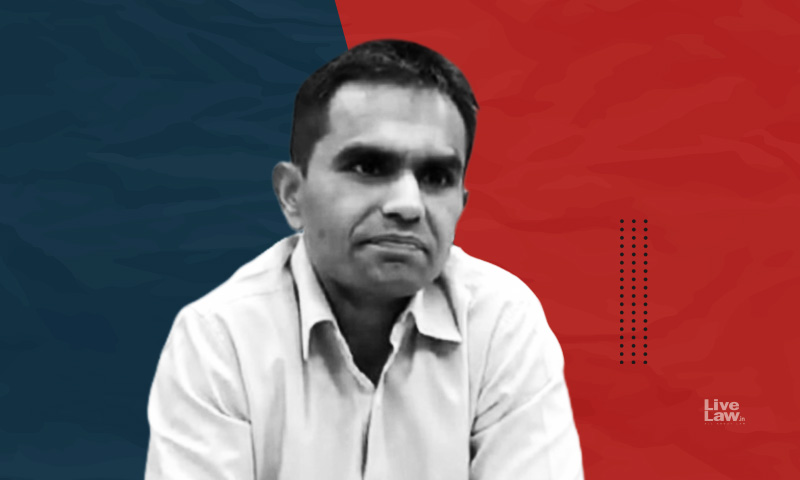 NCB Zonal Director Sameer Wankhede has moved the Bombay High Court on Thursday requesting a Central Bureau of Investigation (CBI) probe into allegations of corruption levelled against him. In the plea filed, Wankhede has sought relief from the Court stating that in case any probe into extortion allegations need to be carried out, it must be done by either the CBI or the...

NCB Zonal Director Sameer Wankhede has moved the Bombay High Court on Thursday requesting a Central Bureau of Investigation (CBI) probe into allegations of corruption levelled against him. In the plea filed, Wankhede has sought relief from the Court stating that in case any probe into extortion allegations need to be carried out, it must be done by either the CBI or the National Investigating Agency (NIA).

Hearing the petition on Thursday, a Bench comprising Justices Nitin Jamdar and SV Kotwal recorded the assurance given by the Mumbai Police that 3 days notice period would be given to Wankhede before arresting him in the extortion case initiated by the State police against him.

Appearing for Sameer Wankhede counsel Atul Nanda and Rameeza Hakeem submitted that ever since he had booked the drug case, certain highly placed political persons in the present Government had started a personal vilification campaign against him and which was now being institutionalised through the State Machinery by setting up of SIT by the government.

It was expressed that coercive steps such as immediate arrest was anticipated. Wankhade was willing to face any independent probe by any Central agency but not the mala fide SIT being set up by the State.

It was also pointed out that being a Central Government employee there was a complete legal bar under Section 17A which prohibited any inquiry or investigation against Wankhade unless the State had taken prior approval of the Centre.

"That this Hon'ble Court may be pleased to invoke its extraordinary writ jurisdiction under Article 226 of the Constitution of India thereby direct that all/any FIR(s) filed or proposed to be filed by the Respondent- State of Maharashtra against the Petitioner in relation to allegations of corruption be investigated by the Central Bureau of Investigation or the National Investigating Agency given the malice, mala fides and ulterior motives of the political party in power in the State of Maharashtra"

Wankhede has further requested the Court's leave to ensure that no coercive action is taken against him with regards to the cases of extortion and corruption levelled against him.

He has further averred that the ruling Maharashtra government has a 'specific grudge' against him which is now being channelized through the State machinery by filing numerous criminal cases against him.

"The material on record shows that members of the ruling regime/Government in the State of Maharashtra, including but not limited to a sitting Minister of the present State Government and members of the political party (which forms part of the State Government) have unleashed an open tirade against the Petitioner and has/have already "pronounced a decision" through television interviews, Twitter and other social media that the Petitioner is guilty of offenses of corruption and hence any "investigation" conducted by any State agency will be vitiated by mala fides, and would be a gross abuse of the principles of a free and fair investigation if not an institutionalized persecution by the State", the plea further elucidates.

Wankhede has further alleged that the State government's 'ulterior motive ' of framing him in false cases is further reflected through the statements made by ministers in the ruling Maharashtra government against his family members including his father and sister.

"The Petitioner apprehends that the actions of the Respondent State and its office bearers are nothing but a means to mount personal and political pressure on him, by false implication in criminal cases to render him incapable of proceeding with a free and fair investigation", it was further stated.

The petition also pointed out that pursuant to Section 17A of The Prevention of Corruption Act, the State is barred from initiating any inquiry or investigation against the actions of a public servant of the Central government without  prior approval from the Centre.