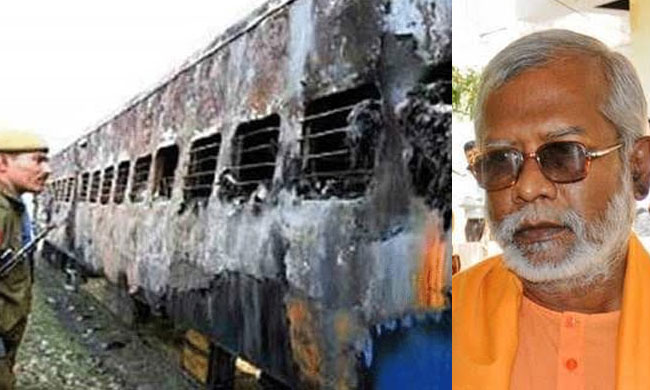 "There are gaping holes in the prosecution evidence and an act of terrorism has remained unsolved", lamented the Court.

"I have to conclude this judgment with deep pain and anguish as a dastardly act of violence remained unpunished for want of credible and admissible evidence", observed Jagdeep Singh, Special Judge of NIA Court Panchkula, while acquitting all accused in the case relating to bomb blasts in Samjauta Express in 2007 which led to the killing of 68 people.

Former Rashtriya Swayamsevak Sangh (RSS) member Naba Kumar Sarkar alias Aseemanand was a prime accused in the case along with other suspects — Lokesh Sharma, Kamal Chauhan and Rajender Chaudhary. All were acquitted in the verdict pronounced on March 20. The detailed 160 pages judgment was released two days back.

The blasts occurred on the intervening night of February 18/19, 2007, when Samjauta Express, which was bound to Lahore from Delhi, had passed a station near Panipat. As per the prosecution case, the blasts were a part of the concerted design of the accused, who had allegedly formed a hardline organization named 'Abhinav Bharat' to avenge jehadi terrorism. Swami Aseemanand was also alleged to be the mastermind of Mecca Masjid blasts and Ajmer dargah blasts, which occurred in 2007 few months after Samjauta blasts and was acquitted in both the cases by NIA Courts at Jaipur and Hyderabad in May 2017 and April 2018 respectively.

The case was mostly founded mostly upon the confessional statements of Swami Aseemanand. The NIA court found that the confessional statements, which were made before Judicial Magistrate under Section 164 CrPC, were later retracted by him. Since it is settled law that retracted confession cannot be used as a substantive piece of evidence, the Court had to search for corroborative evidence, which was not forthcoming.

Even otherwise, the court held that the so-called confession of Aseemanand did not contain anything incriminating, as its nutshell was that Sunil Joshi (one of the accused who died during investigation) had told him that Joshi's men had carried out the blasts.

The extra-judicial confessional statements made by Aseemanand - one to Ajay Chouhan & Shakti Singh in Haridwar while he was hiding from police under the name Swami Omkaranand and another to a prison mate- could not be proved as those witnesses turned hostile.

The NIA Court identified several lapses in the probe by National Investigation Agency(NIA), which prevented the coming of best evidence to the Court. At various places in the judgment, the Court used the expression "very strangely" to denote its surprise at the deficiency in investigation.

It noted that no attempt was made to produce CCTV footage in Court, which could have established the prosecution case that the accused had planted the bombs in the train while it was stationed at Old Delhi Railway Station. It said :

"...prosecution has failed to collect and bring on record any CCTV footage in order to lend credence to its story regarding involvement of present accused in the crime, especially when investigating office PW224 has admitted in his cross-examination that some CCTV cameras were installed at certain locations of old Delhi railway Station on 18.02.2007.

This much admission on the part of investigating officers further lays bare chinks in the prosecution version, because the best evidence in the shape of CCTV footages has been withheld by the prosecution/NIA. Had the CCTV footages of old Delhi Railway Station been collected by the investigating agency and put to rigorous examination, then some vital leads might have been obtained by it in order to bring the real culprits to justice, but no such evidence has been brought on record".

The entries in the dormitories of railway station, where the accused had allegedly stayed before planting the bombs, were the also not produced.

"…the record of dormitories, where the passengers made the entry in their own handwriting, were not disposed of and again this court has not got an opportunity to look into a vital piece of evidence because the entries in the handwriting of passengers might have been got compared with the handwritings/signatures of suspects, thereby further providing a vital clue about the involvement of real culprits.", the Court observed regarding this omission.

Also, the police had retrieved the bags in which bombs were planted and had traced that the bags were made in Indore. However, no Test Identification parade of the accused was carried out.

"However, investigating agency, very strangely, has not even bothered to get conducted Test Identification Parade (TIP) of suspects/accused so as to arrive at concrete finding that any of the accused persons facing trial had in fact got the suitcase covers stitched at the said shop and procured for using the same in the occurrence and thus  investigating agency has lost a very valuable piece of evidence by not conducting investigation properly in this regard.

Had the investigating agency got conducted TIP during the course of investigation, the same might have given some vital clue about real culprits involved in the present crime. However, the same has not been done for the reasons best known to the investigation agency".

The shoddiness of investigation is evident from the fact that it could not even prove the extra-judicial confession stated to have been made by Kamal Chauhan to media when he was produced before court for remand. Chauhan had allegedly planted the bombs in the train.

This evidence was treated so casually that one of the CDs copied from the video camera got corrupted, making it incapable of being played in court. The other CD was not accompanied with the mandatory certificate under Section 65B of the Indian Evidence Act, which is necessary for admissibility of electronic evidence. The camera persons did not support prosecution case and expressed ignorance of any confessional statement being made by Kamal Chauhan.

The Court also noted that one of the prosecution witnesses, Istkaar Ali, had deposed that 10 minutes after the train had set off from Delhi, it halted somewhere for sometime, and someone told him that some persons had gotten off from general coaches. This seemed to suggest that the suspects who had planted the bombs had gotten off from the train during its journey. However, this fact was not investigated, and prosecution put forth the version that accused had not travelled in the train, which was diametrically opposite to the statement of witness.

'Scientific evidence untapped' :Why finger prints of accused were not examined?

The NIA court could not mince words in expressing disappointment at the prosecution's failure to examine the fingerprints of the accused to match them against the finger prints in the plastic bottles used for blasts. It said :

"...very strangely, it is nowhere made out from evidence produced on record by the NIA that such report of Finger Print Expert was got matched/compared with the finger prints of the suspected persons or the accused so as to get vital clue about the use of plastic bottles in the explosions carried out in Samjhauta Express train blast and again vital piece of evidence in the shape of scientific evidence has remained untapped"

No evidence to prove motive

The Court also bemoaned the fact that there was no evidence to establish the alleged motive behind the crime.

The sole evidence in that regard was a statement by a witness that he had heard Aseemanand speak at Bhopal in April 2008 that Hindus should retaliate jehadi attacks.

It was found to be sorry attempt by the prosecution, as the said statement was made more than a year after the blasts, and did not reflect that the accused had any such intention prior to the crime.

The Court listed the chinks in prosecution case as follows :

The Court slammed the prosecution by noting that they relied on evidence in the form of inadmissible confession statements, and disclosure statements of accused which were not admissible as they had not led to discovery of any new fact as per Section 27 of the Indian Evidence Act.

"A few bits here and a few bits there on which prosecution relies cannot be held to be adequate or connecting the accused with the crime in question", it said.

It observed that the NIA "miserably failed" to prove charges against the accused.

"There are gaping holes in the prosecution evidence and an act of terrorism has remained unsolved", lamented the Court.