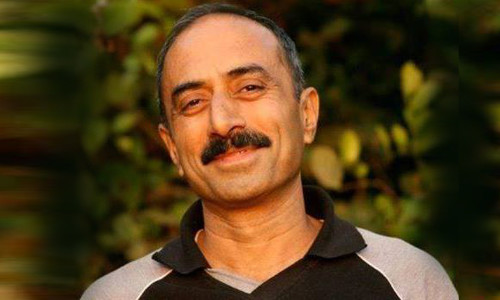 The lower court has been directed to complete the trial by June 20.

The Supreme Court today dismissed the plea by former IPS officer Sanjiv Bhatt to examine additional witnesses in a case where he is facing trial for alleged custodial torture which took place in 1990.

The officer who was sacked in 2015 approached the top court against the order of Gujarat High Court which did not fully allow his application under Section 311 of the Code of Criminal Procedure. The High Court only allowed examination of three additional witnesses and said that other witnesses could be called as defence witnesses.

The vacation bench of Justices Indira Banerjee and Ajay Rastogi said that a three judge bench has already passed an order of dismissal on a similar plea and therefore it cannot interfere. On May 24, a bench of Justices Arun Mishra, B R Gavai and Surya Kant had dismissed a petition filed by another accused in the case. The bench observed that the applications were part of delaying tactics and directed the trial court to complete the trial by June 20.

The incident relates to the death of one Prabhudas Madhavji Vaishnani in November 1990, which was allegedly due to custodial torture. At the time Bhatt was the Assistant Superintendent of Police Jamnagar, who, along with other officers, took into custody about 133 persons, including Vaishnani, for rioting during a Bharat Bandh.  Vaishnani, who was kept in custody for nine days, died ten days after release on bail.  As per medical records, the cause of death was renal failure.

Following his death, an FIR was registered against Bhatt and few other officers for custodial torture. Cognizance of the case was taken by the Magistrate in 1995. However, the trial remained stayed till 2011 due to stay by the Gujarat High Court. Later the stay was vacated and trial commenced.

While Senior Advocate Salman Khurshid, appearing for Bhatt, pleaded for the examination in pursuance of sections 233 and 311, Cr. P. C. of additional witnesses, Senior Counsel Maninder Singh countered on behalf of the Gujarat government that the examination-in-chief and cross examination of all prosecution witnesses has been duly conducted, the final arguments completed and the judgment has been reserved.

Though application under Section 311 CrPC was filed for examining additional witnesses, the Magistrate dismissed it. This was challenged in the High Court, which partially allowed the application by permitting the examination of three investigating officers.  The High Court said that other witnesses could be called as defence witnesses under Section 232 CrPC.

Bhatt is at present in custody in an alleged drug planting case of 1996. Last month the Supreme Court had dismissed his bail plea in that case.