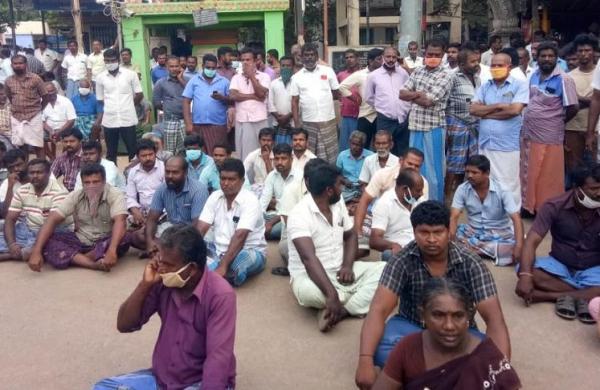 Following the custodial death of a 60 year old timber trader and his 31 year old son on Tuesday in Sathankulam district Tamil Nadu, Madras High Court bench at Madurai has taken suo motu cognisance of the incident.

A bench of Justices PM Prakash and B. Pugalendhi has sought a status report from the Superintendent of Police over the death of the two accused who allegedly died in police custody mysteriously, ten days after their arrest.

The Court has also directed the Distract Administration of Tirunelveli to provide necessary infrastructure and support to the DM who is conducting the inquest into the death of the father-son duo. There shall be not be any interference whatsoever in his work, the court added.

Further to this, the division bench has also stated that the post-mortem of the bodies shall be done by a team of three experts and shall be videographed.

The court added that the public must be informed of the fact that the High Court bench is closely monitoring the case and instill "confidence in them".

Bench also directed that social distancing norms must be maintained during the funeral procession of the two deceased.

The timber trader was arrested for opening his shop beyond 9 pm and was escorted to the police station for an inquiry.

The High Court took note of the submissions made on behalf of the Respondents that two sub-inspectors of police station Sathankulam have been placed under suspension.

Further to this the Additional Advocate General also submitted that the Inspector of police has now been kept in waiting and the the Superintendent of Police, Tuticorin has taken action against two head constables attached to the Police Station where the father-son duo were held.

Tension gripped across the district on Tuesday after the duo were allegedly killed in police custody. Kin of the deceased and the traders have suspected police torture for the death of the duo and protested seeking severe punishment against 13 police personnel.

Condemning the killing of two traders in police custody, traders bodies shut down shops at Sathankulam.

The case will now be taken up on June 26 for further consideration.