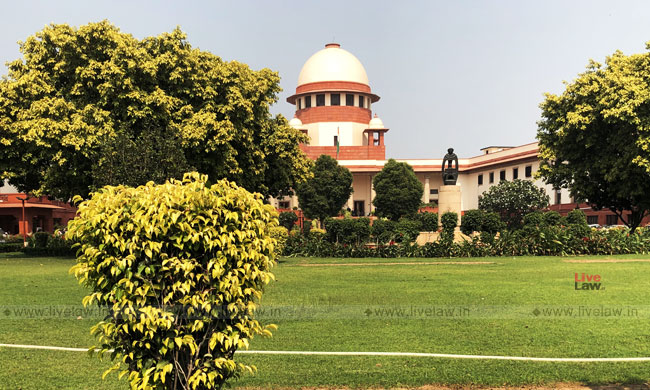 The Supreme Court five-judge bench headed by Justice N. V. Ramana on Thursday deferred to December 10 the hearing in a string of petitions challenging the restructuring of Article 370.

After the 4 weeks' time sought by the Centre for filing its reply, when the cases were taken up by the court on Thursday, the bench was of the view that there being many connected matters, the hearing would proceed more smoothly if the opposite sides prepared a common compilation of all documents.

The bench was not even inclined to consider the issues of partitioning of services and assets at the outset, until the exercise of readying the compilation is completed.

On November 9, the Central govt. had submitted its reply in the matter.

It is noteworthy that in its affidavit, the Centre had said that since the state was under the President's rule at the relevant time, the Parliament was vested with the powers otherwise exercisable by the Legislature of the state. Thereby, in view of Article 356(b), the Parliament was well within its powers to legislate on the J&K Reorganization Act, 2019. It had also claimed that the bifurcation of J&K was done in order to address the grave problems of terrorism, militancy and separatism perpetrating in the valley.

The petitioners in the plea against abrogation of Article 370 of the Constitution have remarked that the case is not about the desirability of Article 370 and that the Court must delve into the question whether the Central Government could use the temporary cover of President's Rule in order to effect a permanent and irreversible alteration in the Federal structure of India.

"…this is not a case about the desirability of Article 370 of the Indian Constitution, the policy arguments for or against its existence, or about the politics of the state of Jammu & Kashmir. Rather, the questions raised in the case are far simpler: can the central government, using the temporary cover of President's Rule, effect a fundamental, permanent, and irreversible alteration in the federal structure, without any participation by the elected representatives of the state, or for that matter, the participation of any of the institutions of the state duly established under the law?" the common rejoinder filed by the Petitioners read.