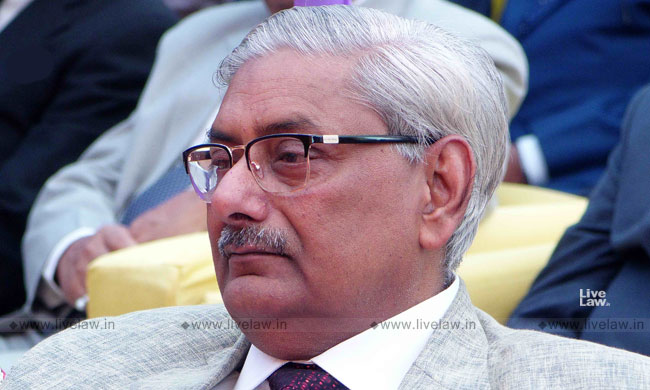 In the context of Justice Arun Mishra threatening Senior Advocate Gopal Sankaranarayanan with contempt action during a hearing, the Supreme Court Advocates on Record Association has passed a resolution.

The Executive Committee of the SCORA expressed deep concern over the incident, which happened during the hearing in the Indore Development Authority case before the Constitution Bench headed by Justice Arun Mishra yesterday.

"Several members of the bar have repeatedly been raising such grievance about the unwarranted treatment and passing personal remarks by Hon'ble Justice Arun Mishra.

"We request Hon'ble Justice Arun Mishra to be little more patient in dealing with lawyers", the resolution said.

The association reminded that the duty to maintain dignity and decorum of the Court is cast upon both lawyers and judges.

Senior Advocate Vikas Singh has written to President of the Supreme Court Bar Association to convene an urgent Executive Committee meeting and pass a resolution condemning the incident and seeking an apology from Justice Arun Mishra.

"Terrorizing the lawyers under the threat of contempt and not allowing them to argue under the threat undermines the fundamentals of the justice delivery system", Senior Advocate Vikas Singh said in the letter.

As a first step of protest, the advocates should refrain from standing up when the judges enter the Court room, Senior Advocate Vikas Singh suggested.

Yesterday, Justice Arun Mishra told Senior Advocate Gopal Sankaranarayan that his arguments in the case concerning interpretation of Section 24 of the RFCTLARR Act were repetitive and threatened him with contempt if he persisted with the submissions.

"You are making a mockery of the justice delivery system! We are hearing patiently. And You are commenting on every query? Retorting on every query? If you make one more retort and I will take contempt against you and make sure it is seen through!...Now If you have any new points, you may only make them!", Justice Mishra told the Senior Advocate.

At this point, Mr. Sankaranarayanan excused himself from the hearing and left the Court room. 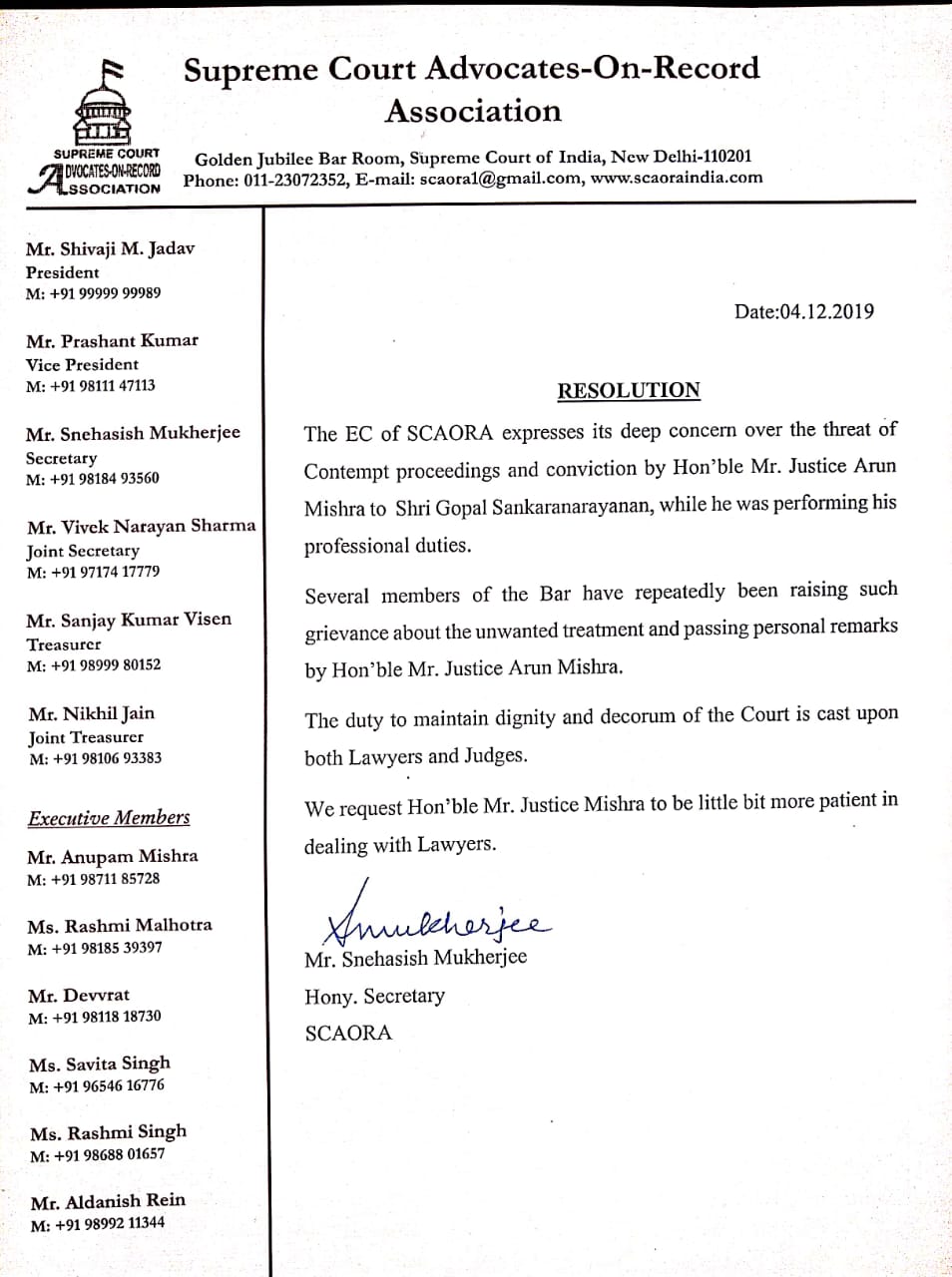