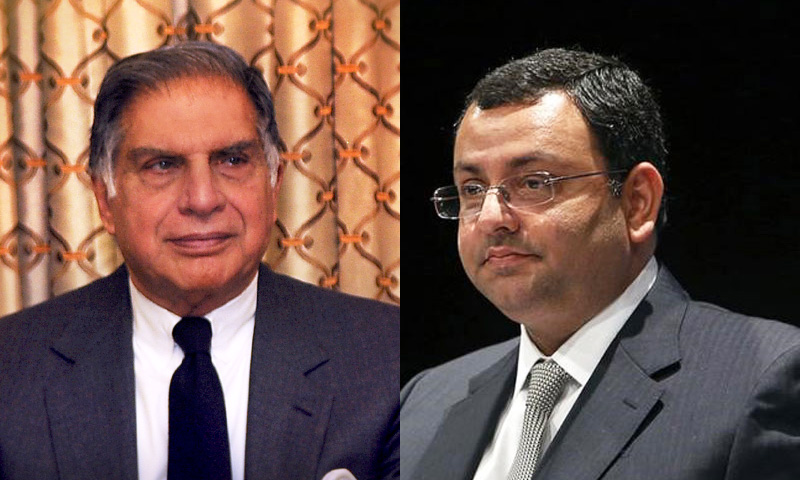 The Supreme Court on Friday agreed to hear Cyrus Mistry's appeal against the National Company Appellate Tribunal's (NCLAT) judgement which had reinstated him as the Executive Chairman of Tata Group.

By way of this cross-action appeal, Mistry has sought expansive relief against the Judgement.

A bench of Justices AS Bopanna & Hrishikesh Roy tagged the appeal with Ratan Tata and Tata Group's appeal challenging the same judgement passed by the NCLAT in December 2019.

"Tata group had come up by way of Special Leave. Our grievance is that Article 121 [of the Articles of Association] was misused and Tribunal made an error"

Senior Advocate Harish Salve appeared on behalf of Tata Sons (& Ratan Tata) and stated that appeals of both sides can be heard expeditiously.

Bopanna J : "If the appeal is pending (SLP), then this needs to be tagged with that"

On January 10, 2020, In a temporary relief to Tata Sons Pvt Ltd, the Supreme Court had stayed the NCLAT Judgement of December 2019 (which reinstated Cyrus Mistry as the Executive Chairman of the company).

On January 24, the Top Court had issued notice in a plea filed by Tata Sons assailing the decision of the NCLAT wherein it had rejected an application seeking a modification of its December 2019 judgment.

Allowing Mistry's appeal, the Appellate Tribunal had set aside the judgment of Mumbai bench of National Company Law Tribunal (NCLT) that had upheld the appointment of N Chandrasekharan as Chairman in his place.

Further, the two member bench had observed that the tribunal's remarks against Cyrus Mistry were "undesirable and based on extraneously sourced material" which is "wholly unsubstantiated."

The Appellate tribunal had noted that the Nomination and Remuneration Committee comprised of Cyrus Mistry, two Independent Directors, namely Farida Khambhata (10th Respondent) and Ranendra Sen (8th Respondent) and one Director, Vijay Singh (9th Respondent), a nominee Director of 'Tata Trust had appreciated Mistry's performance and that his removal had nothing to do with his lack of performance.

Thereafter, the tribunal had referred to Article 121 of Articles of Association and had noted that it was not open to the Respondents to state or allege that loss in Companies under the Tata Conglomerate was due to the mismanagement of Cyrus Mistry:

"The consecutive chain of events coming to fore from the correspondence referred elsewhere in this Judgment amply demonstrates that impairment of confidence with reference to conduct of affairs of company was not attributable to probity qua Mr. Cyrus Pallonji Mistry but to unfair abuse of powers on the part of other Respondents." - NCLAT

The Tribunal also questioned the action on the part of the Company, its Board of Directors to take action to hurriedly change the Tata Sons Limited from 'Public Company' to a 'Private Company' without following the procedure under law.